COVID-19 Update: Outbreak Continues Its Spread Across the Globe 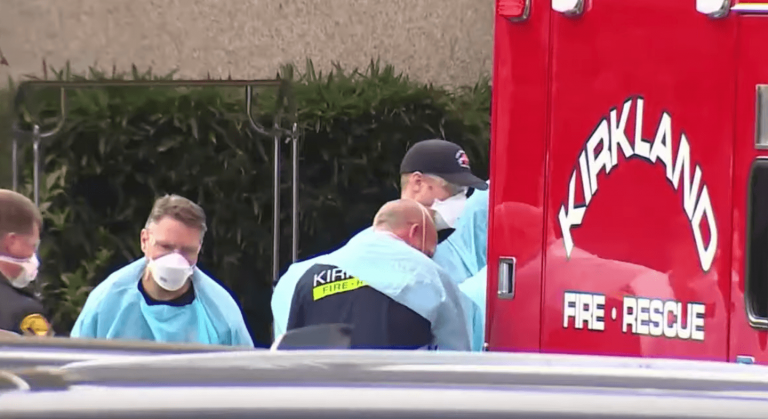 More than 108,000 people had been infected as of Sunday, March 8. (Image: YouTube/Screenshot)

More than 108,000 people had been infected with COVID-19 as of Sunday, March 8. There have been more than 3,700 deaths. More than 80,700 of those cases have been in mainland China, where 3,100 have died. But the number of new infections there is decreasing by the day, according to Chinese authorities.

WHO: Containment is the world’s highest priority

All countries should make containing the outbreak of Covid-19 their top priority, the World Health Organisation (WHO) said. The UN agency stressed that fighting the epidemic required countries to work together and praised Iran for “switching on” to the coronavirus outbreak there and taking a fresh “all-of-government approach.”

Italy’s government has placed more than 16 million people — a quarter of the population — under lockdown, in a drastic bid to prevent the spread of coronavirus. The Lombardy region, including the city of Milan, has been quarantined, as have other cities, including Venice, Parma, and Modena. Local authorities reported 49 new deaths on Friday, as well as 778 new infections.

The first case in Vatican City

The city-state reported its first coronavirus case. The spokesman Matteo Bruni said the discovery was made on Thursday and that outpatient services in Vatican clinics had been suspended to sanitize the areas.

Pope Francis did not appear at his palazzo window in the Vatican to deliver his Sunday blessing and remarks amid the growing coronavirus epidemic in Italy. Instead, a live stream of him reading his comments and reciting prayers was broadcast on screens set up in St. Peter’s Square to the faithful. After he read his speech from the Vatican’s apostolic library, he made a brief appearance at the window of the Apostolic Palace to greet the worshipers.

Three more people have died of COVID-19 in the Seattle, Washington, area as cases spread to at least 25 states. The Washington Department of Health announced the deaths in an update Saturday afternoon. That brings the total number of deaths in the state to 16. Washington state now has 102 confirmed cases of COVID-19, most of them in King County where a nursing home is at the epicenter of the outbreak and 15 people have died.

The coronavirus’ deadly reach has also spread to the East Coast, as health officials announced Friday that two people who tested positive died in Florida. The Florida Department of Health said the two people who died were in their 70s and had traveled overseas. One victim was a man with underlying health issues in Santa Rosa County, located in Florida’s Panhandle, and the other was an elderly person in Lee County, in the Fort Myers area.

The U.S. death toll from the coronavirus was 19 as of Sunday, including 16 in the state of Washington, two deaths in Florida and one in California. Total cases of COVID-19 in the U.S. have increased to almost 500.

Meanwhile, The U.S. Centers for Disease Control and Prevention updated its guidance and is now warning older adults and people with severe medical conditions including heart, lung, or kidney disease to “stay home as much possible.” People in those categories are also advised to avoid crowds. The information on the CDC’s website was updated Friday.

Some 3,500 passengers aboard the Grand Princess cruise ship remained in limbo as the ship circled in international waters off the coast of California, before receiving word that it is permitted to dock in the port of Oakland. As of Friday, of the 46 people tested aboard the ship, 21 tested positive. Two were passengers and 19 were crew members.

Ten people have died and 23 are missing after a hotel housing people quarantined by the coronavirus collapsed in the Chinese city of Quanzhou, authorities in the city said Sunday.

A total of 71 people were trapped under the rubble after the hotel collapsed Saturday night local time and 38 people have now been retrieved, China’s ministry of emergency management confirmed.

Pictures from the site showed rescue workers clad in hard hats, goggles and face masks carrying injured people away. Authorities said more than 1,000 first responders were working on the scene. It was unclear what caused the collapse.

Moscow threatens prison for those who fail to self-isolate

Moscow city authorities threatened prison terms of up to five years on Sunday for people failing to self-isolate in their homes for two weeks after visiting countries hit hard by the coronavirus outbreak.

The city government had announced a “high alert regime” and imposed extra measures on Thursday to prevent the spread of the illness in the Russian capital. Those who return from China, South Korea, Iran, France, Germany, Italy, Spain, and other states showing possible “unfavorable” signs of coronavirus should self-isolate themselves at home for 14 days, Moscow city hall has said.

The Moscow healthcare department said on Sunday that those disregarding the regulation risked severe punishment, including imprisonment of up to five years.

The fall in global stocks has been precipitous and swift, with trillions of dollars in value wiped off markets in a matter of days. Driving the decline: the spread of the novel coronavirus around the world, which is dealing with an unexpected shock to the economy.

Despite the velocity of the plunge — which has been undeniably dramatic — stocks are experiencing a garden variety correction. The S&P 500 finished Friday down more than 12 percent from its all-time high reached on February 19. A bear market would require a fall of at least 20 percent from that recent peak.

As with corrections in December 2018 and Black Monday in 1987, valuations are coming back down in anticipation of a hit to economic growth and therefore corporate earnings.