The Gulag Archipelago: An Expose of Soviet Communist Repression 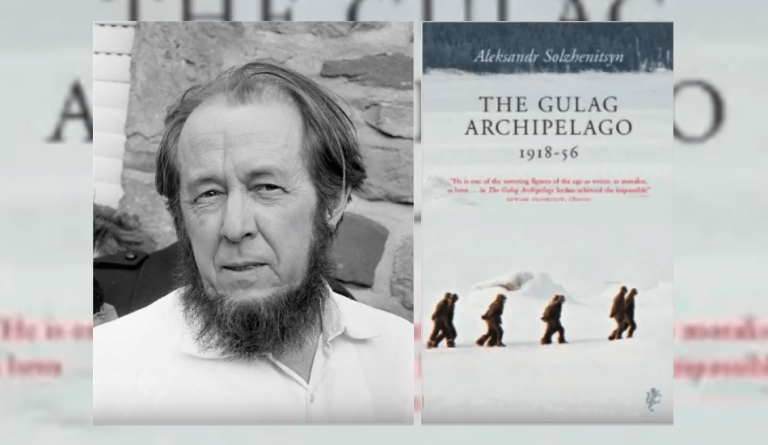 The Gulag Archipelago: An Experiment in Literary Investigation is a book written by Russian writer Aleksandr Solzhenitsyn. Published in 1973, it exposed the terrible conditions of Soviet Russia’s forced labor camp system that is popularly known as the gulag.

The book ‘The Gulag Archipelago’

The Gulag Archipelago was published in three volumes. The first two volumes cover the arrest, conviction, transportation, and imprisonment of gulag victims in the years between 1918 and 1956. The final volume details the attempted escapes as well as subversion from within the gulag system.

Solzhenitsyn was himself sent to eight years in a gulag prison for criticizing Josef Stalin. The writer includes his personal experience of the prison in the books, while also recounting the stories of hundreds of people who suffered in the system.

Conditions inside the prison were beyond horrible. “In the camps, prisoners were forced to work such long hours that they frequently didn’t even have enough time to sleep. The pitiful food rations might have been barely sufficient for people living a sedentary life, but were totally inadequate for people who spent all day doing hard physical labor.

In the harsh Siberian winter, they often had to make do with thin, threadbare jackets. The death toll was enormous, but that was all right with the Soviet officials,” according to Orthogonal Ideas.

The Gulag Archipelago starts off with Lenin’s decrees that were made after the October Revolution in which he proposed the establishment of a series of camps where “criminals” and political prisoners would be sent for forced labor. The book’s narration ends in 1956 when Nikita Khrushchev headed Russia, denouncing the personality cult of Stalin together with the surveillance and paranoia of the era.

After the first volume of The Gulag Archipelago was published in 1973 in France, Solzhenitsyn was vehemently criticized by the Soviet press. He was eventually arrested and exiled from the country the following year. Due to government pressure, people made hand-typed copies of the book and circulated them within the country. Readers had 24 hours to go through these copies after which they were required to give them to another reader.

Solzhenitsyn’s citizenship was restored in 1990 after the Soviet Union dissolved. Four years later, he returned to Russia and lived there until 2008 when he passed away. The Prime Minister of Russia at that time, Vladimir Putin, released an abridged version of The Gulag Archipelago in his honor. Almost 10,000 copies were published and sent to schools and libraries across the country.

When someone reads the book and realizes the cruelty unleashed by the Soviet government, they will likely be surprised by how communists were able to drum up such widespread support for their ideology among the intellectuals and common people.

The Gulag Archipelago gives an answer to this — “We now recognize, thanks in large part to Solzhenitsyn, that those Russians who praised communism did so because honesty would have meant months of brutal torture and imprisonment in Siberian gulags, where the death rate from freezing, starvation, beatings, and exhaustion was nearly as high as in the Nazi death camps,” says a write-up in Random Bio.

One also needs to keep in mind that the Soviet government promised people that it would usher in a new era of equality and prosperity. The common man simply got sucked into this promise only to be fooled into getting ruled by a force that crushed the native religion of Russia and mercilessly persecuted its critics.