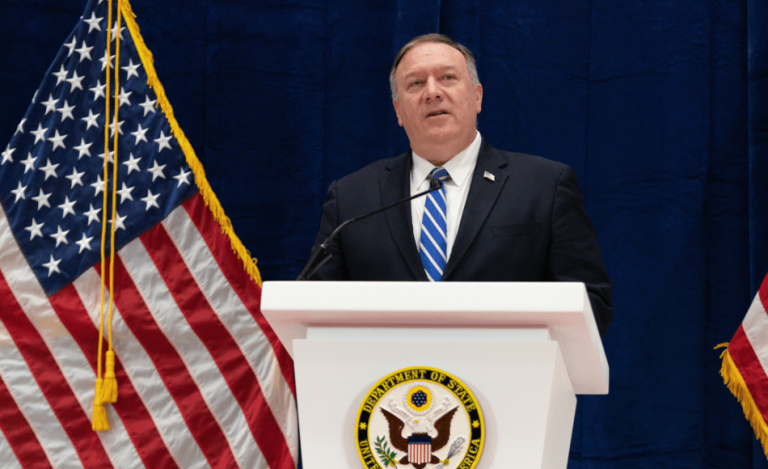 U.S. Secretary of State Mike Pompeo has hit out at the Chinese government for the Chinese censorship policies that he believes are playing a key role in the spread of the coronavirus. The virus has so far infected over 109,000 people globally and killed at least 3,816. China alone accounts for 80,735 infected and over 3,100 deaths.

“Censorship. It can have deadly consequences… Had China permitted its own and foreign journalists and medical personnel to speak and investigate freely, Chinese officials and other nations would have been far better prepared to address the challenge,” Pompeo said, as reported by ABC News. He pointed out that the flow of accurate information is critical in addressing this viral crisis and assisting not just the Chinese people but the entire world.

Pompeo requested governments to be frank when discussing coronavirus issues and cooperate with international aid organizations so that the outbreak can be brought under control as soon as possible. He also had some harsh words for the Iranian government, which is also said to be hiding information regarding the true extent of coronavirus infection in their country. Unfortunately, Iran does not have the medical infrastructure of China. As such, the Middle Eastern country could end up seeing much higher infection rates and death tolls very soon.

In China, the government has persecuted doctors, journalists, and common people for speaking about the coronavirus. Some have been arrested under the false pretense of spreading rumors. The state has cracked down on VPN services with greater intensity. “The current situation for VPNs is very similar to what happens during major government meetings in China… The authorities throttle VPN usage, rendering use of the foreign Internet near impossible,” Charlie Smith, who runs a website that tracks the performance of VPNs in China, said to Fortune.

Chinese people are getting increasingly frustrated by how the government is handling the crisis. On one hand, a deadly virus is spreading rapidly and on the other hand, the state silences anyone who speaks about it. And when the government does say something, people are left wondering whether they should believe it or not. State propaganda, aimed at creating a positive image of the government is getting thrashed online by citizens.

Probably the biggest setback for Chinese propaganda happened recently when the Communist Youth League unveiled the country’s mascots Jiangshan Jiao and Hongqi Man in traditional dress. When the league asked people to cheer the mascots on social media, the users not only refused but wrote some harsh words against the government, accusing them of putting on a show when hundreds of people were dying. The posts were deleted in just a few hours.

While on the one hand the Chinese government is censoring information, it seems to be using the opportunity to discredit groups viewed as anti-government. One victim of this propaganda is the Shen Yun Performing Arts troupe based in New York. Recently, rumors spread on social media that some of the performers have been infected with the coronavirus, asking people not to attend their shows.

The Utah Department of Health shut down this rumor on Twitter. “We are aware of several rumors regarding the Shen Yun dance troupe performances in SLC. We have investigated them and have no reason to believe that any members of the Shen Yun dance troupe are infected with COVID-19. These performances pose no risk to Utah residents,” it said in a tweet.

Leeshai Lemish, an emcee with the company, criticized the Chinese government for using a catastrophe and deaths of Chinese people to spread lies against Shen Yun. China has also spread rumors against Shen Yun in South Korea.