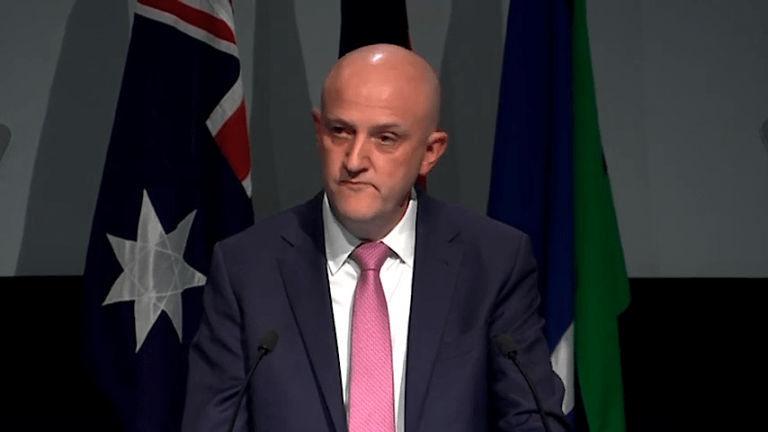 Mike Burgess, Director-General of the Australian Security Intelligence Organisation, warned that espionage activities targeting the country are higher now than at the height of the Cold War. (Image: Screenshot / YouTube)

“The level of threat we face from foreign espionage and interference activities is currently unprecedented… It is higher now, than it was at the height of the Cold War,” Burgess said at ASIO headquarters, as reported by Reuters. Though the spy chief did not directly name the countries that are a threat to Australia, experts are sure that he has China in mind.

Before the Australian general election in May 2019, the Australian parliament and three political parties were subjected to a cyberattack. Reports suggest that Australian intelligence officials identified China to be behind the attack. However, the Australian government chose not to accuse China due to the strong trade relationship between the two nations.

China is basically the biggest trading partner of Australia. If Beijing were to get angry and decide to teach Canberra a “lesson,” China could soon cut down on imports from Australia. This would have negative economic consequences for the Australian economy. It is this factor that keeps the Australian government from going all out and exposing China’s espionage activities.

Australia had also placed a ban on Huawei’s 5G equipment and recently refused to revisit the decision. The Australian government recently introduced a proposal by which ASIO will have the power to forcibly question potential foreign spies for up to 24 hours.

“Under the plan being worked on by the Morrison government, the questioning power would be expanded to apply to foreign agents of influence — including intelligence operatives and sleeper agents — who are suspected of being threats to the nation’s security.

This could include foreign spies, or their proxies, who are planning to launch cyber attacks, cause damage to important infrastructure and interfere in elections,” according to The Sydney Morning Herald.

The Australian Cyber Security Centre (ACSC) has revealed that the country’s banks are being targeted by a hacking group that is threatening to launch a denial-of-service (DoS) attack until their ransom demands are met. A DoS attack seeks to make a victim’s machine or network resource unavailable to users by disrupting the services of a host that is connected to the Internet.

“The ACSC is aware of a number of DoS for ransom threats being made against Australian organisations, primarily in the banking and finance sector… The threats in question are delivered via email, and threaten the recipient with a sustained DoS attack unless a sum of the Monero cryptocurrency is paid,” the organization said, as reported by IT News.

The cyberattack campaign is claimed to be waged by Silence, a Russian Advanced Persistent Threat (APT) group that usually targets financial institutions and banks. According to ACSC, they were unable to verify whether Silence is actually behind the attacks. However, the organization did admit that multiple cyberattack threats have been received of late.