Gardening by the Different Moon Phases 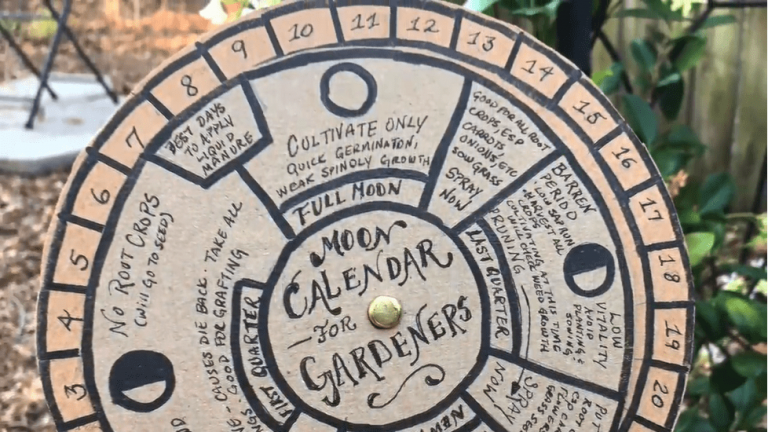 People usually plant their gardens by taking into account the seasons. In recent times, gardening by Moon phases has been getting popular with many people. This practice has actually been in existence for centuries, done by niche farmers and gardeners. Thanks to the Internet, the technique of Moon gardening has received more exposure.

Planting by the Moon

“The basic idea behind Gardening by the Moon is that the cycles of the Moon affect plant growth. Just as the Moon’s gravitational pull causes tides to rise and fall, it also affects moisture in the soil. Therefore, it’s said that seeds will absorb more water during the full Moon and the new Moon, when more moisture is pulled to the soil surface. This causes seeds to swell, resulting in greater germination and better-established plants,” according to The Old Farmer’s Almanac.

Plants are also said to be influenced by the Moon through geotropism, which refers to the way plant growth gets affected by gravity. Basically, the root grows downward in conjunction with gravity while the stem grows upward. Even if you plant something with its bulb pointed downwards, the stem will turn around and only grow upwards. Moon phases are divided into four quarters, with the first and third quarters signifying the New Moon and Full Moon.

In the New Moon phase, water moves up, causing the seeds to swell and burst. In combination with increased moonlight, the roots and leaves of the plants grow in a balanced manner. This is usually the best time for planting above ground annual crops that produce seeds outside the fruits. These include plants like cabbage, broccoli, cauliflower, and celery.

In the second quarter of the Moon phase, the gravitational pull becomes weaker. However, the moonlight remains strong. This is seen as a good time for planting crops that produce above ground but have their seeds inside the fruit. Beans, peas, squash, tomatoes, melons, etc., are ideal crops for planting during this period. However, do remember to plant them just before the New Moon ends so as to take advantage of peak moisture levels.

During the Full Moon period, the gravitational pull remains pretty high. This ends up creating more moisture in the soil. However, the moonlight will be decreasing. These conditions suit crops like carrots and beets.

Due to the active root growth, this period is also a good time for pruning and transplanting. In the last and final phase of the Moon, both the gravitation and moonlight strength will be decreasing. This is usually seen as a resting time. You should focus on harvesting, fertilizing, pruning, and transplanting during this period.

Some people plant their crops based on the Moon’s position in the zodiac. In a year, the Moon passes through all the 12 signs of the zodiac. The zodiac signs are divided into four groups based on their affinity to the four elements — air, fire, water, and earth. When the Moon is in Scorpio, Cancer, Taurus, or Pisces, it is said to be an excellent time for planting new crops.

“Gemini, Libra, and Aquarius are Air signs; Aries, Leo, and Sagittarius are under the sign of Fire. Air and Fire signs are considered barren, a time to skip the planting and focus on weeding and pruning. The sign of Libra is an exception to that rule, it is semi-fertile and good for blooming herbs and flowers, tubers, roots, and vines. Prune fruit trees during a fire sign; weed in the sign of Leo so seeds won’t sprout. Do your harvesting in a fourth-quarter fire sign to preserve fruit and vegetables for storage,” according to Mast General Store.