How Are Automation and Robotics Different? 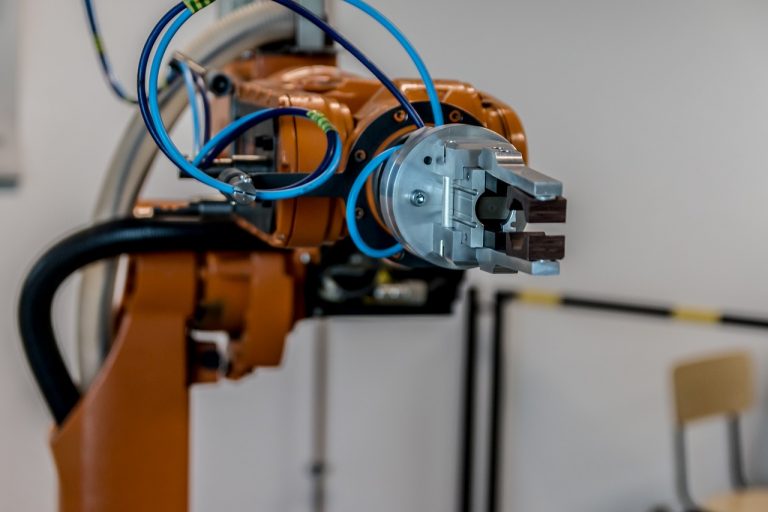 The discovery can aid soft robotics and other fields. (Image: jarmoluk via Pixabay)

Technology is a big industry, and it only grows bigger every day. You may hear terms like automation and robotics more frequently as technology continues to spread from field to field and enter our daily lives. However, you may have a few questions. If you’re new to the sector, you might ask, what are automation and robotics, and how are they different?

These two fields are similar in concept, but they have distinct features and properties that set them apart from each other. With their growing popularity, though, it can be hard to separate the two.

Luckily, you’re in the right place!

What are automation and robotics?

If you want to understand these two terms, the best place to start is with the definitions:

These two areas, while different, tend to overlap frequently in production and operation. However, not all automation incorporates robotics, and not all robotics is for automation.

Automation implements computer software, programs, and other forms of tech to carry out tasks that a person would usually be in charge of. It also breaks down into two different subcategories — software and industrial.

Both of these forms of automation are becoming increasingly common, especially in various workforces. They help businesses optimize time, efficiency, and resources.

You may experience this technology on the phone as customer service automation becomes more prevalent and efficient. As of 2020, experts predict that more than 85 percent of all customer service interactions will take place without the need for a human representative. You may also see it in industrial settings as part of machines. Both are examples of some of the best ways to implement this resource.

Robotics comes from engineering that creates and programs robotic machines. Developers, programmers, or users can later reprogram these devices to perform a range of tasks or responsibilities. This personalization is one of the primary differences between robotics and automation. While automation is a program for a specific duty, robots can have different roles based on their programming.

While some robots are autonomous, they don’t necessarily qualify as automation, which is where everything gets a little more confusing. Robots have audio and visual sensors that help them function, like when collecting or depositing inventory in warehouses. However, there are virtual robots too. These may take the form of computer programs that execute various digital processes — but they still aren’t automation.

Which do you need?

Since you now know the fundamental differences between automation and robotics, you may be wondering which you need for your business or personal life. You may also be curious about their uses in the field, too. Remember that, although they each have distinct operations, both require products and services for safety and handling. For instance, any tech with cords or wires should have protective coverings that prevent wear and damage.

If you want to invest in one or both of automation and robotics, you’ll want to ask yourself some questions:

For starters, automation and robotics can both help boost productivity, reduce repetitive tasks, improve maintenance, and work toward generating more profit. However, they each excel in different areas.

Automation is better for single, repetitive tasks and anything virtual. It’s ideal for the digital end of the spectrum, including customer support, autofill, business analytics, and taking inventory. Robotics, on the other hand, takes care of the physical end, helping with tasks like assembling parts, painting, handling materials, and maintaining warehouses.

Based on their abilities, you may prefer one technology over the other — or maybe you need both! These forms of innovation have changed the game for many businesses and lives, and they can do the same for you. Their possibilities are endless, and developers are just getting started.