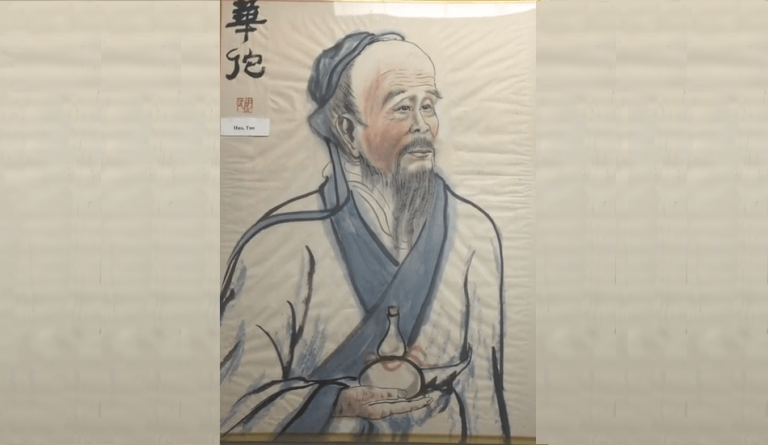 Many great medical experts of ancient times were Taoists with high moral values. Their self-cultivation enabled them to attain supernatural powers. Famous physician Hua Tuo of the Three Kingdoms period was one such Taoist. His methods of treatment could be very unique at times, too.

There was an official in the provinces who fell gravely ill. Hua Tuo visited him. After checking on the patient, he walked away without saying anything. Seeing the official’s son, Hua Tuo said to him: “Your father’s sickness is unusual. The blood in his belly is stagnant. We need to get him mad so that he can spit that out and recover, otherwise, he will die.”

The son was worried and asked for guidance. Hua Tuo asked: “Can you tell me all the wrongdoings and bad things that your father has done? I will write a letter condemning him.”

The son replied: “If that can cure my father, I will tell you.” He told Hua Tuo all the unreasonable things that his father had done over the years.

Hua Tuo wrote a letter using a scolding tone to criticize and accuse the provincial official. He then left. When the official was handed the letter, he read it and instantly became enraged. He ordered officers to arrest Hua Tuo, but he was already miles away and nowhere to be found.

Hearing the news that Hua Tuo could not be punished, the official went berserk and in the process threw up a pool of black congested blood. When that was over, his body was healed.