Artist Ben Li and His Views on Hong Kong 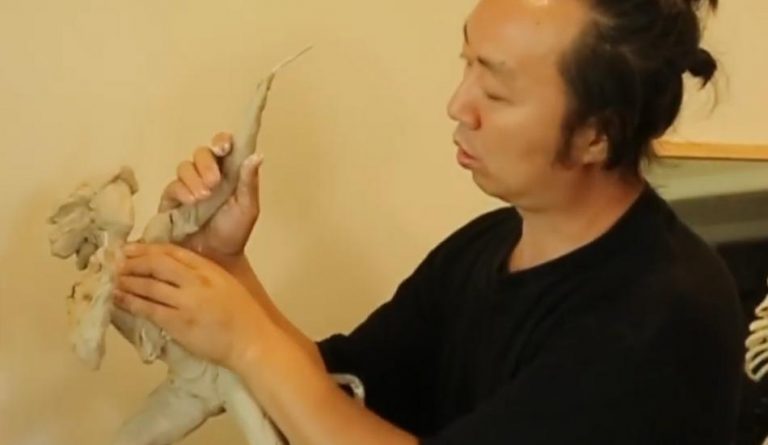 Ben Li is an artist from China who specializes in sculpture. (Image: YouTube/Screenshot)

Ben Li is a Chinese artist who graduated from the Central Academy of Fine Art in Beijing. He majored in sculpture and currently works both as an artist and as a teacher. Li specializes in figure sculpture, portrait sculpture, pottery, and public art installations. He often works with materials like stone and wood. In addition to sculpture, he is proficient in both sketching and oil painting.

The artist and his art

From a very young age, Li has always been curious to find out what the meaning of life is. Questions like “who we are,” “where do we come from,” and “what is the purpose of our lives” tend to often be dismissed by most people.

But for Li, these are important questions he feels compelled to explore. He sees sculpting as a language through which he can best express his view of life and show his gratitude to his Creator, as well as develop an understanding of good and evil.

“For me, the realistic figurative sculpture is the most powerful art form. Through a holistic approach combining composition, proportion, anatomy, gesture, and positioning, I am able to express my emotions, feelings, and artistic aspiration,” Li says on his official website.

Li believes that classical art was used by ancient masters as a way to pay tribute to divine beings and noble people. Li feels that pursuing this path opens up the potential of another artistic and spiritual renaissance that he would definitely love to be a part of.

Li has won numerous awards for his work. In 1999, he received the “Sense of Belonging” Grand Prize at the “Tree-Forest” sculpture exhibition in Italy. In 2005, Li was given the Excellence Award by the Ministry of Construction, China for the “Urban Sculpture Construction Project Award.” Exhibitions of his work have been held in countries like Spain, Austria, Bulgaria, France, Norway, Great Britain, and so on.

Ben Li is disturbed by China’s crackdown on the anti-extradition Hong Kong protests. After watching the police crackdown, the first thing that came into his mind was the 1989 Tiananmen Massacre. He remembers the statue of the “Goddess of Democracy” that was raised by pro-democracy protestors in Tiananmen Square in May 1989. The statue was destroyed by the Communist Party in June that year.

Li feels that a new sculpture should be created to support Hong Kong’s democracy. Daxiong, a comic artist, painted a series of comics in support of the protests. Li believes that it is his duty to stand with Daxiong and make a sculpture that represents the courage of the protestors. He also wants to make sculptures out of the characters that Daxiong has painted in his pro- Hong Kong comics.

He hopes that his artwork can affect the people of China. But Li realizes that it is almost impossible for the Chinese people to know the truth due to the strict censorship implemented by the communist government. However, he feels that just like the protests in Hong Kong, the people in the mainland will also rise up against the evil regime sooner or later.

Li criticizes the idea that politics and art should be kept separate. He feels that an artist must extract the truth of human history and convey it to present and future generations in the best way possible. He is sure that no place inside the mainland is similar to Hong Kong, which is what makes it extremely precious, thus justifying the title — Pearl of the Orient.