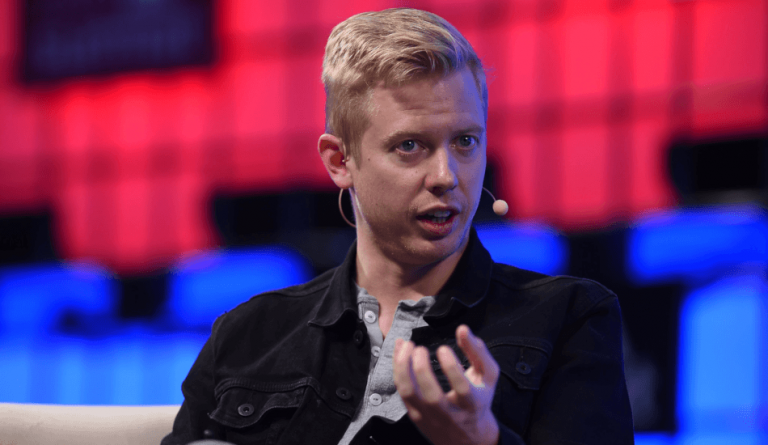 Steve Huffman, co-founder and CEO of Reddit, had some harsh words for Chinese app TikTok during a conference of Silicon Valley entrepreneurs and investors. (Image: Web Summit via Flickr)

Steve Huffman, the co-founder and CEO of Reddit, had some harsh words for the Chinese app TikTok during a recent conference of Silicon Valley entrepreneurs and investors. He accused the app of being parasitic due to its invasive nature.

The dangers of TikTok

When discussing the feature innovations of TikTok, Huffman took a strong stand against the idea that startups in Silicon Valley could learn something from the app. He was one of the few people attending the event who criticized TikTok. “Maybe I’m going to regret this, but I can’t even get to that level of thinking with them… Because I look at that app as so fundamentally parasitic, that it’s always listening, the fingerprinting technology they use is truly terrifying, and I could not bring myself to install an app like that on my phone… I actively tell people, ‘Don’t install that spyware on your phone,’” Huffman said to TechCrunch.

A spokesperson for TikTok called Huffman’s comments “baseless accusations” that were made without a shred of evidence. This isn’t the first time the app has come under fire for security reasons.

In December, the Pentagon sent a message to its employees warning them about the dangers of TikTok. Soon, the U.S. Navy banned the app from state-owned devices. Members who use the app were blocked from the Navy intranet. The U.S. Army had been using the app as a tool to reach out to Gen Z. However, the Army banned the use of the app in late September.

Australian Defense Forces banned TikTok in January citing security fears. Andrew Hastie, the Chairman of the Intelligence and Security Committee, praised the move and pointed out that the app could be bad for Australian teenagers as well.

According to China’s National Intelligence Law passed in 2017, Beijing can make any business share information with them. This has Hastie worried about the security of data of Australian citizens who use TikTok.

“I doubt if our information is secure when it’s owned by Chinese companies… TikTok is largely used by teenagers but they’re our future leaders… They’re our future political, economic, cultural and military leaders and we need to protect their information long term… I certainly don’t want my children’s data going to a foreign country who might use it for nefarious purposes,” Hastie stated, as reported by ABC News.

TikTok is one of the most popular social media apps for the younger generation. As such, concerns about its impact on Gen Z have been strongly voiced. To address the issue, the app recently added parental controls. These come under the “Family Safety Mode.” The feature allows parents to control who their kids can message, set screen time limits, and restrict their kids from accessing inappropriate content.

“To enable this mode, a parent has to link their own TikTok account to their child’s. To do this, both accounts have to switch on Family Safety Mode and identify whether they are ‘parent’ or ‘teen.’ The teen then scans a QR code from the parent’s phone screen, and has to consent to being linked,” according to Business Insider.

The app has also partnered with several creators to bring out a series of videos on safety and screen time management. These can be accessed from the TikTok Tips video series. The parental control feature was rolled out in the UK initially and will soon be available in other countries.