The Interesting World of Quarks and Gluons 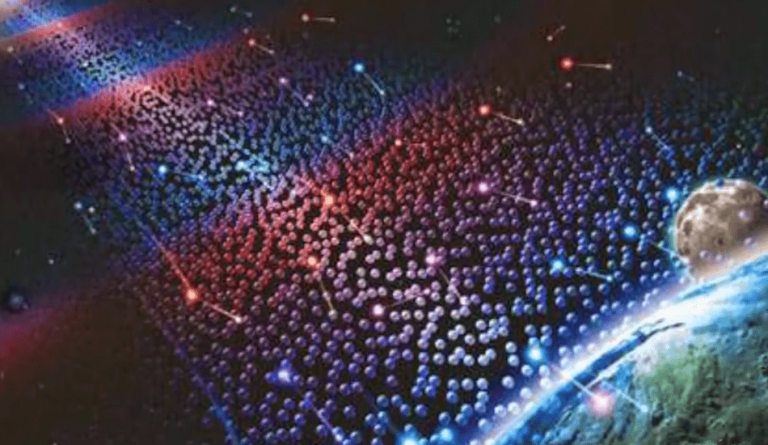 Quarks, which are smaller than protons, neutrons, and electrons, can be observed but cannot be isolated. (Image: Screenshot / YouTube)

When it comes to matter, it’s not just protons, neutrons, and electrons that pique the interest of scientists the world over. These subatomic particles are said to be made up of something that is much tinier — quarks.

“Like electrons and other leptons, quarks don’t seem to have any structure and appear to be indivisible… Quarks are so tiny that it’s mind-boggling to even try to express their estimated size… The radius of a quark is roughly 2,000 times smaller than that of a proton, which in turn is 2.4 trillion times as small as a grain of sand… One of the odd things about quarks… is that they can be observed, but they can’t be isolated,” according to How Stuff Works.

The existence of quarks was first proposed in 1964. Between 1967 and 1973, a series of experiments conducted at the Stanford Linear Accelerator Center confirmed the existence of quarks. Since you can’t isolate them, the only way to observe quarks is to use particle accelerators, speed up the electrons, and then probe the depth of the nucleus. The idea is that when you go deep enough, electrons will disperse the quarks, which allows scientists to measure them.

There are basically six types of quarks depending on their mass. These particles have a quality ascribed to them called color that is used to explain how the quarks are held together by the strong force. Color is carried by gluons, which bind the quarks together and act as the strong force’s messenger.

After the Big Bang, an energetic and hot liquid with a temperature of about 2 trillion degrees Celsius emerged. This liquid contained the building blocks of all matter in the universe. The particles cooled and eventually combined to create the known world, according to science. This mysterious substance is called the Quark-gluon plasma (QGP).

QGP is often referred to as “the perfect liquid.” “In addition to being very hot — hundreds of thousands of times hotter than the Sun’s core — quark-gluon plasma has low viscosity for what you’d expect… In other words, it flows very easily,” physicist Rosi J Reed said to Lehigh University News.

QGP has one of the highest measured values of vorticity of any liquid, meaning that it swirls pretty fast. Meanwhile, the existence of quarks raises another important question among scientists — is there anything smaller?

In 2010, scientists from Germany reported that they had successfully measured the size of a proton. Led by Randolf Pohl of the Max Planck Institute of Quantum Optics, the team replaced electrons in hydrogen atoms with a similar particle called a muon that is 207 times heavier than an electron. They discovered that muon-orbited protons were 0.84 femtometers in radius, which is about 4 percent smaller than those found in regular hydrogen.

This raised a question — do protons shrink in the presence of muons? If so, it would imply that a mysterious relationship exists between muons and protons. Last year, a paper from a group of physicists led by Eric Hessels of York University in Toronto provided an answer to this puzzle.

“Hessels and company have pegged the proton’s radius at 0.833 femtometers, give or take 0.01, a measurement exactly consistent with Pohl’s value. Both measurements are more precise than earlier attempts, and they suggest that the proton does not change size depending on context; rather, the old measurements using electronic hydrogen were wrong,” according to Quanta Magazine.  Protons make up for most of the mass of a hydrogen atom. It is about 2,000 times heavier than the electron.