Disease X: Is It the Wuhan Coronavirus? 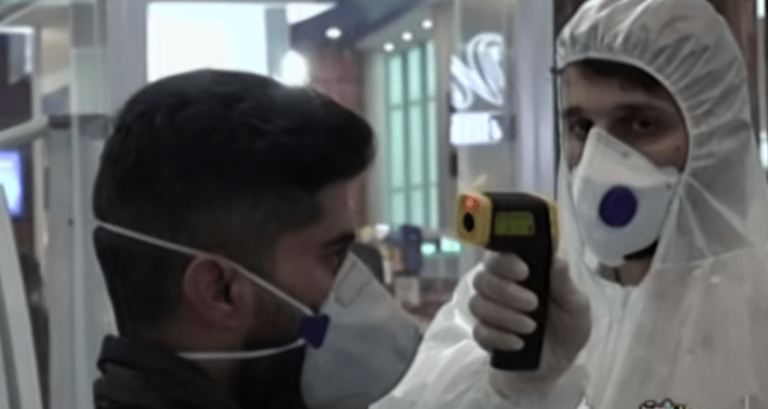 The terrible thing about the outbreak of the coronavirus in Wuhan is that for humans, it has all too many unknowns and uncertainties. (Image: YouTube/Screenshot)

The terrible thing about the outbreak of the coronavirus in Wuhan is that for humans, it has all too many unknowns and uncertainties, such as pathogens, routes of transmission, incubation period, and possibilities of cure.

While there is no cure for the current outbreak, one can take some comfort therapy to alleviate the symptoms, but the cure rate is very low. Some of the recovered patients soon relapsed after being discharged from the hospital and even died. According to the latest claims of Chinese Communist Party (CCP) experts, the virus will coexist with humanity for a long time, making it even more distressing.

The virus has not yet been remedied and cleared up, so let us explore whether ancient Chinese wisdom, passed down from generations, contains the real cure?

There is a concept in traditional Confucianism called: “To govern the country and bring peace to the world starts with cultivating oneself and maintaining a peaceful family.” The cultivation of oneself refers to improving one’s character, morals, and conduct. According to Confucian moral standards, this concept belongs to the spiritual realm. Maintaining a peaceful family, managing the state, and then bringing peace to the world can be considered the material realm.

In other words, in the eyes of the ancient Chinese, the spiritual and material aspects of life share an inseparable oneness. Self-cultivation for the Chinese ancients was a philosophy of life based on benevolence. This cultivation brings balance and harmony to the body, the family, and the land.

There are many manifestations of evil specters that can plague the world, one of which is this epidemic. According to ancient Confucian wisdom, the outbreak of the Wuhan coronavirus was caused by evil specters.

Find the source of the disease to understand the social chaos

A remedy has been revealed in traditional Confucianism. Even if the virus has a hundred disguises, they are essentially the result of evil energy. So as long as we find out the evil atmosphere that causes the disease, we will find a way to get rid of the disease. When we follow the chain of life — oneself, family, state, and the world — we see the evil atmosphere lurking everywhere.

Wide speculation holds that the Wuhan coronavirus came from the Wuhan Virus Research Institute P4 laboratory, and is most likely an artificially manufactured agent. From the beginning of the outbreak, the CCP has covered up the truth, leading to the epidemic spreading out of control. The conclusion is that if there was no CCP, there would not be a novel coronavirus.

With inadequate patient treatment and with the poor isolation measures, cross-infection and mild illness quickly turn into serious illness. Some patients do not even have palliative therapy, which in reality means letting patients die on their own. Some of the seriously ill people are loaded into body bags and thrown into incinerators while they are still alive.

With negligent family-based epidemic prevention measures, the CCP, on the one hand, carries out barbaric closed management, with patients being locked inside their homes without support.  This facilitates the spread of the illness to the whole family; often the entire family is wiped out.

On a national level, the actions taken by governments are confusing and contradictory. From the lockdown and quarantine of a city, the resumption of work orders, closure orders, inconsistent orders, change of orders from day to day, all causing chaos. Corrupt officials and institutions take advantage of the crisis to make money — stealing epidemic prevention materials and selling the goods for profit.

With the global spread now being called a pandemic, the CCP lies to the world and gets endorsed by the WHO to glorify itself. This has caused the international community to relax its vigilance against the outbreak, which has facilitated the spread around the world. The CCP has not only concealed the death toll, but it has also ordered the destruction of the epidemic data.

What is most eye-popping is that as the pandemic still rages, the CCP published an audacious book called The Great Power Fights the Epidemic, translated into 5 languages. The CCP is shamelessly touting itself as the global anti-epidemic leader. From the general perspective, the outbreak of coronavirus in Wuhan appears to be the result of the CCP’s evil, repressive atmosphere.

The cure for the disease: righteous thoughts and energy

Knowing that the outbreak resulted from evil energy, we can now deal with it more effectively. When people cannot fill their bodies with righteous energy, they will inevitably be invaded by evil energy — so the cure is righteous energy.

In his preface to The Song of The Righteous Energy, Wen Tianxiang, a patriotic hero from the South Song Dynasty, talked about his experience of being imprisoned in a dungeon. It had a dark and humid environment, dense and unventilated, filled with fecal materials and rotten rats.

Wen Tianxiang summed it up as seven kinds of evil energies. He said he was imprisoned in it for two years, but was in good health and without disease because of his attention to the cultivation of righteous energy. This is a very illustrative and inspiring example.

Plagues are evil specters that exist between heaven and earth: “If the human body is solid and strong, then the evil cannot penetrate.” In other words, the evil specter avoids people who have righteous energy.

How to resist evil spirits: cultivate a righteous spirit

So in an evil environment, how do the Chinese people resist evil specters? The first priority of cultivating righteous energy and getting rid of evil energy is to withdraw from the organizations of the CCP, that is, withdraw from the Party, the Youth Group, and the Junior Pioneers.

The second priority is to stand up and speak the truth when you know the lies from the CCP. Between security and conscience, choose the latter and the Divine will certainly grant you righteous energy and blessings.

Now that the epidemic is spreading around the world, how can people in the international community resist the invasion of evil energy? The truth is the same as in China’s epidemic areas — people should take the usual protective measures, by paying attention to their bodies, in order to get rid of the epidemic at an early stage.

In addition, it is necessary for people to return to the traditional values of goodness and virtue. The evil energy will not invade your body — that means the human body’s immunity will be greatly enhanced.

Just as the outbreak of the coronavirus in Wuhan rages, hundreds of billions of locusts are about to invade China. The outlook for food security this year is worrisome. It can be said that evil energy can also be manifested as a variety of disasters. When facing the current epidemic, on the spiritual level, cultivate righteous thoughts and energy, and resist the evil spirit of the CCP so that you can avoid the catastrophe and hope for a better future.