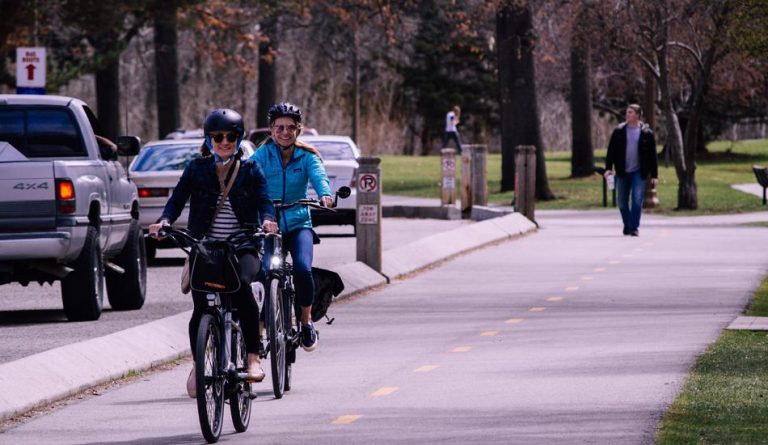 Air pollution is one of the major challenges facing urban areas. To deal with this issue, many countries have started promoting bicycles for short-distance transportation. In Germany, the government is constructing a 62-mile-long highway, called RS1, exclusively for cyclists.

“The bicycle highway looks like a traditional road, with passing lanes, overpasses, underpasses for crossroads, and even streetlights. The great benefit to riders, however, is that they won’t have to worry about buses, cars, and trucks tailgating them or coming up from behind. Instead, they will have a clear road, aside from the other cyclists, for miles and miles. All bikeways and pedestrian paths are completely separate from any vehicle lanes,” according to Interesting Engineering.

The concept of a bike highway came up in 2010 when a cultural project resulted in the closure of a major road. Over 3 million people took to bicycles and skates to travel around. The first 3-mile stretch of the highway was inaugurated five years later in 2015.

The complete 62-mile stretch was expected to be completed in 2020. However, things have not gone according to plans. Construction activities in some parts are stalled due to various reasons. As such, it might take a few more years for the full highway to become active.

RS1 will save cyclists around 50 percent of their commute times

But until then, cyclists can enjoy riding the finished lanes. According to estimates, the RS1 will save cyclists around 50 percent of their commute times once the project is completed. It will connect 10 cities and 4 universities.

Almost 50,000 cars will be displaced from German roadways, leading to savings in carbon dioxide emissions by up to 16,600 tons per year. In addition to Germany, other European countries, like Norway and the Netherlands, have also built bike highways.

Of all the cities in the world, Copenhagen in Denmark is often considered to be the most bike-friendly place. “Nearly half of all Copenhageners commute to work by bike and 35 percent of all people who work in Copenhagen — those who live in the suburbs included — commute on their bicycles.

Cyclists enjoy 390 kilometers (about 242 miles) of designated bike lanes, and Greater Copenhagen now has a “Cycle Super Highway” that connects the city to the town of Albertslund with plenty of amenities along the way, like air pumps, safer intersections, and traffic lights timed to average cycling speed to minimize stopping,” according to Mental Floss.

In Germany, the capital Berlin has one of the highest numbers of cyclists in the country, which isn’t surprising given the city’s wide streets, flat terrain, and multiple bikeways. The city has 559 miles of cycling paths that allow riders to get around without worrying about dealing with speeding cars or trucks.

The German city of Bremen has the highest bicycle modal share in the country. Cyclists can enjoy 418 miles of separated bicycle tracks. The Green Mobility Plan of 2018 envisages eight premium cross-city cycle routes by 2025.

Amsterdam in the Netherlands is another major cycling region in Europe. The city is estimated to be home to more than 800,000 bikes, which is almost equal to the number of people living in the region. The city administration is widening existing cycle tracks to accommodate more cyclists and is also adding new ones. By 2022, Amsterdam plans to improve the existing bicycle infrastructure as well as bicycle parking.