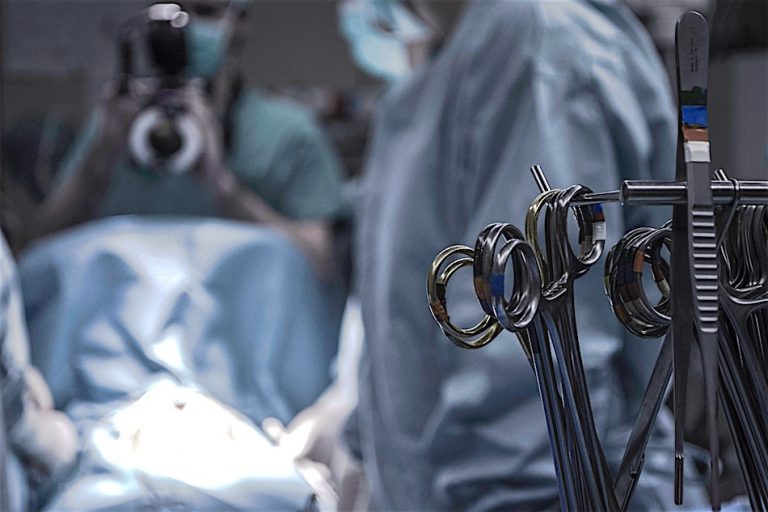 Since the year 2000, the organ transplantation system in the People’s Republic of China (PRC) has rapidly expanded. (Image: Piron Guillaume via Unsplash)

Since the year 2000, the organ transplantation system in the People’s Republic of China (PRC) has rapidly expanded. The executive summary from a new report published by the Victims of Communism Memorial Foundation about organ harvesting in China offers an insight into how rapid that growth actually has been.

“Over the four-year period from 2000 to 2004, according to Dr. Huang Jiefu (a key architect of China’s transplantation system), China more than tripled the number of hospitals performing transplants,” the summary stated from the report authored by researcher Matthew Robertson.

Robertson, a researcher for the foundation and a Ph.D. student in political science at the Australian National University, was at the launch of his report titled Organ Procurement and Extrajudicial Execution in China: A Review of the Evidence at a forum held in Washington on March 10.

Through the report, Robertson reveals how the PRC was able to build “one of the world’s largest systems of organ transplantation in only a matter of years.”

“Unlike other countries, however, China did this without the use of voluntary deceased donors as an organ source,” wrote Robertson in his report, which he stated should be taken as “a roadmap to the argumentation and evidence readily available.”

His report is also “an account of the varied responses to the evidence, and as a critical engagement with those responses. The report also includes a significant volume of new evidence from officially published Chinese primary materials.”

In investigating the rapid growth of organ transplantation and prompt accessibility of organs in the PRC, Robertson’s report sought to answer the question: “What is the most plausible explanation for the source of the organs?”

The answer, he found was, as other researchers have concluded, that prisoners of conscience were being killed on demand for their organs.

“Because the official explanation of death-row prisoners providing all organs for transplant is not consistent with the known evidence, we must look for alternative sources,” he wrote.

“Alternate populations, able to be blood-typed and killed on demand with impunity might include kidnapped beggars, vagrants, and other innocent parties; petitioners in detention; criminals who are convicted and do not have family visitors; and prisoners of conscience.

“Evidence points to all of these groups as targets, though by far the largest, most vulnerable, and most readily exploitable population is prisoners of conscience, most prominently (until recent years) practitioners of Falun Gong. A similar range of evidence from the past few years suggests the targeting of Uyghurs as well.”

It began in northern China during the early 1990s. Easy to learn and free, it quickly spread through China and beyond its borders. Due to the practice’s popularity, the Chinese communist state began to persecute Falun Gong practitioners in 1999.

In more recent years, there have been more than a million Turkic Muslims — mostly Uyghurs — thrown into a vast system of reeducation camps across China’s far-west Xinjiang region.

The release of Robertson’s report followed the March 1 publication of the final judgment of the London Tribunal into Forced Organ Harvesting in China.

Based on a year-long investigation, the tribunal’s report found that forced organ harvesting has occurred for the past 20 years “in multiple places in the PRC” and continues to this day.

Sir Geoffrey also spoke via video at the forum launching Robertson’s report. Robertson himself was a witness for the tribunal that was held in London from December 2018 to May 2019. Using statistical forensics, some of Robertson’s past research has revealed the falsification of Chinese organ donor registry data.

Watch this video about the tribunal and its findings:

Robertson hopes his report will change the way many in the international community approach the organ harvesting issue.

In his report, he stated the conclusions of the China Tribunal and “the finding of systematic falsification of organ registry data [by the PRC], and the evidence and inference in this report should lead to a shift in the terms of debate on this issue.”

“We have presented the most plausible explanation for China’s organ-sourcing practices, though we would be relieved if a more plausible scenario — that is, one fully able to account for the observed phenomenon, and more parsimonious than any other — were presented.

“At the same time, if the Chinese authorities had such an explanation, presumably they would have given it by now. In light of a new population of blood-typed political prisoners who are highly vulnerable to organ harvesting, we urge observers to examine the evidence on which our conclusion is based, consider our suggestions for handling the truth-status of the claims, reflect on the ethical justification for doing so, and act.”

In his report, Robertson outlines how the organ harvesting issue has largely been overlooked by important players, such as governments, international health organizations, and leading human rights groups.

“China’s organ-sourcing practices have been controversial since the inception of the field. Yet for the most part, key global constituencies — including medical associations, human rights organizations, scholars, major media organizations, and the relevant executive agencies of most Western governments — have not devoted resources to a close examination of the case,” Robertson wrote.

“Without commitment of resources, the public stance defaults to a largely uncritical adoption of the Chinese Communist Party’s official explanation as to the source of organs,” he stated.

Robertson pointed out that this explanation has changed three times.

To learn more and to read Robertson’s report click here.