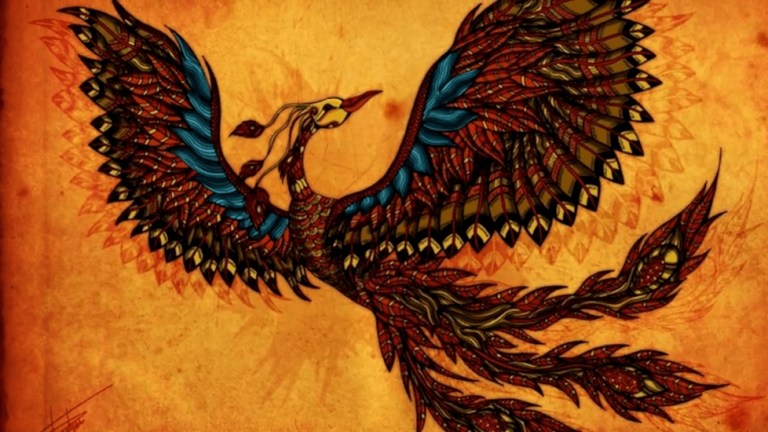 The phoenix is probably the most iconic mythical bird in human history. (Image: Screenshot / YouTube)

The phoenix is probably the most iconic mythical bird in human history. Multiple cultures, from the ancient Egyptians, Greeks, Chinese, and Arabs, revered the bird. In traditional Chinese culture, the phoenix, referred to as feng huang, was seen as a noble bird that was able to judge the character of human beings and confer blessings on the righteous.

The phoenix and Chinese culture

“In the earliest times, feng huang referred not to one bird, but two. Feng was a male bird, while huang was a female. Together, they were a metaphor for the yin and yang symbol, as well as a representation of the solemn relationship between man and woman. Later, feng and huang were combined into a single female bird and often paired with a male dragon. This is the Chinese phoenix most commonly recognized today,” according to Shen Yun Performing Arts.

The feng huang played a key role in the creation of the cosmos according to Chinese mythology. Pan Gu, the god of creation, is believed to have been the first living thing to have come forth from the egg of chaos. Four others followed — a dragon, a qilin, a tortoise, and a feng huang. These four are called the Four Spirits. They joined with Pan Gu to create the universe we now know.

The feng huang is seen as a symbol of grace and virtue. According to a 4th century B.C. Chinese text called Classic of Mountains and Seas, the head of the feng huang represents virtue, the back represents propriety, the wing symbolizes duty, the chest denotes mercy, and the abdomen stands for credibility.

The phoenix is considered so auspicious that its statues can be found at events like weddings. It is also seen as a symbol of a new beginning. During rough times, the bird is believed to go into hiding. Its appearance signals the start of a new, prosperous era.

In feng shui, the phoenix is a symbol of luck. When used correctly, the creature is said to bring auspicious chi both to your life and home. In landform feng shui, the phoenix is represented by the front yard of a house. Placing a large rock or creating a small raised area in the front yard is done to symbolize a feng huang. Having a phoenix and dragon statue in the southwest corner of the bedroom is believed to promote a happy married life.

The phoenix in other cultures

According to Greek historian Herodotus (484 to 425 B.C.), priests of Heliopolis claimed that the phoenix lived for 500 years. At the end of its life, the bird would build a pyre. The offspring of the phoenix would emerge from the ashes and fly away. Greeks believed that the phoenix never ate fruit. The bird was thought to collect myrrh and cinnamon to prepare the nest that would become its pyre.

In ancient Egypt, the phoenix was known to be a heron bird called Bennu. “The Bennu lived atop ben-ben stones or obelisks and was worshipped alongside Osiris and Ra. Bennu was seen as an avatar of Osiris, a living symbol of the deity. The solar bird appears on ancient amulets as a symbol of rebirth and immortality, and it was associated with the period of flooding of the Nile, bringing new wealth and fertility,” according to Ancient Origins.