Waistcoats and Hanfu: Period Clothing Coming Back in Style 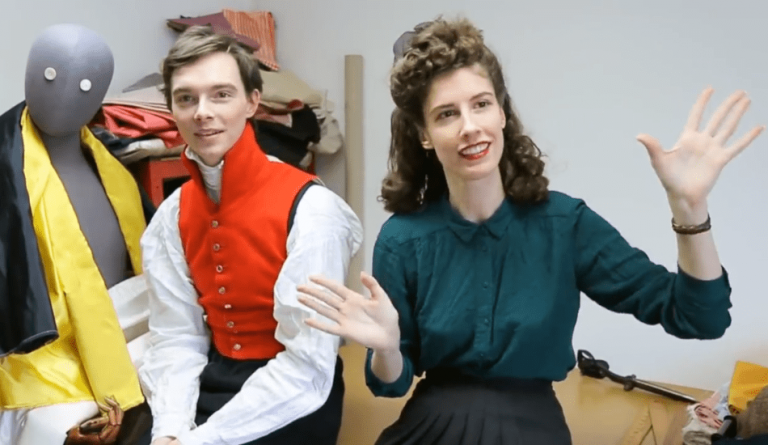 Some people reject all modern clothing in favor of styles that were in vogue decades or even centuries back. (Image: Screenshot via YouTube)

Many people seek new outfits, radically different from all known styles, when they want to project themselves as fashionable. In essence, fashion to them is defined by the rejection of existing styles and the adoption of new, never-seen-before ones. However, there are people who do the reverse — they reject all modern clothing and choose to wear old styles that were in vogue decades or even centuries back, such as China’s hanfu clothing.

Zack Pinsent from Brighton, UK, is in his mid-twenties. When he was 14 years old, Pinsent started dressing up in the Regency-era clothing style from the 1800s. More than 10 years later, he continues to dress up like the perfect gentleman. Pinsent says that this is the only style of clothing he feels comfortable in. A typical day’s dress usually includes a floral waistcoat, a riding jacket with long tails, and knee-high leather riding boots.

“When I got to sixth form I started to dress in historical clothing every single day. At 14 I made the symbolic decision to burn my only pair of jeans in a bonfire, it was a real turning point. I was quite surprised that in the leaver’s book I was voted as the best dressed. People weren’t necessarily saying that to my face but it was clear that there was an undercurrent of respect,” he said to Metro.

Emma Preston is 50 years old and is hooked on the 1950’s style. Her obsession with period clothing also started when she was 14 years of age. It was the eighties and girls were dressing up in denim, blazers, jackets, and so on. Not Emma. She wanted to wear something classier. Emma started out wearing the 1960’s styles and eventually found herself comfortable in the 1950’s clothing. Occasionally, she also wears clothes from the 1940s and 1930s.

“I just think it’s so much more glamorous and classy — it makes me feel more special when I wear it, because modern clothing can look so tacky and bland. The clothing I wear is much more colourful and vibrant and I’ve always lived with furniture and decorations from that period, too — it’s become my whole lifestyle,” she said to The Guardian. Emma also has people telling her she is younger-looking in her 50s attire.

In China, more and more youngsters are becoming interested in wearing the traditional Chinese clothing known as Hanfu. The attire has a history of 4,000 years. It was outlawed in 1636 by the Manchu. After the communists took over, traditionalism and anything associated with it, like clothing style, was seen as backward.

The Hanfu revival started a few years back through social media. Koreans have their traditional clothing known as hanbok, Japanese have the kimono, and the ethnic Chinese have their own forms of dress. The netizens wondered — what about Han Chinese? “People then started looking into the history books and researching Han people’s clothing… They found that they had a traditional costume dating back thousands of years,” Mo Li, chairman of the Sichuan Hanfu Association, said to Telegraph.

According to a report by data provider Hanfu Information, there were 2 million admirers of Hanfu in 2018, which is an increase of 73 percent from the previous year. About 88 percent were female with an average age of 21 years.

Most youngsters wear hanfu on special occasions, to take Instagram photos, and so on. But for some, wearing Hanfu gives them confidence. It tells them: “Yes, you are of this land.” That is a feeling they never get when wearing modern, Western clothes.