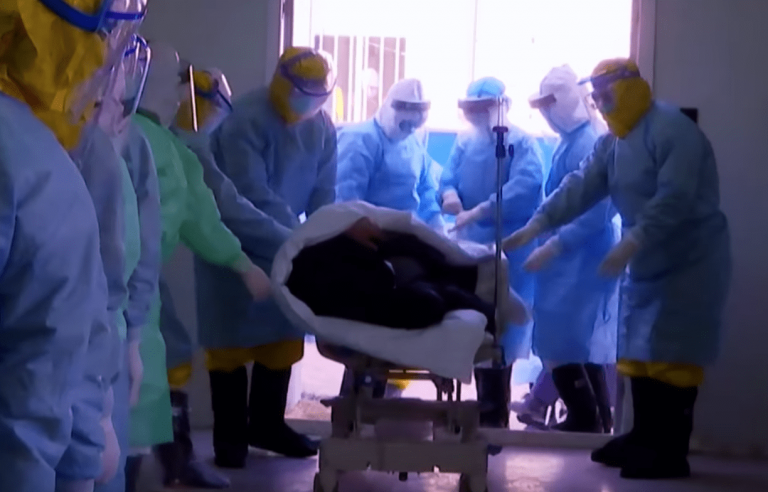 There are more than 169,387 global cases of Wuhan coronavirus with at least 6,513 deaths. (Image: YouTube/Screenshot)

Countries closed borders, cities from New York and Los Angeles to Paris and Madrid closed bars and restaurants, schools closed more classrooms and hundreds of millions of people closed their doors on one another as the authorities took ever more drastic steps to slow the spread of the Wuhan coronavirus.

The consequences of China’s harsh measures to halt the virus — restricting the movement of about 700 million people at one point — became apparent on Monday when the government released economic data showing industrial output falling to its lowest level in decades and unemployment rising at its highest rate ever in February.

While the economic ramifications of China’s approach are still playing out, the total number of cases outside the country has for the first time surpassed those inside it.

The Federal Reserve, seeking to steady financial markets, cut interest rates to near zero and said it would buy hundreds of billions of dollars in U.S. government debt. But global stocks still tumbled on Monday.

As the virus continues to spread across the United States, public life is increasingly shut down. The Centers for Disease Control and Prevention now recommends a ban on gatherings of more than 50 people (update: 10 people) for the next eight weeks.

And as Americans are asked to isolate themselves, the United States has stepped up plans to isolate itself from the world, with travelers from Britain and Ireland on Monday joining the list of other European countries barred from entering the country.

But even as a patchwork of new restrictions were put in place across the country — with different states and localities charting their own course — there was growing concern that hospitals could soon be overwhelmed.

Within Europe, countries are closing themselves off. The Czech Republic, Cyprus, Denmark, Latvia, Lithuania, Poland, and Slovakia have all closed themselves off to foreigners. And Germany, the economic engine of Europe, said that it would partly close its borders with five neighboring countries.

Still, the number of new cases across Europe continues to surge, and there is growing worry that the health care systems of Spain and France could soon face the kind of dire situation playing out in Italy — where doctors have had to make grim decisions about which patients to treat.

There is a scramble across Europe to step up the production of ventilators, with leaders calling for the kind of effort seen in wartime to produce munitions.

The Spanish government warned on Monday that it would probably extend the state of emergency and keep people indoors beyond the initial period of 15 days.

Wall Street plunged again Monday, despite emergency action from the Federal Reserve over the weekend to shore up the economy by infusing markets and Main Street with easier access to cash.

The chaos came just over 12 hours after the Fed unleashed a series of crisis response measures, slashing rates to almost zero Sunday night, injecting cash into Treasurys, and announcing coordinated efforts with central banks across the world to ensure liquidity as the coronavirus pandemic takes a hold on the global economy.