Actress Develops a Belief in Buddhism After Playing Bodhisattva Guanyin 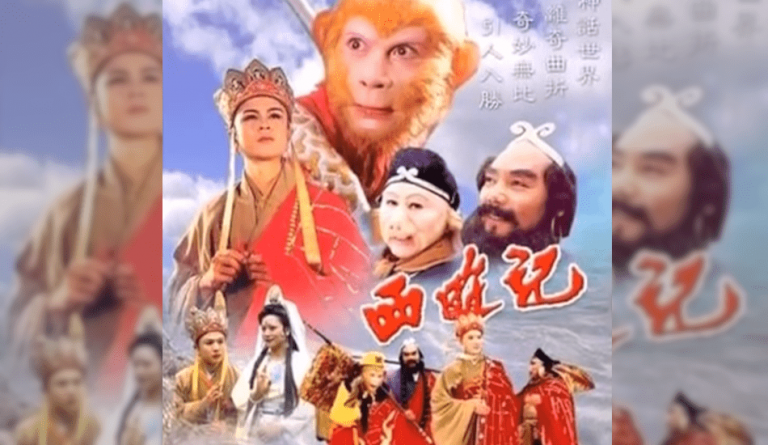 The perspective of a story determines who is telling it and how much information is revealed. (Image: Screenshot via YouuTube)

Published in the 16th century, the classic Chinese novel Journey to the West may well be the most popular book in all of East Asia. Based on historical events and influenced by Chinese mythology and folktales, it has won the hearts of those who know the story that features Bodhisattva Guanyin.

The book’s 100 chapters tell the tale of a Buddhist monk named Tripitaka as he goes on a pilgrimage in search of sacred texts. He is accompanied in his quest by three companions, each of whom has been charged by Bodhisattva Guanyin to protect the monk along the way, with Sun Wukong, or the Monkey King, probably being the most well-known of the group.

With the advent of technology, Journey to the West has been made into both movies and television shows, and audiences have enjoyed the story’s portrayal for many years. One particular favorite in China was the 1986 TV adaptation, which was widely seen by audiences throughout the country.

On screen, each actor played a unique character, and their classic attire and moving performances sparked the interest and admiration of the show’s large viewing audience. Among the story’s characters, the most popular was that of Bodhisattva Guanyin, who was played by Zuo Dayi. Her character gave the audience a sense of compassion, mercy, and kindness, traits all associated with Bodhisattva Guanyin. Part of the appeal of the character was due to Zuo herself.

Born in Changsha, Hunan Province, in September 1943, Zuo went on to become an outstanding performer in the Xiang opera troupe. Later, while playing the role of Guanyin in the TV series Journey to the West, she won over audiences as she meticulously acted out the gestures and charm of Bodhisattva Guanyin. Through her great talent and acting skills, Zuo successfully transformed herself into a supernatural image, thus gaining widespread admiration.

During the filming of Journey to the West, Zuo had some rather unusual experiences. For example, whenever she played the role of Guanyin, the cloudy weather would gradually transform into a sunny day, and everyone’s mood would become lighter.

Zuo herself felt a bit strange at times, and she noticed that her movements and words required no retakes, as they seemed to come naturally. These different phenomena would make the crew say: “Avalokitesvara [Guanyin] has appeared.”

Some of the scenes for Journey to the West were filmed in Chengdu and the temples of Mount Emei. On one occasion, the day was especially cold and gloomy, but the scene required a bright, sunny day.

The director joked with Zuo saying: “Bodhisattva Guanyin, please show mercy and bless us with a good day.” Upon hearing this, Zuo spontaneously clasped her hands and started chanting. Miraculously, not long after, the clouds began to clear up!

Zuo recalled with a smile: “This did not happen only once or twice where people said that Guanyin is blessing me. Many people believe in Guanyin. There were instances, after filming, of people wanting to take pictures with me. I told them to line up. Of course, they believe in Guanyin, not in Zuo Dayi, but when I played the role of Guanyin, I represented this image, which was a comfort to people.”

There were a lot of memorable moments that took place while filming the show.

On one occasion, when Zuo was on the mountain with the filming crew, the crowd rushed toward her, saying they wanted to see Bodhisattva Guanyin. Children surrounded her, and some rural folks had even traveled a long distance to see her, treating her as Guanyin and kneeling down to worship her. No matter how Zuo explained that she was only an actor, people just did not accept this fact.

While filming in Kunming, a farmer and his son traveled a long way just to see Zuo, driving over a very mountainous road. The moment the farmer saw her, he fell to his knees, mumbling about the great compassion of Bodhisattva Guanyin, and asking that she bless his son.

There were also times that Zuo went to the temple to pray, and upon seeing her, devotees would shout: “Guanyin has manifested herself!” They then knelt down to pray. While filming scenes, some tourists clasped their hands together in worship of Guanyin, often putting Zuo in an awkward situation. Some people even printed Zuo’s picture and turned it into Guanyin’s portrait!

Reflecting back upon this time period, Zuo who was paid only US$8 per episode, said: “At that time, actors were simple and dedicated. They were not demanding, nor did they seek fame. All they wanted was to perform well.”

Zuo began to believe in Buddhism

Journey to the West received an enthusiastic response. Ten years later, there was a plan to film a sequel. The director personally went to Changsha to find Zuo and requested that she play the role of Bodhisattva Guanyin.

The director expected that Zuo’s appearance would have changed over the years, but when he met her again, he was surprised to see that Zuo had not changed. He humorously said to Zuo: “For 10 years, your appearance has not changed at all! Is it because you have obtained the elixir of Guanyin?” Zuo Dayi took up the role of the beloved Guanyin once more.

During this time period, there were many great actors in China who pursued art without a thought of fame or wealth. They instead aspired to do the best they could in portraying the characters they played, giving their all for little in return.

Journey to the West was China’s first mythical play. It has been broadcast more than 2,000 times over the course of the last 30 years, a testament to how deeply woven this story is throughout Chinese culture. Few stories have exerted such a profound influence on the film industry in China, and this amazing tale links the emotional memories of many generations of people throughout China.