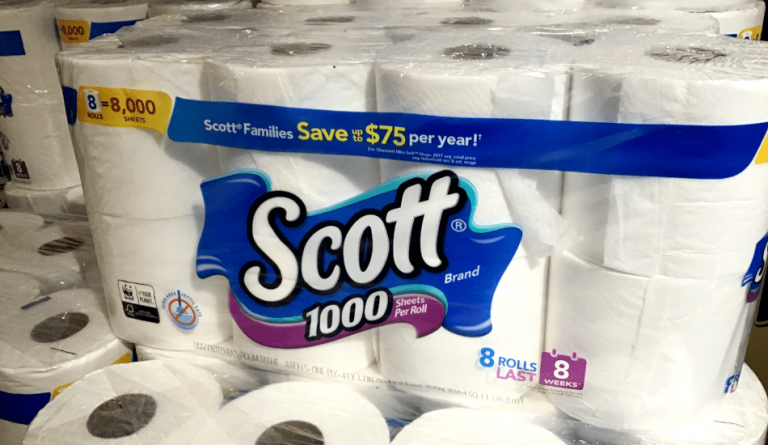 The Wuhan coronavirus outbreak has triggered panic buying of toilet paper among Americans. (Image: Mike Mozart via flickr CC BY 2.0 )

The Wuhan coronavirus outbreak has triggered panic buying of toilet paper among Americans. Many supermarket chains have run out of toilet paper. Some have put restrictions on how many rolls a customer can buy. The trend has caught the attention of many people who are wondering what the obsession with hoarding toilet paper means.

Human beings roughly have four basic needs — to eat, sleep, have shelter, and empty their bowels and bladders. The first two are unavoidable. The absence of the third can be survived for some time.

When it comes to the fourth one, most people don’t just want to get it done, whether in a toilet or behind some bush in a jungle, they want to make sure emptying the bowels can be done cleanly. To not wipe afterward would seem like an ugly, frightening thing to go through for many Americans who pride themselves on cleanliness.

“Toilet paper has primal — even infantile — associations, connected with what is arguably the body’s least agreeable function in a way we’ve been taught from toddlerhood. Few, if any of us, remember a time when we weren’t acquainted with the product… We are also exceedingly social creatures, and we count on the community for our survival. People seen as unclean or unwell are at risk of being shunned — which in the state of nature could mean death,” according to Time.

Imagine being quarantined, having no toilet paper, and being kept away or mocked by members of the community for not wiping properly. Some people revealed that they would actually choose death over being humiliated this way.

Dr. Thea Gallagher from the Perelman School of Medicine at the University of Pennsylvania believes that buying toilet paper in these panic-inducing times allows people to believe that they have some control over the situation. However, this is simply a false sense of security.

“It’s an absolute illusion because this whole thing is rolling out and there’s very little we can do… Yeah, we can wash our hands and have some control, but that’s not ultimate control and I think it’s an illusion of control. I think that’s what people are trying to hold onto right now,” she said to Today.

Given the trend of declining infections in China, the U.S. should also see the Wuhan coronavirus outbreak slowly fizzle out in the coming weeks and life will get back to normal. Until then, toilet paper might be something that reassures people that they are at least living a civilized life amidst the chaos.

The Trump administration has extended its travel ban to include the UK and Ireland. Earlier, the U.S. banned travel into the country from people in Europe’s Schengen free movement zone.

People traveling from Europe into the U.S. are being funneled into 1 of 13 airports where they are being screened for infection and quarantined if necessary. This has resulted in long lines at airports and discomfort for numerous passengers.

“DHS is aware of the long lines for passengers who are undergoing increased medical screening requirements. Right now we are working to add additional screening capacity and working with the airlines to expedite the process,” Department of Homeland Security (DHS) Acting Secretary Chad Wolf said in a tweet.

More than 6,500 people in the U.S. have been confirmed to be infected with the Wuhan coronavirus. Over 100 people are dead. About 116 have recovered from the infection, while the vast majority continue to be under observation.

Authorities in Teaneck, New Jersey, have asked residents to self-quarantine to limit the potential spread of the virus. Vice President Mike Pence recently announced that every American citizen will be offered free coronavirus testing.