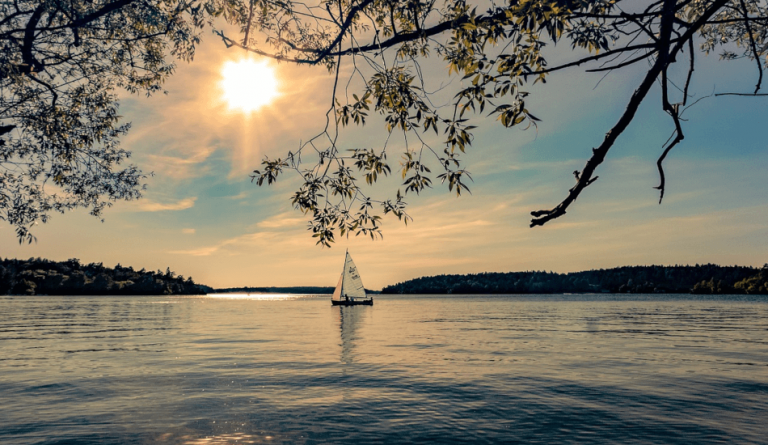 In life, being able to remain calm is not only a kind of wisdom, but also a kind of resilience. (Image: qimono via Pixabay)

In life, being able to remain calm is not only a kind of wisdom, but also a kind of resilience. Learning to keep calm is a valuable asset. It will let you see that once the stormy sea and dark clouds appear in front of you, anxiety and distress not only do nothing to help you, but oftentimes make things worse. On the other hand, keeping calm can help you hold your ground and recover from losses.

2 stories of wisdom to illustrate the point

Ten pieces of jewelry were stolen from a museum. Fortunately, a precious diamond ring was left behind. The police could not find any clues to the theft despite all their efforts.

The curator of the museum then suggested that he be interviewed by TV reporters.

Very soon after the interview was broadcast on TV, the police solved the case. The case was solved easily — several thieves were caught by the police while they were fighting with each other. The reason for their fighting? They suspected each other of hiding the diamond ring.

A rich merchant, trying to escape from the turmoil in his area at that time, sold all his possessions and bought diamonds with the proceeds. He obtained a specially made umbrella and hid all the diamonds in the handle.

Then he dressed as an everyday person and set out for his hometown with the umbrella, intending to live the rest of his life there. However, he came across an unexpected accident — he fell asleep on his trip, and when he woke up, the umbrella was gone!

Having been in the profession for several years and being familiar with loss by theft, the merchant checked his luggage and found that it was still with him. He believed the thief must not have been a professional one, but merely a passer-by who took his umbrella because it was convenient. He also thought it likely that the person was a local resident.

Based on his conclusions, the merchant settled down there. He bought some tools and made a living by fixing umbrellas. After two years, he still had not found his lost umbrella. But through his work, he understood that when an umbrella got old, some people would consider it not worth fixing and would buy a new one instead. So the merchant started offering to exchange a new umbrella for an old one, free of charge.

Many people brought their old umbrellas to him so they could get new ones. Very soon, a middle-aged man hurriedly brought a broken umbrella to him. He found that it was exactly the umbrella he lost. The handle was intact. The merchant gave him a new umbrella without saying anything. After that man left, the merchant closed his shop, packed his belongings, and disappeared.