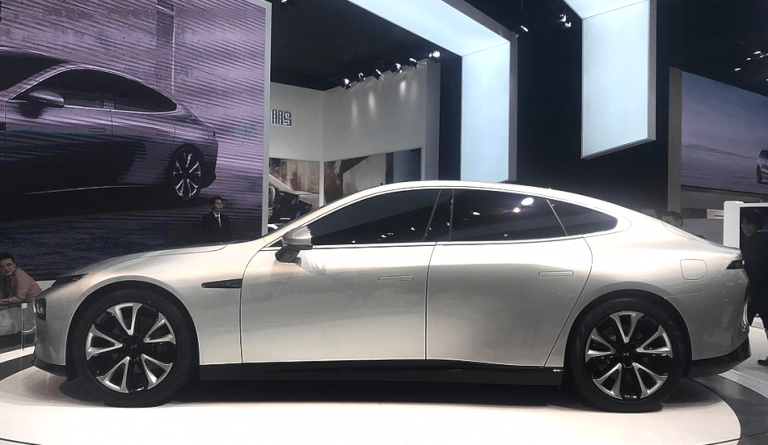 Xpeng, a Chinese EV startup, is expected to launch its battery-powered P7 car this year. (Image: Jengtingchen via Wikimedia Commons)

Xpeng, a Chinese EV startup, is expected to launch its battery-powered P7 car this year. China’s Ministry of Industry and Information Technology (MIIT) recently rated the vehicle with a range of 706 kilometers (424 miles). This has made some netizens claim that the Xpeng P7 has the longest EV range in the world, beating even Tesla models. However, this is not true at all.

The MIIT’s certification of a 706 kilometer (424 mile) range for the Xpeng P7 was done under the New European Driving Cycle (NEDC) standard, which is a system that is used to ascertain a car’s mileage. Tesla’s Model 3 is said to have a maximum range of 322 miles. At first look, the P7 seems to have beaten the Model 3 by a huge margin.

As such, the Tesla Model 3 remains unbeaten as the EV car with the longest range. However, the Xpeng P7 definitely has the best EV range of all Chinese brands. What is even more impressive is that a startup like Xpeng has actually come close to Tesla’s range.

“The P7 has a streamlined air grille and near-flat low wind-resistance bottom that the company claims gives it a drag coefficient of Cd0.236. Riding on front double wishbones and a rear five-link suspension, the upper and lower control arms, steering knuckles, and damper forks of the P7 are aluminum. The rear suspension swing arms are stamped parts. The company uses what it calls an iBooster intelligent braking assist system that provides a good pedal feel, more accurate braking force, and longer cruising range,” according to Electrek.

Xpeng’s P7 will use the latest generation prismatic cells. The battery pack will have an energy density of 170Wh/kg and a pack capacity of 80.87kWh. Interestingly, Tesla announced in February that they will be using prismatic cells instead of conventional cells for Model 3 vehicles produced in their Chinese factory.

The coronavirus outbreak has impacted Tesla’s operations in China. Due to supply chain disruptions, Tesla was forced to fit slower processors on Model 3 vehicles. The company has promised to upgrade the chips for free once supplies become normal. The processor is used by the vehicle’s autopilot system.

“Autopilot provides semi-automatic driving, for example by taking control of steering, accelerating and braking. Owners of new Model 3 vehicles produced in China expected to find the 3.0 processor in their cars — but found the 2.5 version instead. The 3.0 chip has been included in new Tesla cars since April last year. It processes images 21 times faster than the 2.5 version,” according to BBC.

Last month, Tesla had to shut down its Shanghai factory for 10 days due to a government notice. Tesla aims to achieve a delivery target of 500,000 cars this year. Some market analysts are not sure whether the company will be able to meet the target due to the massive supply chain disruption that will probably take several weeks to recover from. Adam Jonas, an analyst with Morgan Stanley, has cut the delivery target from 500,000 to 452,000 vehicles.