Did the CCP Coronavirus Turn More Dangerous With a Recent Mutation? 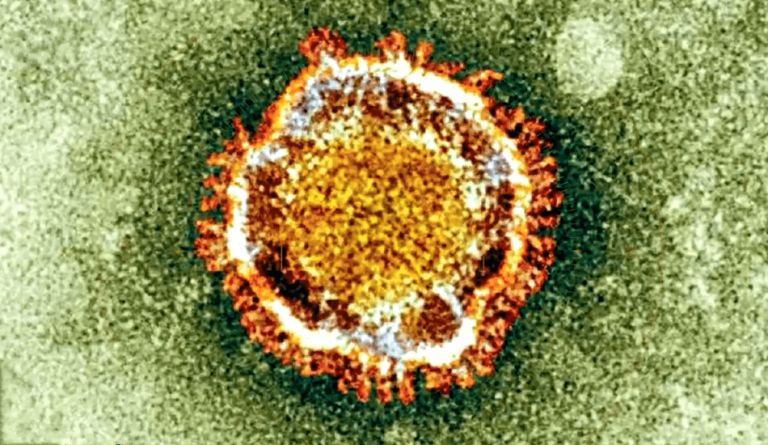 There has apparently been a mutation of the CCP coronavirus into two strains, according to researchers from the Institut Pasteur of Shanghai and Peking University’s School of Life Science. The first strain, the “S-type,” is milder and less infectious when compared to the “L-type,” which spreads more quickly and is present in almost 70 percent of infected individuals.

According to Dr. Stephen Griffin from the Leeds Institute of Medical Research, the mutation has taken place in a key protein called “spike” that is usually targeted by vaccines. Vaccine developers would need to test their prototype vaccines on both strains to make sure that their product is effective against the CCP coronavirus.

“It is usually the case that when RNA viruses first cross-species barriers into humans they aren’t particularly well adapted to their new host — us… Thus, they usually undergo some changes allowing them to adapt and become better able to replicate within, and spread from human-to-human,” Griffin said to The Telegraph.

Chinese researchers who identified the two strains have claimed that the milder S-type is taking over China. This is said to be the result of a tight lockdown implemented by the state, which stopped its rapid spread. However, since government figures are not entirely trustworthy, it is unclear whether the spread of the infection has actually slowed down or not.

According to unconfirmed accounts from insiders in the Chinese medical system who spoke with The Epoch Times, there has been a mutation in the SARS-CoV-2 (the pathogen that causes COVID-19) among patients in Wuhan, the central Chinese city where the initial outbreak began last year.

This mutation, if it exists, may be responsible for the relative severity of the epidemic in Wuhan and the surrounding Hubei Province.

Mary Petrone and Nathan Grubaugh from the Department of Epidemiology of Microbial Diseases at the Yale School of Public Health believe that the mutations of the CCP coronavirus have been overhyped.

The word mutation has usually been used by popular media to denote some dramatic, malignant change. But the reality is different. COVID-19 is basically caused by an RNA virus that is prone to undergoing mutations during its replication process.

“While this might sound frightening, mistakes during replication usually produce changes that are neutral or even harmful to the newly generated virus. Neutral mutations, which neither improve nor hinder viruses’ survival, may continue to circulate without any noticeable change in the people they infect. Mutations that are harmful to the viruses are less likely to survive and are eliminated through natural selection,” they wrote at CNN.

The possibility that a virus might become more aggressive in its spread in a short time frame is slim. And even though continuous mutations can make viruses resistant to vaccines, this process takes several years. For instance, the vaccines for yellow fever and measles were developed between the 1930s and 1970s.

Even though several decades have passed, the vaccines still remain effective. The difference between S-type and L-type is so small that Petrone and Grubaugh believe that any vaccine developed for the CCP coronavirus will work on both strains.

Researchers at the Kaiser Permanente Washington Health Research Institute have reportedly begun recruiting people to test a potential vaccine called Remdesivir, a drug that was originally developed to combat Ebola.

“In order to qualify for the Remdesivir study… patients must test positive for COVID-19 and have pneumonia. Of the more than two dozen people diagnosed with COVID-19 from the cruise ship who were brought to Nebraska for quarantine, four required hospitalization and two developed pneumonia. Those two patients were asked if they wanted to volunteer for the study, and both agreed,” according to Time.

After the initial 100 test subjects have completed treatment, the vaccine will expand to include 300 more. The test is being run by the National Institute of Allergy and Infectious Diseases (NIAID), which plans on collaborating with other countries — like Italy, Japan, and South Korea — that have reported some of the largest numbers of infections outside China.

A U.S. research team recently confirmed that it usually takes five days for people to start showing symptoms of the viral infection. If a person remains symptom-free for 12 days, they are unlikely to develop the symptoms. However, they may still infect others.