Illegal Wildlife Trade In The US: Bears and Crocodiles Are Popular 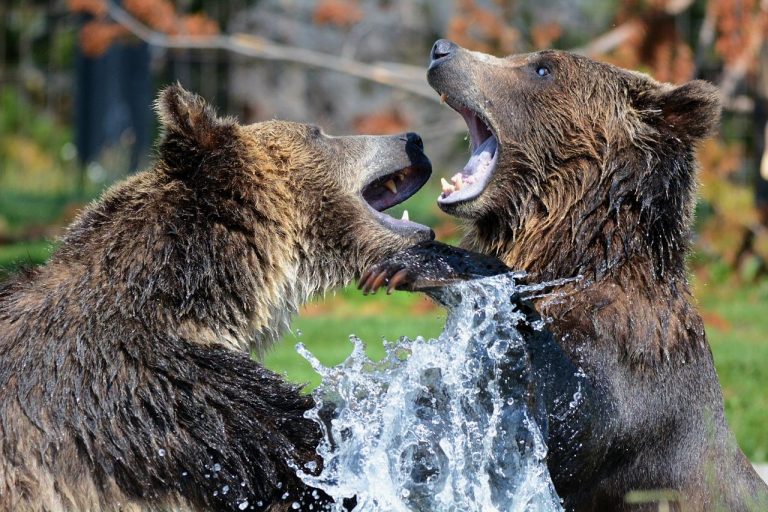 The illegal trafficking of wildlife and wild animal parts is the fourth largest form of criminality in the world and a major threat to global biodiversity. (Image: via pixabay / CC0 1.0)

More than ever, American buyers are on the hunt for illegal wildlife and wild animal parts. Research from the University of Copenhagen has demonstrated that bear trophies, crocodiles, and exotic birds are coveted in the United States, while the trade in elephants and large cats has declined. The illegal trafficking of wildlife and wild animal parts is the fourth largest form of criminality in the world and a major threat to global biodiversity.

The United States is one of the world’s largest markets for wildlife products — both legally and illegally traded. Both segments have grown over the past decades according to a study headed by the University of Copenhagen. UCPH researchers investigated the development of the U.S. trade in wildlife products from 1979-2014.

They discovered an increase in the number of illegal wildlife products confiscated, as well as that, while some animals have become more popular, others have lost ground. Some of the increasingly popular illegal wildlife items that smugglers try to import include parts from bears, cetaceans, crocodiles, corals, snails and clams. Fewer elephant, rhino and cat parts are being confiscated.

The study reports that U.S. authorities seized just over 6 million illegal items during the period investigated — some dead, others living — encompassing 3,400 different animal species. Of these thousands of species, 581 are endangered. According to biologist and head researcher Maria Therese Bager Olsen of the University of Copenhagen:

“Everything from lion and tiger genitalia, to strange little bottles of oil made from different animals, to pangolin scales, live leeches, sea cucumbers, and even seahorses to be sold as pets, have been confiscated.

“Even though the volume of trade in illegal wildlife is far less than what is traded in the legal market, the scale is so large that it threatens biodiversity. The six million items only represent what customs officials intercepted. The real number is bound to be considerably higher.”

According to the researchers, the overall increase in confiscated wildlife products is attributable to tighter border controls, as well as increased globalization, which has eased the travel and transportation of goods. Furthermore, dark web markets for exotic pets have emerged in recent years. Maria Therese Bager Olsen said:

“When certain types of animals trend, the likely explanation is to be found in fashion and food trends, greater demand for exotic pets and an increased interest in hunting, and thereby hunting trophies.

“The diminished trade in elephant, rhino, and large cat parts in the United States may be related to the shrinking populations of these species, making them more difficult to obtain, as they often end up in Asian countries, where demand for them has increased. Or, the trade may have simply become so sophisticated that it has yet to be revealed.”

At the same time, the study presents a pattern that can be useful in the global battle against future wildlife crime. Maria Therese Bager Olsen added:

“We can see that the product groups experiencing increased sales in legal trade are also being sold more through illegal avenues. This includes bear trophies, clams, and snails. This information can be used to predict the types of products that authorities should keep an eye out for.”