Italy Under Lockdown as Authorities Struggle to Contain Coronavirus 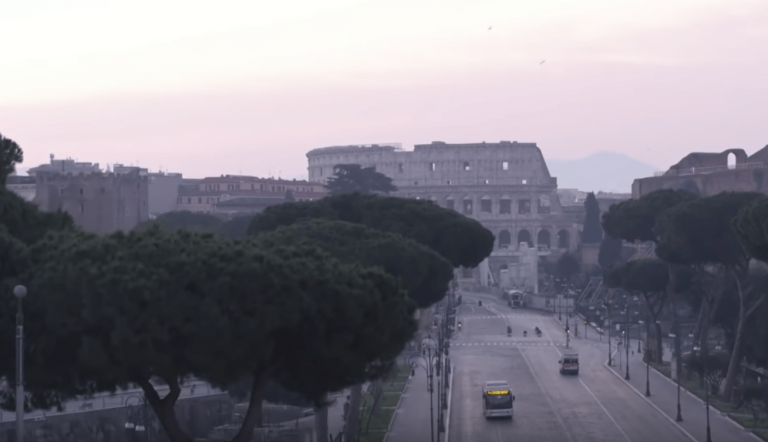 The Italian government has put the entire country on lockdown. (Image: YouTube/Screenshot)

The Italian government has put the entire country on lockdown as the CCP coronavirus epidemic broke out locally in the northern Lombardy region and rapidly spread throughout the country and the rest of Europe. Shops have been closed and people’s movements are being restricted.

Currently, nearly 64,000 people in Italy have been confirmed to have the CCP coronavirus. The number of dead in Italy is over 6,000, the highest outside of China.

The Lombardy region has accounted for the bulk of local fatalities. Antonio Pesenti, who coordinates the intensive care section of the crisis unit of Lombardy, expressed fears that the healthcare system is just one step away from collapse.

“We are now being forced to set up intensive care treatment in corridors… We’ve emptied entire hospital sections to make space for seriously sick people… I’ve never seen anything like this… Italians should be worried,” he said to CNN.

The Italian government has instructed all shops except for pharmacies and food stores to shut down. Schools, museums, nightclubs, gyms, etc., are already not operational. Anyone traveling to Italy is required to carry a document that mentions their reason for traveling. Pope Francis has asked Catholic priests to accompany volunteers and health care professionals during their visits to infected people.

The main reason why Italy’s outbreak is so severe is due to the close connections the Mediterranean country had built up with the People’s Republic of China (PRC), especially in terms of the Belt and Road Initiative (BRI). In particular, many Chinese from Wenzhou, a port city in the heavy-hit Zhejiang Province, were living and working in Italy’s luxury goods industry.

Another likely reason for Italy’s high infection and death rates is likely its senior population, which is the highest in Europe. About 23 percent of Italians are 65 years of age or older. The median age of the country is 47.3. Most deaths have happened among people in their 80s and 90s. Economically, the lockdown measures are expected to cut down the country’s economic output by up to 15 percent.

Transport and tourism sectors will be the hardest hit. More than US$260 million worth of tourist bookings have already been canceled, with many more to follow. The government is preparing measures to provide financial support to workers and companies, especially those from the most affected regions. The state has already announced the suspension of mortgage payments to ease the financial burden on citizens.

Given the severity of the issue, Italy has “called for the European Union to relax its rules to allow more state spending… Italy’s borrowing costs are also shooting up, reviving fears that an economy already on the brink of recession and struggling under the euro zone’s second-heaviest debt pile could be plunged into crisis,” according to Reuters.

Christine Lagarde, president of the European Central Bank, warned that if the EU governments do not coordinate their efforts to deal with the CCP coronavirus outbreak, the region could see an economic crisis similar to that of the 2008 Financial Crisis.

The EU is setting up a special €25 billion fund to tackle the situation, of which €7.5 billion will be released very soon. Spain has reported over 35,000 cases and over 2,500 deaths. Almost half of the infected people are from the Madrid region. Spanish sports, including La Liga, will be played behind closed doors at least until April.

In Germany, which has over 29,000  CCP coronavirus cases and where 123 people have died, Berlin authorities announced the closure of all theatres, concert halls, and opera houses until at least the end of the Easter holidays. The capital also became the seventh of Germany’s 16 states to ban gatherings of 1,000 people or more.

Denmark has banned air traffic from the most affected countries. Greece has shut down schools and universities nationwide. The Czech Republic has prohibited all events over 100 people. Austria has banned Italians from entering the country. Belgium has asked that all indoor events with more than 1,000 people be postponed and recommended that people work from home as much as possible.