Solved: The Mystery of The Expansion of the Universe 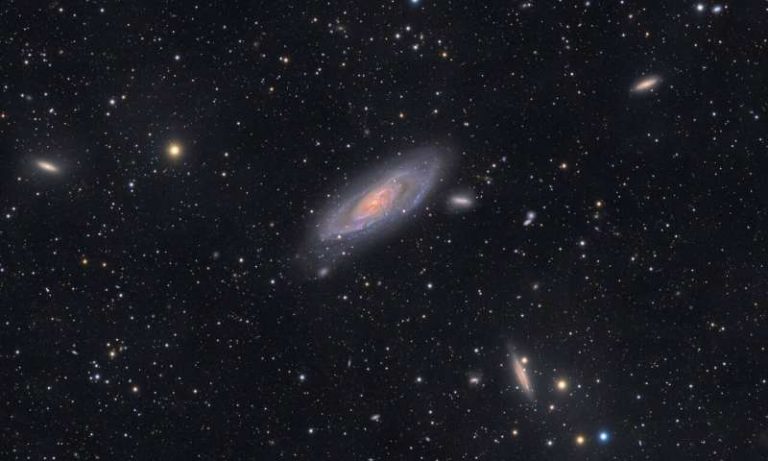 The Earth, solar system, entire Milky Way, and the few thousand galaxies closest to us move in a vast “bubble” that is 250 million light-years in diameter, where the average density of matter is half as large as for the rest of the universe. (Image: NASA)

The Earth, solar system, entire Milky Way, and the few thousand galaxies closest to us move in a vast “bubble” that is 250 million light-years in diameter, where the average density of matter is half as large as for the rest of the universe.

This is the hypothesis put forward by a theoretical physicist from the University of Geneva (UNIGE) to solve a conundrum that has been splitting the scientific community for a decade: At what speed is the universe expanding?

Until now, at least two independent calculation methods have arrived at two values that are different by about 10 percent, with a deviation that is statistically irreconcilable. This new approach, which is set out in the journal Physics Letters B, erases this divergence without making use of any “new physics.”

The universe has been expanding since the Big Bang occurred 13.8 billion years ago – a proposition first made by the Belgian canon and physicist Georges Lemaître (1894-1966), and first demonstrated by Edwin Hubble (1889-1953).

The American astronomer discovered in 1929 that every galaxy is pulling away from us and that the most distant galaxies are moving the most quickly. This suggests that there was a time in the past when all the galaxies were located at the same spot, a time that can only correspond to the Big Bang. This research gave rise to the Hubble-Lemaître law, including the Hubble constant (H0), which denotes the universe’s rate of expansion.

The best H0 estimates currently lie around 70 (km/s)/Mpc (meaning that the universe is expanding 70 kilometers a second more quickly every 3.26 million light-years). The problem is that there are two conflicting methods of calculation.

The first is based on the cosmic microwave background: This is the microwave radiation that comes at us from everywhere, emitted at the time the universe became cold enough for light finally to be able to circulate freely (about 370,000 years after the Big Bang).

Using the precise data supplied by the Planck space mission, and given the fact that the universe is homogeneous and isotropic, a value of 67.4 is obtained for H0 using Einstein’s theory of general relativity to run through the scenario.

The second calculation method is based on the supernovae that appear sporadically in distant galaxies. These very bright events provide the observer with highly precise distances, an approach that has made it possible to determine a value for H0 of 74. Lucas Lombriser, a professor in the Theoretical Physics Department in UNIGE’s Faculty of Sciences, explains:

“These two values carried on becoming more precise for many years while remaining different from each other. It didn’t take much to spark a scientific controversy and even to arouse the exciting hope that we were perhaps dealing with a ‘new physics’.”

To narrow the gap, professor Lombriser entertained the idea that the universe is not as homogeneous as claimed, a hypothesis that may seem obvious on relatively modest scales. There is no doubt that matter is distributed differently inside a galaxy than outside one. It is more difficult, however, to imagine fluctuations in the average density of matter calculated on volumes thousands of times larger than a galaxy.

“If we were in a kind of gigantic ‘bubble’, where the density of matter was significantly lower than the known density for the entire universe, it would have consequences on the distances of supernovae and, ultimately, on determining H0.”

All that would be needed would be for this “Hubble bubble” to be large enough to include the galaxy that serves as a reference for measuring distances. By establishing a diameter of 250 million light-years for this bubble, the physicist calculated that if the density of matter inside was 50 percent lower than for the rest of the universe, a new value would be obtained for the Hubble constant that would then agree with the one obtained using the cosmic microwave background. Professor Lombriser said:

“The probability that there is such a fluctuation on this scale is 1 in 20 to 1 in 5, which means that it is not a theoretician’s fantasy. There are a lot of regions like ours in the vast universe.”

Provided by: University of Geneva [Note: Materials may be edited for content and length.]