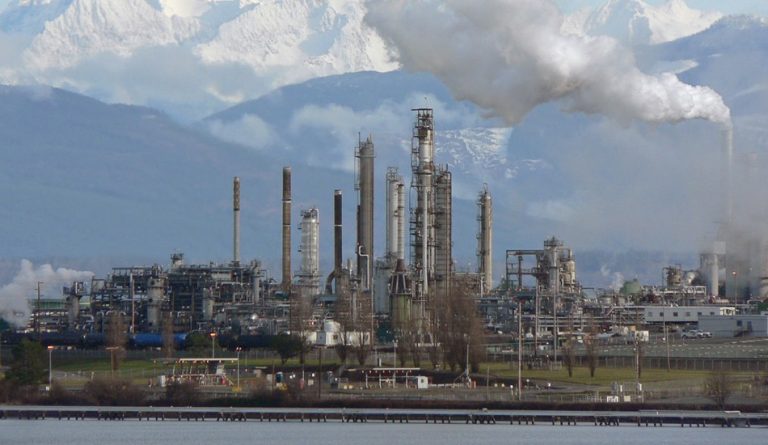 Xiao Guangyan joined the Ministry of Petroleum upon his return to China. (Image: wikimedia / GNU FDL)

Oil prices are at their lowest level in years due to a price war between Saudi Arabia and Russia, along with the outbreak of the coronavirus infection. While countries that depend on oil exports to fuel their national budgets will be hit severely by the low oil prices, energy companies, as well as banks, also stand to lose a lot.

According to Joseph Lupton from JP Morgan, one of the reasons for the Saudi’s flooding of the oil market with excess supplies is to squeeze U.S. production. America is the largest oil producer in the world. During 2015-2016 when oil prices collapsed to US$30 per barrel from US$100 per barrel, the U.S. shale industry shrank.

Investments dried up and many people lost their jobs. Oil companies that have huge debt loads will find it difficult to repay their loans in these times of low prices and weakening demand. In turn, the banks that gave out these loans will have to deal with delayed payments and even bad debts that they may be forced to write off.

“Going forward, Lupton expects cumulative high-yield energy default rates of 24 percent, mostly in 2021, assuming that crude rises to US$40 per barrel in the second half of 2020 and gains to US$50 per barrel the next year. The 24 percent default rate includes ‘midstream and pipelines’… defaults at service companies and those focused on exploration and production are ‘potentially closer to 41 percent,’ and could be between 55 and 59 percent if crude oil prices stay near US$40 per barrel through 2022,” according to Business Insider.

By 2024, oil and gas exploration and production companies will have to repay or refinance close to US$86 billion in debt. The good news is that only US$5.3 billion is due this year, of which US$1.7 billion is junk debt. In 2022, around US$25.7 billion will become due. As such, energy companies and banks have about 2 years’ time before things start to become really tough.

The top 4 U.S. commercial banks — such as Wells Fargo, Bank of America, JP Morgan, and Citigroup — have exposed less than 15 percent of their equity to energy companies. If these energy companies default on their loans, the top 4 banks will definitely face a financial problem.

However, it won’t affect their survival. In contrast, regional banks in areas like the Southwest have significant energy exposure and could come crumbling down if energy companies are unable to repay what is owed.

The renewables industry is also going through tough times due to low oil prices. Many projects have been put on hold. Experts are worried that if the trend continues for long, the transition to renewable energy from fossil fuels will prove to be a difficulty.

Bloomberg New Energy Finance (BNEF) predicts that solar projects will suffer badly this year. In fact, 2020 could be the first year since the 1980s that the solar industry ends up contracting.

“[BNEF] has cut its global solar demand from a forecast 121-152 gigawatts (GW) made in February, by 16 percent to 108-143GW. It’s likely to be another record year for wind power installations, but there is ‘considerable downside risk’ to the researcher’s 2020 installation expectations of 75.4GW,” according to Stockhead.

The EV industry is also at risk. First of all, only a niche customer base buys electric vehicles since most people tend to choose vehicles that run on fossil fuels. Add to it the fact that you can run a car on gasoline pretty cheaply thanks to low oil prices, and the incentive to shift to EV becomes almost null.