Letter Pleads for Vatican to End Deal With China 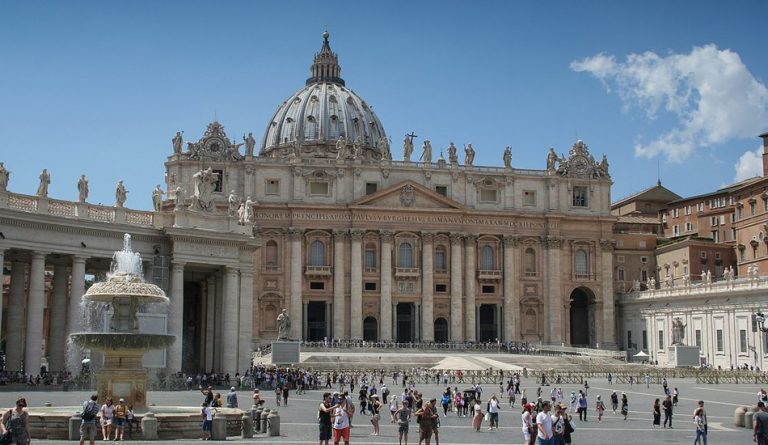 The letter asks the Vatican to end its agreement with China. (Image: Nono_vlf via wikimedia CC BY-SA 4.0)

In 2018, the Vatican signed an agreement with the Chinese government that stated the Church can only appoint bishops that have been approved by the state. Plus, the Vatican will have no right to veto a bishop recommended by the Chinese regime.

Recently, a group of human rights activists and clergy wrote a letter to the Vatican asking it to immediately terminate the agreement with China.

The letter was written after taking into consideration the findings of the China Tribunal commissioned by the International Coalition to End Transplant Abuse. The organization is composed of human rights advocates, medical practitioners, and lawyers.

The Tribunal found that the Chinese regime has been and continues to harvest organs from the bodies of prisoners of conscience.

The prisoners were found to have been killed through being given injections that incapacitated the body and allowed the organs to be taken out while the person was still alive. There have also been numerous accounts of rape and torture. Electric rods were used to shock prisoners. One woman went blind after being repeatedly subjected to electric shocks. Many of the prisoners were practitioners of Falun Gong. One of the lawyers at the Tribunal pointed out that the treatment meted out to Falun Gong victims could be legally classified as genocide.

The letter stated that some of the Vatican representatives have shamed their Christian profession and offices by supporting a deal with China despite Beijing’s poor track record of human rights. It also argued that the exact details of the agreement have not been made public, making the entire matter a scandal.

“The Tribunal concluded that such acts constituted crimes against humanity and said it was certain beyond a reasonable doubt that they had occurred… The case for opposing the Vatican’s deal with Xi Jinping’s government, which also harasses and detains leading Catholic clergy and destroys Catholic shrines and churches which refuse to join the official ‘Patriotic Church,’ was already formidably strong. Now, it is unarguable,” according to the Catholic Herald.

A recent report by NGO China Aid pointed out that the persecution of Christians in China has increased due to the Chinese government’s policy of developing “religion with Chinese characteristics.” Christian groups have been condemned for teaching kids to recite hymns. In some places, Christian symbols have been removed and kids under the age of 18 have been prohibited from entering churches. The sale of Bibles that are not approved by the Communist Party has been made punishable.

Catholics and the CCP coronavirus

Italy is the worst affected country in Europe due to the CCP coronavirus outbreak. Though the government has been pressuring the Vatican to keep churches closed, the Pope has re-opened some of the churches in Rome. “Drastic measures are not always good… [I pray for] pastors to have good judgment… and not to leave the holy, faithful people of God alone… [Priests should] have the courage to go out and see the sick, bringing the strength of the word of God,” the pope said in a live stream, as reported by RTE.

In England, Roman Catholic Churches are reportedly preparing to ban large gatherings, including Mass. In some churches, holy water has been removed. Handshakes have been replaced by bowing. Members have been banned from drinking wine through shared chalices. Ministers have been instructed to wash their hands prior to distributing communion.