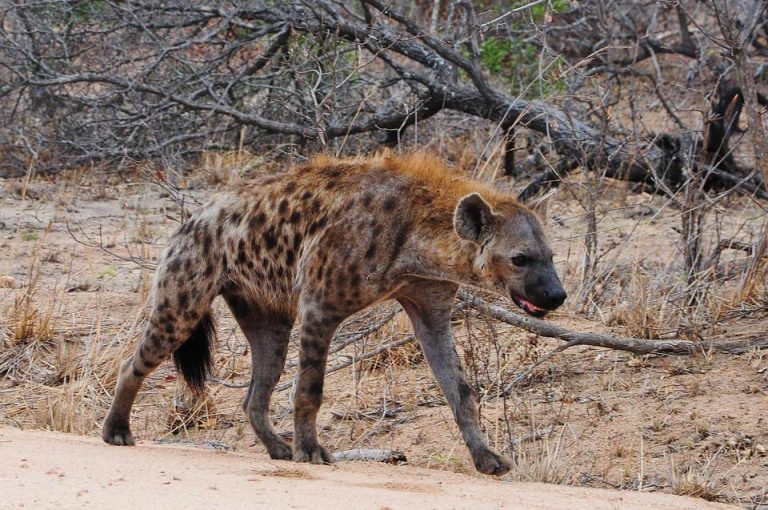 New research into the evolutionary history and prehistoric migrations of hyenas reveals surprising similarities between hyenas and prehistoric humans. (Image: via pixabay / CC0 1.0)

New research into the evolutionary history and prehistoric migrations of hyenas reveals surprising similarities between hyenas and prehistoric humans. The results from the University of Copenhagen and University of Potsdam also indicate that humans had a detrimental effect on hyena populations about 100,000 years ago.

Prehistoric humans left Africa for the first time about 2 million years ago. The research community has been aware of this for some time. Now, novel research reveals that hyenas apparently did the same thing.

Michael Westbury, corresponding author  of the study published in Science Advances and a postdoc at the GLOBE Institute at the University of Copenhagen, said:

“Our new study shows that prehistoric humans and hyenas left Africa at approximately the same time. And like humans, spotted hyenas have had extensive and complex migration between continents. We can observe repeated gene flow events between Africa and Eurasia.”

The researchers collaborated with researchers at the University of Potsdam and sequenced complete genomes from both modern spotted hyenas in Africa and subfossils of the extinct cave hyena from Europe and Asia.

The two kinds of hyena — spotted and cave — were previously believed to form a closely related evolutionary lineage. DNA analyses published 15 years ago showed that the two types of hyena were genetically intermingled.

Today, however, thanks to technological advances, the researchers have been able to obtain a lot more genetic data and show that this genetic intermingling is limited. The new study thus reveals an ancient separation. Michael Hofreiter, a professor at the University of Potsdam, said:

“The results nicely illustrate the power of palaeogenome analyses. The relationship of spotted and cave hyenas could not be resolved using morphological or short mitochondrial DNA sequence data and was actually discussed quite controversially for decades.”

While prehistoric hyenas show some similarities with humans in their trans-continental migration patterns, the researchers also found signs that modern humans of the species Homo sapiens had a detrimental impact on hyenas. Rasmus Heller, Assistant Professor at the Department of Biology at the University of Copenhagen, said:

“Historical population sizes of spotted hyenas seem to correlate negatively with that of humans after about 100,000 years ago, echoing similar results we found for herbivores.”

In addition, he explains that humans are believed to have played a role in the extinction of cave hyenas around the end of the last ice age. That means that coexistence between humans and hyenas — like that between humans and other large mammals — may have changed from being relatively benign to detrimental as humans became more advanced. The researchers argue that their study reveals new aspects of when and how animals moved across continents in prehistory. Michael Westbury said:

“Our results conforms with the hypothesis that animal migration may have occurred in pulses during which several species migrated more or less at the same time, possibly as a response to climate change. More comparative work is needed to confirm this hypothesis.”