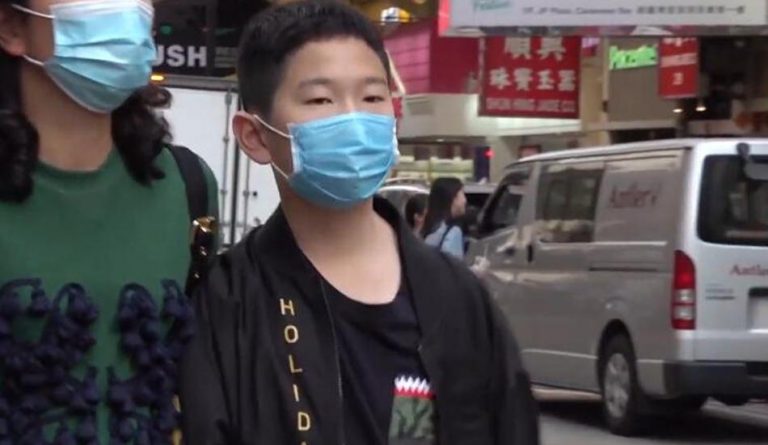 The CCP coronavirus has triggered discrimination against Asians across the world. (Image: YouTube/Screenshot)

The CCP coronavirus pandemic has not just spread fear of being sick and dead from the virus, it has also triggered a wave of anti-Asian discrimination across the world. In Asia, discrimination against Chinese people is also on the rise.

In Italy, a man from Singapore reported how the virus had made some locals act rudely against people of Asian ethnicity. “There’s a lot of anxiety going on in Florence… I’m very frightened about the racism against Asian people and it has been increasingly tense… I was called a “virus” on the street by some (French-speaking) tourists,” he said to CNA.

Even the famous Santa Cecilia music conservatory has shown anti-Asian discrimination by canceling lessons for Koreans, Chinese, and Japanese students. A bar in Trevi District in Rome put up a sign announcing that Chinese people were not allowed inside.

The police eventually removed the sign. A man from China was prevented from entering a gas station. An elderly Filipino was attacked and punched in a supermarket. Thankfully, a TV personality came to the person’s rescue. The regional governor mocked Chinese people for eating live mice, a statement he withdrew later on.

In France, a newspaper ran stories with headlines like “Yellow Alert” and “A New Yellow Peril.” In some schools, Asian students were targeted by local kids and made fun of. Restaurants operated by people of Thai, Chinese, Japanese, and Cambodian origin have reported a significant decline in customers.

Japanese nationals complained of being refused taxi services and being harassed on the streets. One Japanese restaurant has been vandalized. Japan’s state broadcaster NHK listed France as a travel risk due to anti-Asian discrimination.

In Germany, a woman of Chinese descent was sprayed with disinfectant by an assailant who screamed “Corona” and threatened that he would cut off her head. A poll revealed that 28 percent of Germans would avoid a Chinese person to protect themselves from the CCP coronavirus.

In Belgium, five local youths mocked a woman, spat on her, and called her “coronavirus.”  In the Netherlands, a group of Chinese students had their dormitory vandalized. The elevator was littered with urine and feces. The walls were covered with phrases like “Chinese Corona” and “Die Chinese.” KLM Dutch Airlines put up a sign prohibiting Korean passengers from using the restroom.

In New York, several anti-Asian discrimination incidents against Asian-Americans have occurred. An Asian man was sprayed with an unknown substance by a stranger while a woman wearing a mask was punched by an assailant who called her “diseased.”

A Korean woman was assaulted and suffered a dislocated jaw at the hands of an aggressor who yelled: “Where is your corona mask, you Asian bitch?”

In Canada, two Korean men were stabbed. Chinese restaurants have seen sales drop by up to 80 percent. A reporter who spewed a racist joke was fired from his job. The mayor of Toronto, John Tory, tweeted in support of the Chinese community in Canada.

“Standing with our Chinese community against stigmatization & discrimination, and reminding residents that, as our health care professionals have informed us, the risk of Coronavirus to our community remains low. We must not allow fear to triumph over our values as a city,” he said in a tweet @JohnTory.

Over 100 restaurants in Hong Kong have reportedly turned away customers from the mainland. A Japanese restaurant argued that they were excluding mainland customers because “We want to live longer. We want to safeguard local customers. Please excuse us.”

In Indonesia, widespread anti-Chinese and anti-Japanese discrimination has increased, with services like taxis, restaurants, hotels, etc., refusing to do business with people from these two countries.

In Japan, the hashtag #ChineseDontComeToJapan trended on Twitter, with many natives calling the Chinese”‘bioterrorists” and “dirty.” In South Korea, several businesses have stationed “No Chinese” signs in front of their shops. In Vietnam, many guesthouses and hotels are refusing Chinese visitors.