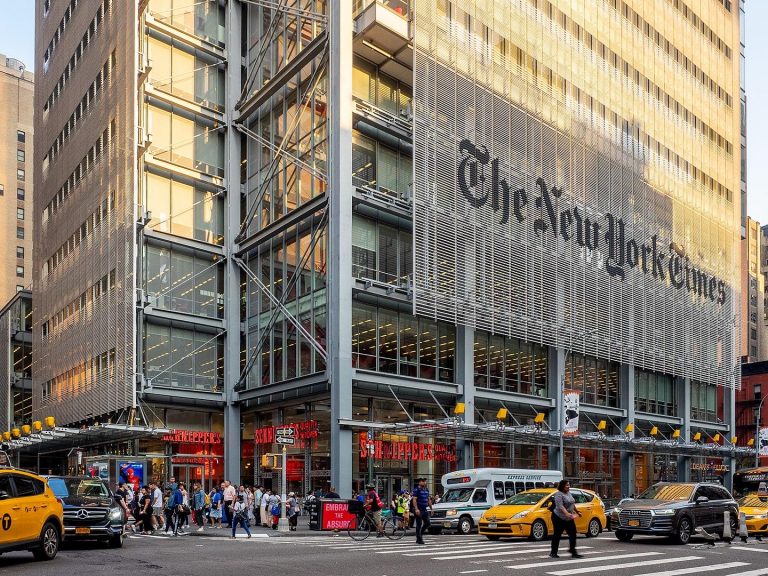 China has revoked the press credentials of U.S. journalists affiliated with The Wall Street Journal, The New York Times, and The Washington Post. (Image: Ajay Suresh via wikimedia CC BY 2.0 )

China has revoked the press credentials of U.S. journalists affiliated with The Wall Street Journal, The New York Times, and The Washington Post.

In addition, five American media outlets have been declared as foreign government functionaries, essentially marking them as agencies controlled by Washington. These include The Times, Voice of America, Time magazine, The Journal, and The Post.

Beijing has taken these extreme measures after the Trump administration recently labeled five Chinese state-backed media outlets operating in the U.S. as “foreign missions” since they were peddling Chinese communist propaganda. In addition to the mainland, Beijing’s journalist ban will also apply to regions like Macau and Hong Kong.

“The Chinese Communist Party’s decision to expel journalists from China and Hong Kong is yet another step toward depriving the Chinese people and the world of access to true information about China,” the White House National Security Council said in a tweet @WHNSC.

It also called on Beijing to refocus its efforts to stopping the CCP coronavirus outbreak rather than expelling journalists and engaging in disinformation campaigns.

Since last year, both the U.S. and China have been engaged in a trade war. With the conflict now expanding into media, many fear that the world might see a bitter Cold War between two global superpowers yet again. Though Beijing has identified five U.S. media outlets as government agencies, the truth of the matter is that these outlets are actually independent media not under the control of Washington.

In contrast, America’s decision to mark five Chinese media outlets as foreign missions actually makes sense since the outlets are known to have deep relations with the Chinese Communist Party.

The fact that Beijing also extended the journalist ban to Hong Kong is troubling since it indicates that the city is fast losing its independence. “It’s disturbing that the expelled journalists will not be able to report from Hong Kong… This egregious action poses a grave threat to the ‘one country, two systems’ framework and the human rights obligations that China and the Hong Kong government must protect under international law and the Basic Law,” William Nee, a business and human rights analyst at Amnesty International’s Hong Kong office, said to Bloomberg.

China has also been spreading propaganda against the U.S. regarding the recent CCP coronavirus outbreak. To hide their failure of containing the virus, Beijing’s disinformation campaigns accuse the U.S. of being responsible for it.

According to one story, the virus developed in the United States and was brought to Wuhan, the epicenter of coronavirus, by the US Army. The world is obviously not buying into this absurd, far-fetched story that Beijing is propagating through its media channels.

“Deception, disinformation, manipulation, distortion of the facts, obscuring their true intentions, and the patient steady erosion of the will to resist on the part of others is something that very much feeds into the global ambitions of the Chinese Communist Party to dominate the world,” Frank Gaffney, former assistant secretary of defense for International Security Policy during the Reagan administration, said to The Epoch Times.

Trump has hit out at China for their media propaganda against the U.S. stating that he does not like Beijing’s accusations against the American military. The President has been using the term “Chinese Virus” for COVID-19, a name that irks Beijing.

Secretary of State Mike Pompeo made a phone call to a top Chinese foreign affairs official and objected to the ludicrous conspiracy theory being promoted against the U.S. He reminded the official that this is the time for all nations across the world to come together so that they could fight and bring an end to the coronavirus outbreak.