CCP Virus in Germany: Why North Rhine-Westphalia Is the Most Affected 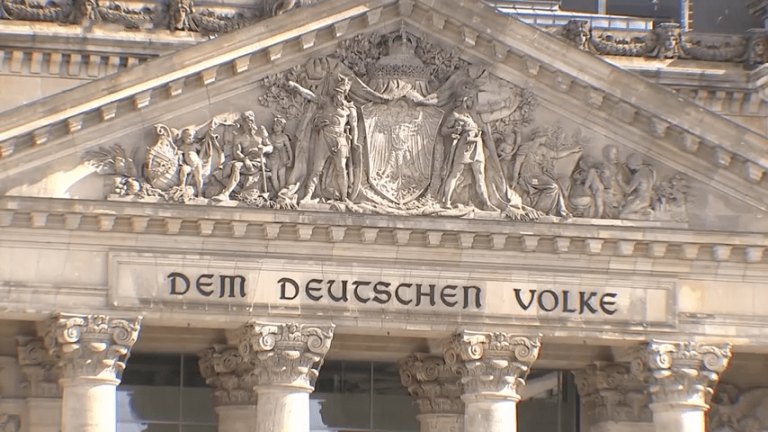 Germany has been one of the worst affected countries in Europe due to the CCP coronavirus outbreak. (Image: Screenshot / YouTube)

Germany has been one of the worst affected countries in Europe due to the CCP coronavirus outbreak. Within Germany, the state of North Rhine-Westphalia (NRW) has seen one of the highest numbers of infections.

The reason why the NRW region has been affected so greatly by the virus has largely to do with its relationship with Communist China.

NRW is the most populous state in Germany. It has two sister city agreements with China. Duisburg’s sister city is Wuhan, which is the epicenter of the CCP Virus outbreak while Cologne is paired with Beijing. Duisburg was one of the first cities in Germany to have engaged in China’s Belt and Road Initiative (BRI).

One of the key projects under the BRI in the region has been the Duisburg port, which is the world’s largest inland port. It has 8 container terminals from which goods are shipped throughout Europe. About 35 trains run every week between China and Duisburg.

The capital of NRW, Dusseldorf, has more than 600 enterprises funded by the Chinese. Tech companies like ZTE, Huawei, and so on also have offices in the region. As far as NRW itself is concerned, more than 1,100 Chinese businesses operate in the region. In exchange, about 1,000 businesses from NRW have invested in China.

In terms of trade, China is basically NRW’s largest trading partner. With this much influence in North Rhine-Westphalia, it was inevitable that the region would see a higher exposure to Chinese people or Germans who visit China. As a consequence, NRW became the hotbed of the CCP coronavirus outbreak.

The first three deaths in Germany were all reported from North Rhine-Westphalia. While Germany has reported around 37,000 cases of COVID-19 infections, more than 6,300 are from the NRW region.

Though the mortality rate is not as severe as in other European countries like Italy and Spain, the fact that Germany is the third most affected country in Europe is significant enough to cause panic.

“The situation is serious. Take it seriously. Not since German reunification, no, not since the Second World War has our country faced a challenge that depends so much on our collective solidarity… I truly believe we can succeed in this task, if all citizens truly understand their own tasks,” Chancellor Angela Merkel said, as reported by Business Standard.

People in the region have largely cooperated with the authorities, never giving in to the panic. Many have self-quarantined. In Heinsberg, residents took to social media to support one another and offer words of encouragement.

T-shirts with the hashtag #HSbestrong (Heinsberg be strong) are being sold and the money sent to charity. Heinsberg District Councillor Stephan Pusch complimented the way people of the city have responded to the coronavirus outbreak.

“I have to pay a huge compliment to the citizens… There is a ‘we can do this’ mentality and a lot of neighbourly help…. That is really extraordinary. In a crisis like this, a great wave of solidarity and a sense of community has swept over us… People are very understanding of what we are doing, even though a lot of people have been in quarantine. Of course, this puts a damper on their spirits,” he said, as reported by The Local.

Due to the economic decline caused by the CCP coronavirus, the German government has cut its tax revenue projection for 2020 by US$36.4 billion. Berlin has proposed a US$894 billion package to help companies ride through these tough times.

The country will also break away from its economic policy of maintaining a balanced budget. The administration will seek the parliament’s permission to raise the limit of its annual borrowings.

“Merkel’s government will seek to borrow 156 billion euros [US$170 billion] for 2020, a sum that exceeds a constitutional limit by 100 billion euros [US$109 billion]… To ensure that businesses do not go under, the government is earmarking 400 billion euros [US$435 billion] to underwrite their debt or offer recapitalisation that could lead to partial state takeovers,” according to The Local. The tourism and industry sector is expected to receive significant help since they have been hit the most financially due to the virus.

The state also wants to support parents whose income might have declined due to factory and office closures. The government is planning an aid package for employees whose working times have been reduced.

To compensate for their lower income, salary top-ups have been proposed. People who are experiencing financial difficulties and are unable to pay their rent will be provided help. The state is considering forbidding lease terminations for some time.

Due to the shortage of ventilators and face masks, the German government has requested domestic auto manufacturers to take up the responsibility of manufacturing these items and making them available to the public.

The state has not made it mandatory that companies follow up on the request and has stressed that businesses are free to do as they wish. Several auto manufacturers like Daimler and Volkswagen have stepped up to take responsibility.

“[Volkswagen has] started building up production capacity for protective masks in China, and is supporting German authorities with temperature measuring devices, masks, disinfectants and diagnostic equipment.

Daimler AG has received requests from authorities and is currently exploring options… VW and Daimler have also agreed to donate more than 300,000 protective masks from their existing resources to health organizations,” according to Bloomberg.

Meanwhile, Chancellor Merkel has quarantined herself in her home according to the latest reports. The decision was made after it came to light that she had been in contact with a doctor who had tested positive for the CCP Virus. Merkel will undergo strict testing for the next few days and will be carrying on her duties from her home.