Finding a Spiritual Cure for the CCP Coronavirus Pandemic 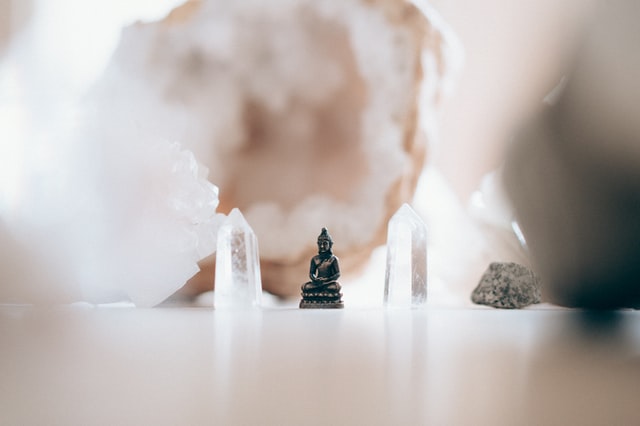 Finding a spiritual cure for the COVID-19 pandemic. (Image: Samuel Austin via Unsplash)

In 2018, the World Health Organization (WHO) described the potential outbreak of a multifaceted pathogen, which they called “Disease X” as a placeholder. “Disease X” was characterized as being highly infectious, of unknown origin, and potentially lethal — with wide-ranging implications for social and economic stability should it develop into a global pandemic.

The CCP coronavirus that appeared in central China late last year has spread to almost all countries on earth, sickening hundreds of thousands of people. In mid-February, Dr. Marion Koopmans, a WHO expert and head of virology at Erasmus University Medical Center in the Netherlands, said that the outbreak was rapidly becoming the first real epidemic challenge that truly matches “Disease X.”

Because the pathogen SARS-CoV-2 spread rapidly following a lengthy initial cover-up by the Chinese regime authorities, and owing to Beijing’s frequent denial or downplaying of other public health crises (such as the SARS epidemic in 2003), a growing number of observers are calling the disease the “CCP coronavirus.”

Most concerning is the lack of any medical cure for the CCP coronavirus. Some patients relapse following recovery, or remain carriers capable of spreading it to others.

Facing such a “Disease X,” there seems little can be done from a medical standpoint, apart from practicing safe hygiene, quarantining patients, and administering therapy until researchers develop an effective vaccine.

But ancient Chinese philosophy and morality, passed down from generation to generation, contain a higher cure.

There is a concept in traditional Confucian teaching: “To govern the country and bring peace to the world starts with cultivating oneself and maintaining a peaceful family.”

The cultivation of oneself refers to improving your character, morality, and conduct. According to Confucianism, the spiritual and material aspects of life share an inseparable oneness.

Self-cultivation for the Chinese ancients was a philosophy of life based on benevolence. This cultivation brings balance and harmony to the body, the family, and the nation.

In other words, solely examining developments from the vantage point of materialism or empiricism does not provide us with the full picture.

Any true remedy for a health crisis relies on resolving the spiritual malaise plaguing a nation, community, or even individuals.

The spiritual source of the pandemic

According to Confucius, “a tyrannical government is more fearsome than a tiger.” Likewise, in the current pandemic, the Chinese Communist Party is proving more pernicious than the disease itself.

Communism is an ideology based on class struggle and atheism. It hates gods and religion, and tries to destroy traditional culture. Communist regimes turn the societies they rule into dystopian nightmares, where there is little trust among people and no respect for nature or Heaven.

The CCP attempted to cover up the outbreak of the CCP coronavirus when it occurred in the city of Wuhan, with officials at all levels ignoring reports from the China Centers for Disease Control and Prevention (China CDC) in favor of political and economic stability.

The CCP repeatedly claimed there was “no evidence” of human-to-human transmission, despite attempts by whistleblowers to alert their fellow Chinese to the truth.

With the global spread of the epidemic, the CCP lied to the world and was endorsed by the WHO to glorify itself. This caused the international community to relax its vigilance against the outbreak, which facilitated the spread around the world.

In fact, the Communist Party’s efforts to combat the epidemic only highlight its brutality and deceptive nature. Thousands of healthy people have been forced into concentration camp-like quarantine centers with those who are ill, without any regard for the safety of the former.

Independent reports and interviews with funerary workers in Wuhan show that the numbers of corpses being incinerated have far surpassed the normal death rate, to the point that the Chinese authorities have had to deploy dozens of mobile incinerators to supplement the city’s seven crematoriums.

While the CCP claims that these mobile incinerators are for waste disposal, observers point out that the hospitals cannot possibly produce enough waste to warrant such a response.

The CCP has not only concealed the death toll, but it has also ordered the destruction of epidemic data, according to various independent sources. For more than two weeks (as of March 26), the official Chinese figures claimed a very low rate of new infections and deaths.

CCP officials are being ordered to have workers and companies resume production to save the economy and preserve the CCP’s political legitimacy.

As a result, even while the pandemic still raged, the CCP published a ridiculous book called How a Great Power Fights the Epidemic, with translations into 5 languages. The CCP is shamelessly touting itself as the leader in the global anti-epidemic effort, while continuing to cover up the true scale of the epidemic.

Knowing that they cannot maintain an outright deception for long, CCP propagandists have taken even more brazen steps: blaming the U.S. military for bringing the virus to Wuhan in the first place, and accusing returned Chinese from abroad of re-introducing the disease.

With the Party having caused the outbreak to begin with, and with its actions now perpetuating it, it is clear that the name “CCP coronavirus” is well-deserved.

Righteous thoughts and energy: an underlying cure for a pandemic

In his preface to The Song of Righteous Energy, Wen Tianxiang, a famous patriotic hero from the South Song Dynasty, talked about his experience of being imprisoned in a dungeon by the Mongol invaders. The dark and humid environment, dense and unventilated, was filled with fecal materials and vermin.

Wen Tianxiang summed it up as “seven kinds of evil energies.” He went on to describe how he had been imprisoned in it for two years, but he was in good health and without illness because of his attention to the cultivation of righteous energy.

A plague is an evil specter that exists between Heaven and Earth; however, Wen wrote: “If the human body is solid and strong, then the evil cannot penetrate.”

In today’s pernicious social environment created by the CCP, how are the Chinese people to resist the spiritual plagues it causes? The first priority in cultivating righteous energy and warding off evil is to withdraw from the CCP, including the Party itself and its youth organizations — the Communist Youth League and the Young Pioneers.

Second, the Chinese must speak the truth when confronted with the CCP’s lies instead of following its propaganda, which demonizes the victims and paints itself as “great, glorious, and correct,” for the sake of self-interest.

Apart from the CCP coronavirus pandemic, the CCP has turned other recent natural disasters, including the SARS crisis of 2003 and the Sichuan earthquake of 2009, into opportunities to showcase the “correctness” of its leadership.

Meanwhile, it ignored the human costs for the sake of saving face and avoiding accountability for the corruption and incompetence which allowed the disasters to happen in the first place.

Earlier in the CCP’s history, the Party caused the Great Leap Forward famine in the late 1950s, which it covered up by forcing villagers to remain starving in their communities, while it continued to export grain to its allies.

Only after tens of millions were dead did the leadership change its policies. Even then, Chairman Mao feared for his legacy, and purged those who dared criticize his policies by launching a purely man-made calamity, the Cultural Revolution.

Today, as the pandemic continues, hundreds of billions of locusts are about to add to China’s economic troubles. The outlook for food security this year is dim. Under the CCP’s rule, disasters are endless.

Only by removing the spiritual plague of the Communist Party and its hateful ideology of struggle, and returning to the harmonious values of the ancient past, can the Chinese people and the rest of the world overcome the crisis at hand.