Myth Busting: Set the Record Straight on Ibuprofen and the CCP Virus 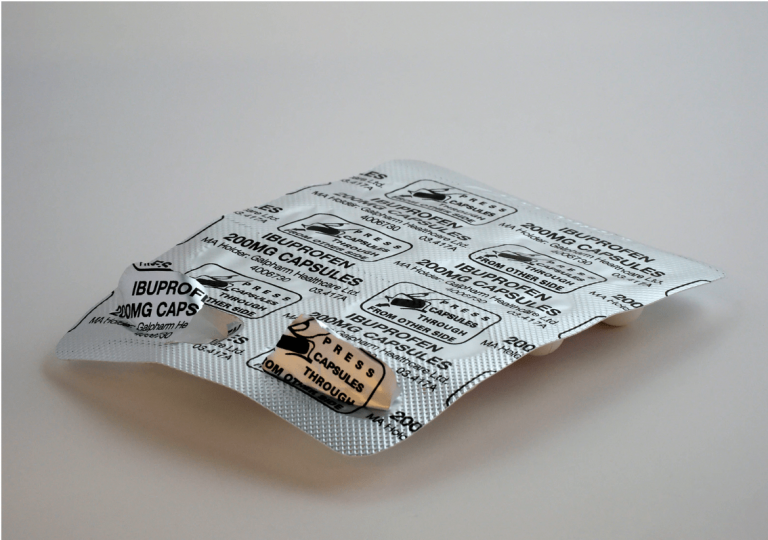 In the midst of the CCP virus outbreak, there has been a wave of fear and misinformation related to the use of anti-inflammatory drugs, like ibuprofen (Advil and Motrin). (Image: via Unsplash / CC0 1.0)

In the midst of the CCP coronavirus outbreak, there has been a wave of fear and misinformation related to the use of anti-inflammatory drugs, like ibuprofen (Advil and Motrin).

Over the past week, rumors claiming that ibuprofen can kickstart the virus into pneumonia, or make the virus 10 times worse, have been quick to spread on social media and messaging services, like WhatsApp.

UBC’s Mahyar Etminan, an epidemiologist, drug safety expert, and professor in the faculty of medicine, explains how the controversy began. He sets the record straight, explaining the drug safety evidence of ibuprofen.

Why is there a controversy surrounding ibuprofen right now?

The controversy started when a French physician tweeted that ibuprofen should be avoided in COVID-19 patients. The controversy has been further fuelled by the fact that some of the most prestigious regulatory bodies, such as the World Health Organization, at first endorsed this claim but later walked it back, creating more confusion.

Is ibuprofen safe to take if you have or believe you may have the CCP virus?

Until there is more scientific evidence on this issue, patients with mild to moderate fevers should use acetaminophen (Tylenol, Tempra), which has been regarded as the safest drug for pain and fever for decades.

It’s important to remember that over-the-counter drugs like Advil and Tylenol do not shorten the duration of the illness itself, but offer relief from the fever and pain resulting from the CCP virus.

Low-grade fevers are generally harmless and a sign of the body’s immune system fighting an infection. When a high fever cannot be controlled with acetaminophen (Tylenol) alone, ibuprofen (Advil) can be used along with acetaminophen and then discontinued as soon as a patient’s temperature returns to normal. People should talk to their health care provider if they have questions or concerns about what to take.

What is the current drug safety evidence for ibuprofen?

There are contradictory viewpoints on ibuprofen because we currently lack high-quality evidence. The only information currently available that links the use of ibuprofen to negative outcomes in the CCP virus is from scientists in China who believe that ibuprofen may increase the production of an enzyme that allows the CCP virus to better bind to cells. This is purely theoretical and no clinical study has actually tested this hypothesis in CCP virus patients who use ibuprofen.

There have also been a few anecdotal cases from French physicians. These cases are not published yet, and even if or when they are, they cannot prove a causal link as they only describe the experiences of a few patients without an active comparison group to control for other variables.

Until robust studies that compare ibuprofen to acetaminophen are available, the strength of the current evidence is not strong enough to avoid ibuprofen in patients who might benefit from it.

Are there any special considerations when it comes to children and ibuprofen?

It is important to lower high fevers, especially in children (38.3°C or more) as there is a 2-5 percent chance of seizures in children with high fevers.

Children with viral infections, including the CCP virus, who have a sustained fever (38.3°C or more) might benefit from the addition of ibuprofen to acetaminophen. These patients should not be discouraged from using ibuprofen based on the current evidence.

Aspirin should not be given to children for fever control due to the risk of Reye’s syndrome, a rare but serious condition that causes swelling in the liver and brain.