A Look Inside Studios of Ancient Chinese Scholars 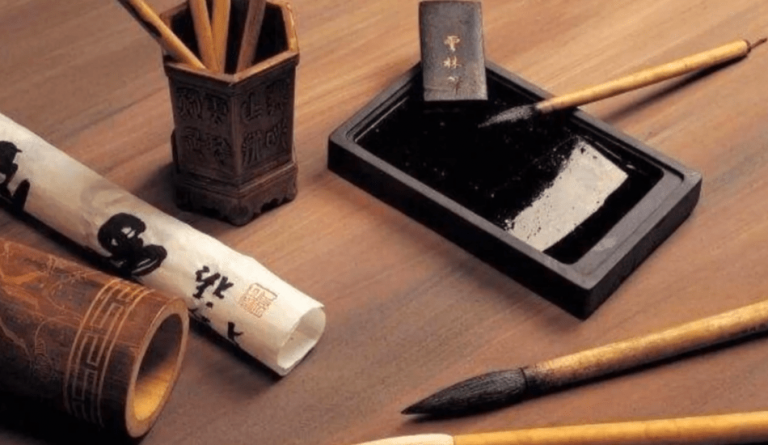 Liu made his living by tutoring individual children and helping them with their studies. (Image: via YouTube)

In ancient China, scholars were held in high regard. They often maintained their own studios. The scholars stored several items that were considered necessary for their profession. The objects’ quality and aesthetics were thought to represent the taste and intellectual value of the scholar himself.

In ancient times, a scholar was supposed to have the “four treasures” in his studio — inkstone, ink, paper, and brush. Of these, it was the inkstone that was considered the most prized possession for a man of learning.

“While created for the mundane purpose of grinding ink sticks, scholars nevertheless found deep spiritual meaning in these stones, which they felt embodied the essence of heaven and earth and represented a microcosm of the universe. Treasured inkstones were often inscribed with poetry or prose,” according to Artsmia.

A high-quality inkstone meant finer ink, which would allow the scholar to create brushstrokes that would be aesthetically and technically of the highest quality.

In those times, ink was traditionally produced in the form of dry sticks. When a scholar needed to prepare some ink, he would take the ink sticks, grind them up, and mix them with water to produce liquid ink.

Since the scholar himself was preparing the ink, he had full control over the texture and tonality of the end product. Ink sticks were mostly made from pine soot and water-soluble animal adhesives.

Brushes allowed scholars to convey their intention on paper. Brushes of various thicknesses would be used so that the scholar could accentuate or highlight messages in their preferred way. These brushes were placed in brush pots that were also held in high esteem by a scholar. The pots were usually made of waxed hardwood, bamboo, timber, and so on.

For writing, a wrist rest was considered necessary by the scholars. “Chinese calligraphy was written vertically from right to left, and so wrist rests would have been used to keep the wrist lifted off the work to prevent smudging or dirtying the work when writing or painting.

The shape of a section of cut bamboo lends itself perfectly to balance lightly on the paper while supporting the scholar’s wrist,” according to Christie’s.

In ancient China, official titles were largely hereditary. Being a scholar did not do much to raise your status in society. This system changed about 1,400 years ago during the Sui Dynasty when they introduced the imperial civil examination system.

Scholars who passed the exam were appointed as officials, thereby gaining the power to upgrade their social standing.

“The examination was conducted at different level[s] with the highest level being the ‘exam at the imperial court’ and presided over by the emperor himself. The person who ranked first was known as zhuàngyuan. Because yuan originally meant number one, and came from zhuàng, the document each candidate was asked to submit before taking part in the court exam,” according to GB Times. The imperial exam was abolished in 1905.

Among the most famous scholars of China, three names stand out — Su Shi (1037 to 1101), Li Bai (701 to 762), and Cao Xueqin (1715 to 1763). While Su Shi and Li Bai were considered some of the greatest poets of their eras, Cao Xueqin is largely admired for writing the Chinese literary masterpiece Dream of the Red Chamber.