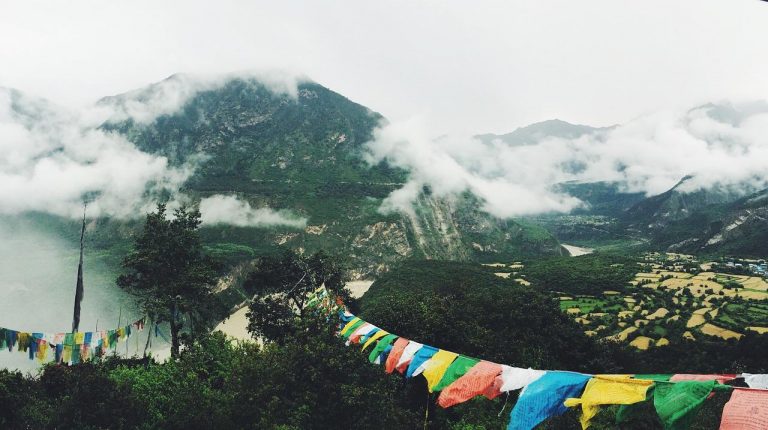 There was a donkey kept in a temple in the mountains. (Image: Free-Photos via Pixabay)

Arrogant pride almost caused the death of a donkey. There was a donkey kept in a temple in the mountains. Its main chore every day was to drive the mill. Day after day, the tedious work bored the donkey. It started thinking: “If only I could quit the work and have a look at the outside world!”

Soon, the chance to do just that came along. A monk took the donkey with him and went down the hill for some cargo. The donkey was excited.

Receiving the cargo at the foot of the mountain, the monk loaded it onto the donkey’s back. They returned to the temple.

On the way back, something strange happened. As passers-by saw the donkey, they reverently knelt down and bowed in worship. In the beginning, the donkey was puzzled and tried to dodge the crowd. As the crowds kept coming, it started feeling like it was walking on air for being worshipped so much and then straightened its back, stood haughtily on the road, and walked with an attitude of pride when it saw people coming.

Returning to the temple, the donkey refused to drive the mill anymore because of its newly-found status and pride after that trip. It only accepted being worshipped. The monk had no use for it and he set it free.

The donkey’s pride was almost its undoing

The donkey walked down the hill on the same path where it has experienced the “supreme treatment.” A crowd was coming its way with loud drums and gongs beating. “It must be a welcoming party for me,” thought the donkey.

It walked arrogantly and full of pride to the middle of the road and stood there waiting. The crowd was, in fact, a team in a wedding ritual. Seeing the donkey blocking their way, the angry people beat it with clubs and sticks without mercy.

The donkey was almost beaten to death and fled back to the temple. Angrily, it told the monk what had happened: “People are so vicious. The first time I went down the hill, people knelt and bowed to worship me. Today, they nearly beat me to death!”

The monk sighed: “You are really an idiotic donkey! People knelt and bowed not to you, but to the Buddha statue that you were carrying that day!”