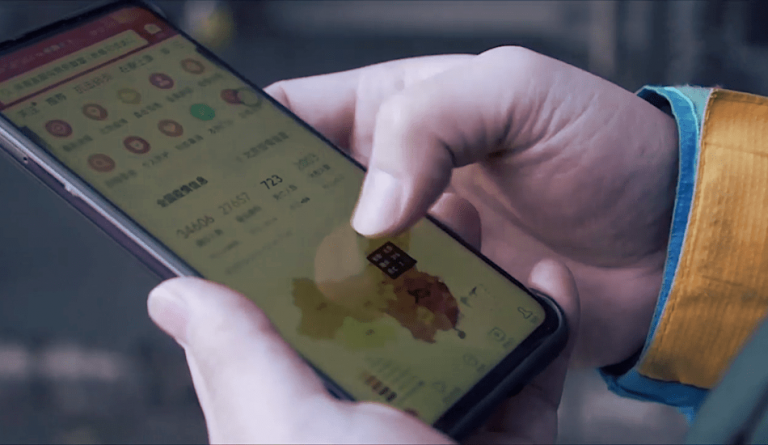 On February 13, a lady in Wuhan by the name of Fang Fang wrote in her diary: “What breaks my heart even more was a photo from my doctor, a friend. In the photo, the floor in a funeral parlor was full of mobile phones. Their owners have been turned into ashes.

Although Fang Fang did not post the photo to the media, the Chinese Communist Party’s (CCP) latest property data and the telecommunication companies’ monthly report confirm Fang Fang’s anxiety and the public’s fears that millions of mobile phone users have disappeared during this epidemic. The implications derived from the reports are even more alarming.

In the first two months of 2020, the number of mobile phone users of three major operators: China Mobile, China Unicom, and China Telecom decreased by 21.42 million.

An analysis of the monthly reports from the three major operators of Hong Kong-listed companies shows that in the first two months of this year, the number of users of China Mobile dropped by 8.116 million users, China Unicom by 7.878 million, and China Telecom by 5.17 million.

Looking back at two of the previous years, in 2018 and 2019, the number of mobile phone users of the three major operators increased by 35 million and 149 million respectively. Shockingly, the number of users plunged drastically in the first two months of this year. This drastic and sudden downturn raises very chilling questions.

Why are so many millions of people in China disappearing off the essential communications grid? Is it that they can’t afford to pay for their mobile phones anymore? That is very unlikely to happen during the New Year holiday season, as Chinese people work hard and have some savings set aside for the holidays.

Is it because some users may have had two phones and did not want to use a second phone anymore? Again, that is very unlikely, as during this epidemic outbreak, an emergency situation, people would foresee the need for a backup phone.

In mainland China, mobile phones are essential communication devices, as well as entertainment sources for people. The CCP even uses various mobile apps such as Alipay and WeChat, as well as the nefarious so-called “social credit” spying network to track and trace personal identities and also to take over Chinese people’s finances…. What is the reason that such vast numbers of Chinese people have suddenly disappeared from the mobile phone network, during a time of crisis when people need to use it most?

This indicates that this number may only be the tip of the iceberg. Also, it is too soon to count the phone numbers of all the dead, as their phone numbers would not have expired yet. So the total number of disappeared may be much, much higher.

Very bleak and very dark conclusions may be drawn to account for this vast and sudden disappearance of so many people off the mobile phone network. There is no silver lining here.

The sinister CCP, in order to keep people from talking, to censor information and the truth about the extent of the pandemic, to keep the information from getting out to friends, relatives, neighbors, and the outside world, locked down not only entire cities but at the same time vanished tens of millions of mobile phone numbers.

This may indicate the cover-up of the real death toll. It may even indicate a holocaust of Chinese people. A large number of patients have died from COVID-19 and funeral homes are full of the mobile phones of the victims. Such a drastic reduction in the number of mobile phone owners naturally will lead to this sharp decline in the number of users.

The CCP scandalously concealed the outbreak of the epidemic, blocked the truth, and destroyed viral data. Therefore there is no reliable scientific data available to the international world that can reveal the real cause of the disappeared 21 million mobile phone numbers.

It is too soon to say, but in fact, 21 million may be a vast and deliberate underreporting. This horrifying development has further alerted the Chinese people and the international community to the dreadful nature of the CCP. How many Chinese have been killed by the CCP coronavirus that are being concealed by the CCP?