Why McDonald’s Sells Their Soft Drinks for Just $1 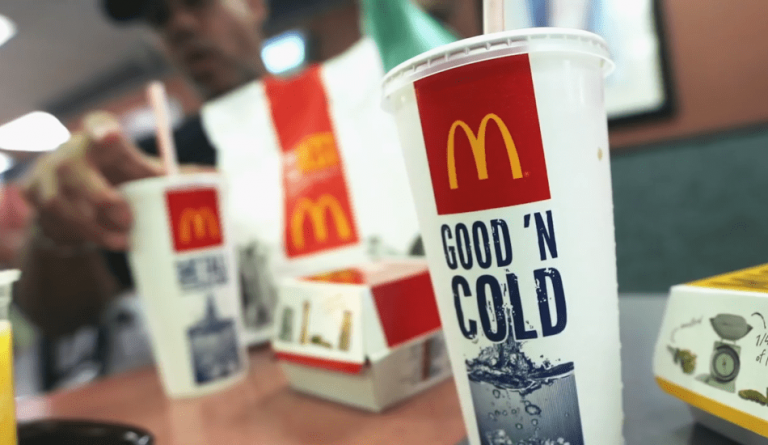 Since 2017, McDonald’s has charged US$1 for soft drinks no matter what the size. (Image: Screenshot / YouTube)

Back in 2017, McDonald’s introduced its US$1 pricing for soft drinks. Irrespective of whether you buy a small or large cup, you simply had to pay a dollar — an offer that is clearly hard to pass up for many people. Some market experts believed that the price revamp would end up creating losses. However, a report by Fortune revealed that the tactic increased the company’s sales by almost 4 percent.

“The [US]$1 soft drink deal brings in a lot of money for McDonald’s and that’s why they continue to keep it on their menu. Soft drinks bring in up to a 90 percent profit margin because each one only costs them less than a quarter. Making their small, medium, and large drinks a dollar makes them money and looks good to customers,” according to Reader’s Digest.

After the success of the US$1 soft drink, McDonald’s introduced the US$1, US$2, and US$3 meal promotion a year later in 2018. This also worked as Q1, 2018 sales in the U.S. rose by 2.9 percent. The company modernized and streamlined its order and delivery system at its restaurants, which made it convenient for customers to quickly get a bite or drink without wasting too much time.

While drinks are one thing, some people wonder how McDonald’s makes a profit on their US$1 or US$2 menus. The trick is in mass production. Since each restaurant makes a large quantity of fries, burgers, and other eatables, the production costs come down massively. Plus, the fact that a vast majority of people tend to buy drinks together with food also helps since the soft drinks have such a high margin.

For instance, even if an outlet decides to sell food for US$2, which might be its break-even point, as long as customers buy a US$1 drink (which gives them a 70 cent profit), the full order still will still end up making them money. And since every McDonald’s restaurant basically serves thousands of people every day, all those cents and dollars in profits will add up to a big amount by nightfall.

McDonald’s has announced that it will be pulling down its all-day breakfast menu temporarily for some time to streamline its processes since the CCP coronavirus outbreak has strained the daily operations of its outlets.

The company is also said to be considering deferring rent and service fees for some of its franchisees. “We are working with our franchisees and local restaurants to focus on serving our most popular choices and will begin temporarily removing some items from the menu over the next few weeks,” Bill Garrett, the senior vice president of McDonald’s U.S. operations, said in a statement (USA Today).

In India, McDonald’s has launched contactless delivery service, with the nation currently under a 21-day lockdown. Once an order is placed online, the food will be delivered at the doorstep without it being touched by bare hands. The delivery person will also observe adequate social distancing. In the UK and Ireland, the company has closed its outlets.

In China, McDonald’s had shut down about 300 restaurants by the end of January. Almost 95 percent of the outlets have been reopened since then and the company is offering contactless pickup and delivery in the country. McDonald’s has also suspended share buybacks for the time being, but remains committed to its dividend policy.