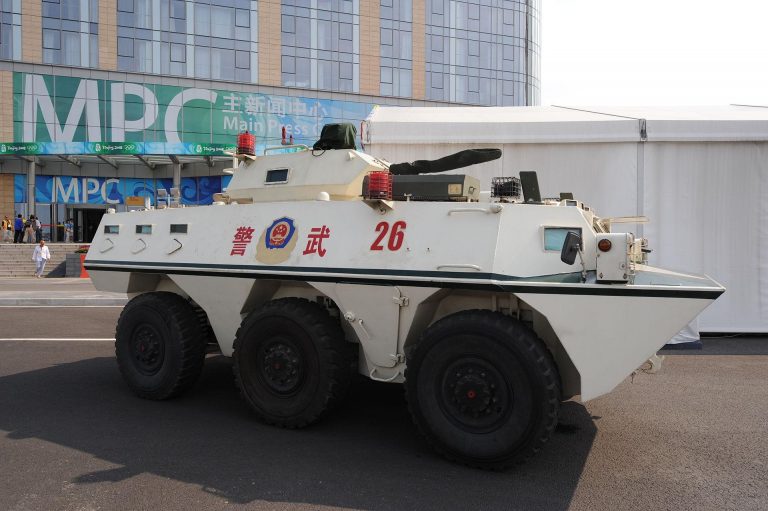 PAP has been spotted in Hong Kong. (Image: inkiboo via wikimedia CC BY 2.0 )

James To, a member of Hong Kong’s Democratic Party, recently revealed that a Chinese internal security force, the People’s Armed Police (PAP), were present in the city to observe the Hong Kong anti-extradition bill protestors.

Though the protests have now subsided due to the CCP Virus outbreak, sentiment against the pro-Beijing government and the Chinese Communist Party (CCP) continues to be negative among Hongkongers.

“Hong Kong police took PAP officers to monitor the protesters and their tactics as part of a wider effort by the paramilitary force to deepen its understanding of the Hong Kong situation… the Chinese forces included members of locally-based PAP units… PAP officers accompanied police to the frontlines,” according to Reuters.

According to estimates, almost 4,000 PAP personnel have been deployed in Hong Kong. Last September, it was reported that a large number of Chinese forces, including PAP personnel, had quietly moved into bases in the city.

PAP is the anti-riot force and paramilitary department in the Chinese mainland and functions as a separate unit from the People’s Liberation Army (PLA). The reform passed in 2018 made Xi Jinping hold the highest command of both PLA and PAP.

When Reuters enquired about the same to the Chinese Ministry of Defense and Hong Kong police force, both departments denied the presence of PAP in the city. Should Beijing choose to militarily intervene in the protests, PAP forces stationed in Hong Kong will be used to subjugate the pro-democracy activists.

However, this is a bit unlikely since it would trigger international repercussions, especially from the U.S., which might again review its relationship with the city.

According to former lawmaker Alan Leong, the Basic Law does not provide for PAP’s presence in Hong Kong. If PAP is actually present in the frontlines, it could explain why Police Commissioner Chris Tang and Chief Executive Carrie Lam have been reluctant to launch an independent inquiry into police misconduct against the protestors.

“The Hong Kong police have somehow been infiltrated by personnel like the PAP. The last thing [Lam and Tang] want to see is for the PAP’s presence to be reviewed in the Commission of Inquiry… [The government must explain the] unconstitutional involvement and participation of the PAP in the local law enforcement actions.

Come clean and ask for people’s pardon. If the government is not willing to own up and back down, then we will go down this collision course,” he said to the Hong Kong Free Press.

Hong Kong has banned non-residents from visiting the city. The ban will remain in effect for 14 days and is aimed at eliminating the risk of importing COVID-19 infected people from abroad. All airport transit services will be halted during this period. Individuals who violate quarantine guidelines will be punished harshly.

The administration is also said to be considering placing a ban on serving alcohol after several infections were identified having links to bars.  “When a bar cannot sell alcohol, it can do other things as many hold restaurant licenses as well… I understand that the industry has a lot of opinions on this.

We are willing to listen. After all, it will take at least a few days for us to study the legal amendments,” Lam said, as reported by the South China Morning Post.

The Chief Executive indicated that she would implement legislative measures to ensure the alcohol ban is followed in case businesses do not voluntarily stop selling it. There have been 410 cases of CCP virus infections in Hong Kong. 102 people have recovered from their illness while 4 people have died.