‘Memoir of a Communist Slave’ 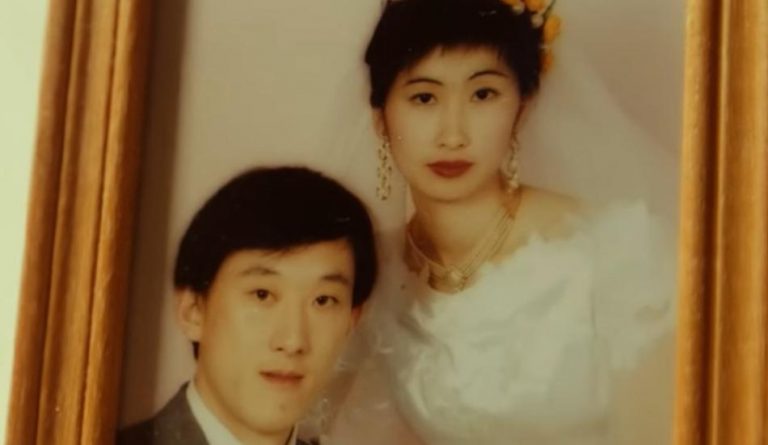 Huang's wife was sentenced to death because she practiced Falun Gong. (Image: Screenshot via YouTube)

Memoir of a Communist Slave is a 6-minute short film that narrates the story of David Huang, a Falun Gong practitioner from China. The story follows the murder of Huang’s wife and his incarceration at a “re-education” camp where he was constantly forced to give up his beliefs by the communist regime.

“The Chinese Communist Party (CCP) has educated us to believe that it is ‘great, glorious, and correct.’ I never would have thought they would prosecute my wife to death while she was 3 months pregnant, just because she and the rest of our family practice Falun Gong,” Huang says at the beginning of the short film.

Falun Gong is a spiritual practice that came into popularity in the 1990s. It became so popular that an estimated 70-100 million Chinese started practicing it in just a few years. This alarmed the then CCP General Secretary Jiang Zemin, who did not like that an increasing number of citizens were following Falun Gong’s principles when they should be loyal to communist ideology.

Soon, Zemin launched a massive persecution campaign against Falun Gong practitioners, many say, out of spite and jealousy. This also helped in consolidating Zemin’s political power. Huang got caught and was sent into a re-education camp for two years. There, he was forced into labor and suffered mental as well as physical torture. But despite all the difficulties, Huang held on to his faith.

When released, Huang came to know that the officials were once again planning on detaining him. Huang realized that if he remained in China, he would end up dead. However, if he tried leaving the country, there was at least a possibility that he could escape even though such a move still came with a risk of death. Huang left his daughter in the care of his mother and left the country.

Reaching Thailand, Huang gained refugee status from the United Nations High Commissioner for Refugees (UNHCR) in Bangkok. He was able to get his daughter into Thailand three months later, thanks to the efforts of fellow Falun Gong practitioners and family members. Huang began exposing the CCP’s genocide of Falun Gong practitioners. Soon, Chinese spies started tracking him. The Chinese Embassy in Thailand also pressured the Thai police to arrest Huang and place him in the immigration detention center.

Luckily, the government of New Zealand was sympathetic to Huang and issued special visas for him and his daughter. They eventually migrated to New Zealand. After he started speaking about the Falun Gong persecution, the Chinese government once again started spying on him, this time through the embassy in New Zealand. His mobile phone was tapped. Some goons also came to his home, smashing windows and the mailbox. These actions were intended to be a warning from the CCP — remain silent or you and your daughter won’t be safe.

Chinese officials visited Huang’s parents and warned them that they would be arrested if Huang kept raising the topic of the Falun Gong persecution. Huang realized that the CCP exists by making people afraid of the Party and then it capitalizes on that fear to hold them hostage and keep them as slaves to the communist ideology.

That was when Huang decided that he would not remain a slave anymore. Huang believes that each and every Chinese person needs to think deeply about the climate of violence and corruption that is plaguing China, which has given rise to tragedies like the persecution of Falun Gong practitioners. More than 15 years after losing his wife, Huang continues to speak out against the Chinese regime together with his daughter Luna.