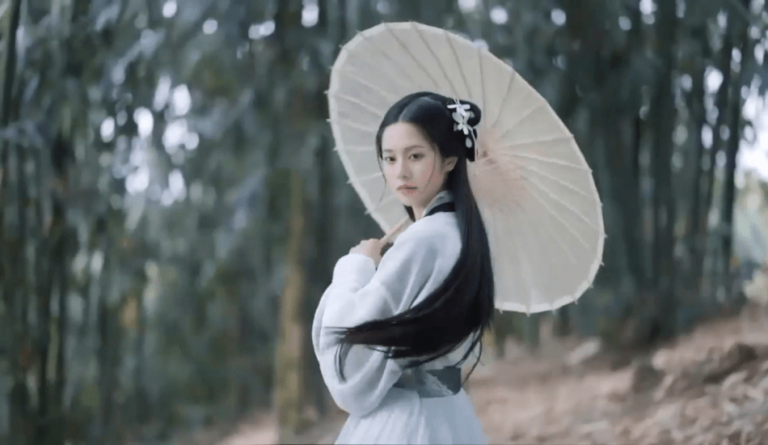 Hanfu, the traditional clothing of the Han ethnic majority in China, has now become a craze among young Chinese. (Image: Screenshot / YouTube)

Hanfu is the clothing that was worn by the Han ethnic majority in China prior to the Qing Dynasty (1644 to 1912). After communists took over and Western clothing started becoming prevalent, wearing Hanfu was seen as dangerous since it might indicate a love for tradition. In the past decade, there has been a huge surge of interest in Hanfu clothing.

“When I saw it, I really liked it… They looked fairy-like, dreamy. I was completely drawn by the beauty of these clothes, and then eventually came to understand the culture of Hanfu, and I liked it more and more,” a young Chinese woman said to CNN. Interestingly, most Hanfu enthusiasts tend to be youngsters. Since they have grown up during a period where everything related to Chinese tradition and culture was labeled as “backward” by the Communist Party, the youth have largely felt cut off from history.

The growing interest in Hanfu clothing seems to be a yearning to reassert their cultural identity. After all, the need to believe that one is the descendant of a community that was culturally or scientifically rich is something normal for any person. The youngsters in China are no different. Even the Communist Party seems to have noticed the trend and decided to co-opt it rather than suppress it. In 2018, the Communist Youth League organized the Chinese National Costume Day for the first time.

According to estimates, the Hanfu industry in China was worth US$156 million in 2019. High-end Hanfu clothing can cost more than US$1500 per outfit. Most people stick in the price range of US$14 to US$45, which accounts for almost 50 percent of the market. Higher quality clothing will have better craftsmanship, patterns, and fabrics.

Parents who are Hanfu enthusiasts ensure that their kids also get interested in this clothing style. As of 2018, there were about 56 Hanfu manufacturers in China who focused on producing clothing for kids. Even though there are more online stores for Hanfu, brick-and-mortar shops continue to attract customers since they can try on their clothes before purchase.

The Hanfu revival also comes with an unfortunate side effect, largely due to the involvement of the Communist Party. Beijing seems to now be focused on making Hanfu the official Chinese way of dress, even forcing other minorities and tribes to accept it. A 2018 report by the Uyghur Human Rights Project reveals that Chinese officials were strongly discouraging Uyghurs from wearing their traditional clothing to school, pushing Han Chinese style clothes on them instead.

China is one of the biggest exporters of textiles in the world, accounting for around US$271 billion in trade last year. With the country on lockdown due to the outbreak of the CCP coronavirus, the textile industry has inevitably come under strain. Though some factories are opening up, most remain closed, causing losses to business owners and unemployment to large sections of the working class. In the first two months of the year, textile shipments have dropped by almost 20 percent.

Clients from the UK and Europe are canceling some orders, many of which are works-in-progress. If the manufacturers are unable to sell these at least at cost, they might end up in trouble. Many clients are themselves in a terrible financial situation and have asked for payment extensions of 30 to 120 days, putting further pressure on the Chinese garment industry.

One U.S. retailer apparently asked for a flat 30 percent discount on all payables, including for items that have already been delivered. Strapped for cash, some Chinese textile exporters have no option but to agree to such terms.