CCP Coronavirus: The Biggest Economic Reversal Since the Great Depression 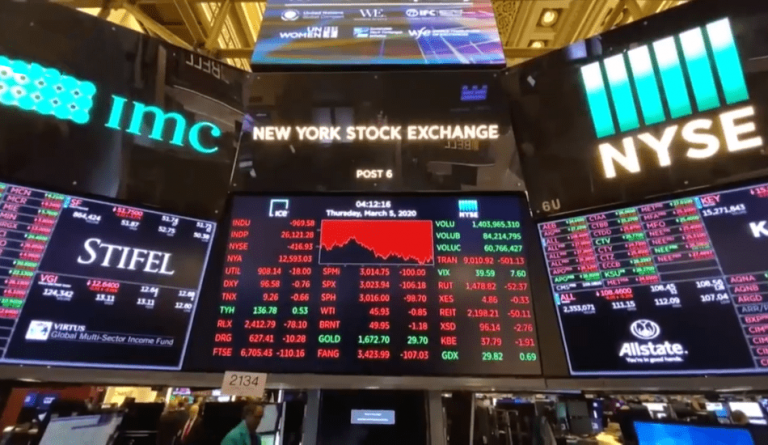 Any major pandemic not only creates a medical emergency, but can also trigger an economic decline that puts additional stress on individuals and governments. (Image: Screenshot via YouTube)

Any major pandemic not only creates a medical emergency but can also trigger an economic reversal that puts additional stress on individuals and governments. When it comes to the CCP coronavirus, it seems as if we might be headed toward one of the greatest economic reversals since the Great Depression, as per a forecast by the International Monetary Fund (IMF).

“Just three months ago, we expected positive per capita income growth in over 160 of our member countries in 2020… Today, that number has been turned on its head: we now project that over 170 countries will experience negative per capita income growth this year… In fact, we anticipate the worst economic fallout since the Great Depression,” said Kristalina Georgieva, the IMF’s managing director, as reported by the BBC.

Countries in regions like Latin America, Africa, and Asia, which are largely emerging markets with low income levels, will be at the greatest risk. These nations already tend to have weak healthcare systems that would make dealing with COVID-19 effectively an impossible job if the pandemic were to spread uncontrollably.

The economic fallout will only make matters worse. Investors are already pulling out capital from such emerging markets. In fact, capital outflows have totaled over US$100 billion in just the past two months in these markets. This is more than three times the number when compared to the 2-month capital outflows during the Great Financial Crisis of 2008.

The IMF is apparently working with the World Bank to institute a freeze on debt collection for next year from some of the poorest countries in the world. It is hoped that these nations might utilize the money for dealing with CCP virus infections. The IMF is also setting up a US$1 trillion fund that will be used to provide financing to countries that are finding it difficult to deal with the outbreak. The organization might also provide US$100 billion to low-income nations.

Ray Dalio, the founder of Bridgewater Associates, warns that the CCP coronavirus pandemic may cause losses to the tune of up to US$4 trillion for American companies. He pointed out that the current economic situation seems to be developing into an economic crisis. “We are now at a point where there will have to be a debt restructuring and a monetization of that… We’re living in a different world, like the 1930s in which 1930s, 1932, you have a devaluation of the dollar. You have the printing of money,” he said to CNBC.

Governments across the world have announced various measures to deal with the economic fallout from the CCP coronavirus. In China, the central bank has reduced reserve requirements, essentially allowing banks to provide extra loans worth US$80 billion to businesses struggling in the current economy.

Beijing is apparently preparing a huge economic stimulus package. Analysts expect the package size to depend on the kind of economic growth China is targeting for the year. The administration traditionally reveals its growth target by this time of year. The fact that it has yet to do so signals how chaotic the impact of COVID-19 has been.

In the U.S., the Trump administration has already announced a US$2 trillion package to boost the local economy. This includes loans for businesses as well as income support for economically weaker sections of society. The Fed has cut interest rates close to zero and ramped up the purchase of Treasury bonds and corporate debt in a bid to maintain liquidity in the market. The scary factor is the unemployment level. As of April 20, 22 million people have filed unemployment claims in the past four weeks.