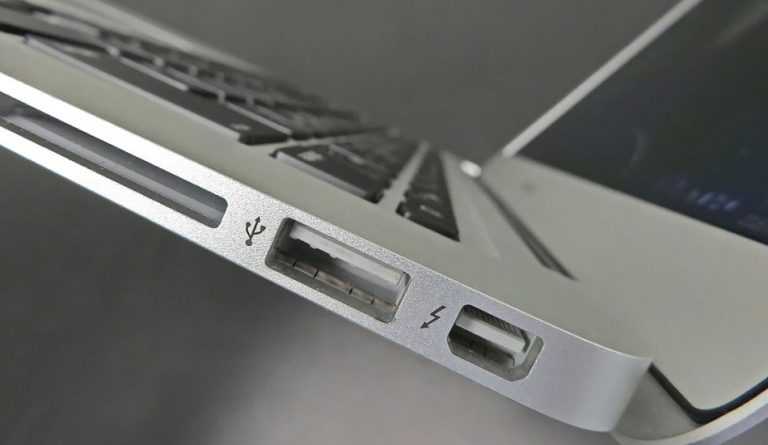 When it comes to hardware interfaces that enable a computer to connect to external peripherals, the Thunderbolt standard has been the king for many years thanks to its high-speed data transfer rates. However, the premium speed of Thunderbolt meant that laptops featuring the interface were also priced higher. But with the upcoming USB4 standard offering similar speeds, this situation is expected to change.

“Intel created Thunderbolt 3, and anyone who wants to use it (whether it be a flash drive, the port in your laptop, or a cable) has to pay a royalty fee to gain certification. That fee means the price of anything related to Thunderbolt goes up, and other USB specs remain cheaper by comparison. That’s why you’ll find Thunderbolt in your premium MacBook but not in a US$300 laptop. The cost is prohibitive,” according to How-To Geek.

In contrast, USB is an open standard. No one has to pay any fee to use the tech. Any computer manufacturer can integrate it into their products and offer data transfer speeds similar to that of a Thunderbolt 3, which is estimated to be around 40Gbps. This would also force Thunderbolt 3 to lower its fee, which in turn will bring down the price of laptops featuring the interface.

But just because USB4 supports transfer speeds of 40Gbps, it doesn’t mean that you can plug it in and enjoy such speeds right away. The actual speed you get will also depend on the hardware on your computer. For instance, 40Gbps transfer speed requires 40Gbps-certified dual-lane cables that usually cost higher than USB 3.2 Type C dual-lane cables that peak at transfer speeds of 20Gbps. The USB4 protocol also specifies rate control for multiple devices that might be attached to the same port.

“This means that more devices can be connected to a single port before significant latency and throughput problems crop up. For example, a 1080p USB4 display might advertise a requirement for 3Gbps of data, which would then be prioritized over other peripherals connected to the same port. This can prevent frame drop or other latency issues from occurring with a storage device and display connected via the same port and cable,” according to Ars Technica. USB4 is expected to allow up to 100W power delivery together with fault protection.

Intel recently announced that it would launch Thunderbolt 4 sometime this year. The standard will be first supported by the company’s upcoming Tiger Lake mobile processors. Given that Thunderbolt 3 had speeds of 40Gbps, experts were expecting the updated version to have speeds of about 60gbps to 80Gbps. But the company made it clear that Thunderbolt 4 will only have speeds of 40Gbps. As such, it will definitely face tough competition from the cheaper USB4 standard that delivers the same performance.

However, Thunderbolt will still be in demand, specifically from people who are looking for the top-end performance that USB4 might not be able to deliver. “The newer USB-C connector is small enough for both phones and laptops, but sometimes USB-C cables and ports only can handle ages-old USB 2 data rates of 480Mbps.

And while USB-C is good for charging devices that need up to a hefty 100 watts of power — plenty to charge a high-end laptop — not every USB-C port is capable of charging a device,” according to CNet. Intel claims that Thunderbolt 4 will standardize PC platform requirements. Thunderbolt’s simplicity of use will surely give it an edge over USB as far as some customers are concerned.