Men Should Not Be Judged as Wise for Only Kind Words 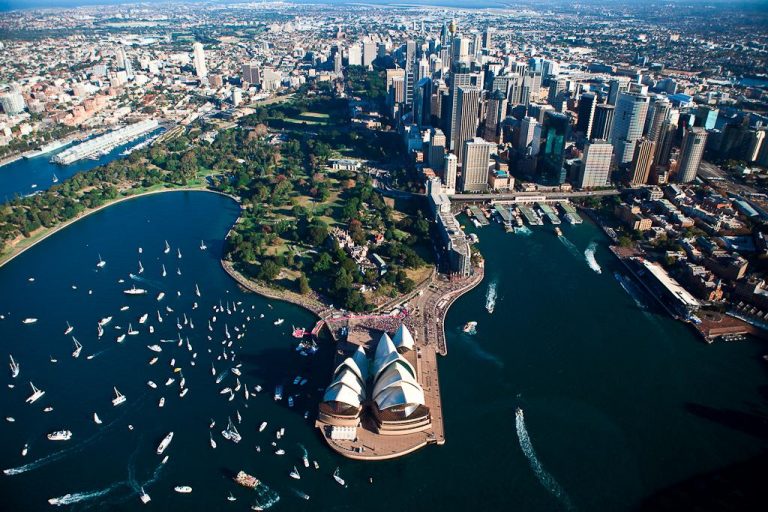 Australia ranked as the second most favored country in which the citizens of Hong Kong wanted to reside. (Image: via Wikimedia Commons)

An article I published a few days ago, Don’t Stand Up If You Can’t Undertake the Responsibility, has received a lot of feedback. Some readers asked what was wrong with an open letter that “opposes ‘racism’” and supports “unbiased media reports”? My answer is, Zhuangzi, an influential Chinese philosopher, once said: “A man should not be judged as wise for only kind words.” It means, even when someone does well on the surface, he should not be considered wise if he has questionable motivations.

As a free and democratic country, Australia prides itself on the success of its multiculturalism. Australian society upholds justice and civilization, with widespread harmony among various ethnic groups. Australia is also a country ruled by law; therefore, any discrimination that involves insults, defamations, humiliations, and threats due to skin color, race, or religion is strictly prohibited by law. This also means the so-called “anti-Chinese” and “discrimination” in Australia will never become mainstream.

I’ve been the chief editor of a Chinese newspaper for many years. Until now, I do not believe that racism toward Chinese is prevalent in Australian society. April 8 is the day when Wuhan, the source of the pandemic, lifted its lockdown. Coincidentally on the same day, some “influential” members of the Chinese-Australian community chose to publish an “open letter.”

The letter determinedly condemned an imaginary fundamental situation that never existed; it’s hard not to relate this coincidence to possible political motivations behind the scenes that may involve acting upon certain unsaid instructions from the Chinese government.

In recent years, there have always been groups of people peddling the narrative that Australian society displays prevalent “anti-China” or “racist” phenomena. Why? This question is worthy of further consideration.

When the Australian government enforced the new foreign influence transparency laws, the Chinese government was quick to point out the laws were directed at it. It claimed that this kind of law is “anti-Chinese,” “humiliating to the Chinese,” and is a form of “discrimination” by Australians toward Chinese-Australians. Putting aside the discussion of whether this law is implemented against China or not, the CCP’s statement has already intentionally bound Chinese-Australians with the Chinese government as if we are one.

Why would any Chinese living in Australia attempt to stop the Australian government from passing foreign influence transparency laws when the purpose of these laws is to resist foreign interference? Yet Chinese community leaders, such as Huang Xiangmo and Ernest Wong, who insist on “representing the Chinese,” continue to stir up the community with “anti-Chinese” and “racism” rhetoric to resist the Australian government from passing these laws.

It seems that every time when requests are made on behalf of Chinese-Australians, the reality is, the instigators are covertly helping out a foreign government. None of these requests affect Chinese-Australians personally and have nothing to do with the Chinese community and are not wise decisions.

Since COVID-19 broke out in Wuhan and spread to the rest of the world causing large numbers of death, the public has been criticizing China for concealing the pandemic from the international community. When Australian society is battling the virus, appalling actions from some Chinese businesses in relation to exporting personal protective equipment has truly caused discontent among Westerners toward the Chinese.

When mainstream media uncovered the facts, discussions are always confined to the incident itself. There was no exaggerated reproach on the topic. Since when did criticizing the actions of certain Chinese individuals become an injustice to the whole race? At the same time, does condemning the Chinese government equate to humiliating the Chinese?

This is similar to a few years ago when the Australian media uncovered Huang Xiangmo’s actions, they were labeled as “anti-Chinese”; how could an individual or government represent the entire Chinese community? I do not believe that Chinese elites are not wise enough to distinguish the relationship between the government and its people. However, these elites can only see the “complaints and dissatisfaction” of those on the receiving end, while ignoring the harm that some instigators have brought to Australian society.

While the media hypes the “open letter,” a video emerged on Twitter of a young Chinese exceeding the limit while purchasing milk powder at a supermarket. When another customer tried to stop him, this young man attempted to attack that customer. The person uploading the video wrote it with a tagline — “Australia has had enough.”

The video went viral, with countless Chinese and English comments arousing intense debates, including extreme comments such as “Chinese, get out of Australia.” Faced with this situation, should these Chinese elites also protest against the Australian community for “insults” and “racism” toward the Chinese?

Imposing an individual behavior on the entire Chinese community is just the same as elevating a few extreme comments to a widespread “racism toward Chinese”; this is not just biased, but also ignorant. Of course, it would not make any impact on the wider Australian public.

There is a Chinese saying: “A person without credit shall not be trusted; a country without credit shall diminish.” I will not discuss the rise and fall or the credibility of a certain major player, but I wish those elites who are willing to be a public voice for Chinese-Australians knew what is needed to make the world a better place.

I truly hope they understand what is right and wrong and do not seek personal gains or discredit Australia without proper facts. When public opinion casts Chinese-Australians into the spotlight, we should not be deliberately conflating the entire Chinese community with the wrongdoings of a government, and then use discrimination rhetoric. This is not only dangerous but also morally wrong.