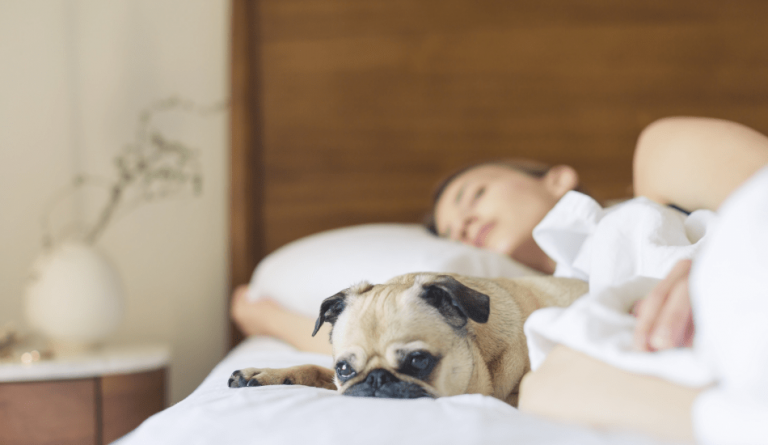 Want to find a way to sleep better? Sleeplessness is an issue that affects many people. Traditional Chinese medicine (TCM) has its own explanation for insomnia and other sleep disorders, offering an alternative understanding of the underlying cause of the problem.

TCM sees sleep disorders as being caused by an imbalance of Qi energy. As the Qi circulates throughout the body, it passes through numerous meridians like the spleen, lungs, heart, liver, and so on. There are 12 principal meridians in the human body, of which 6 are considered to be of the yin nature while the remaining 6 are deemed to be of the yang nature. During the course of the day, the yin and yang energies keep waxing and waning.

TCM has a concept known as “the body clock,” which states that Qi moves through different organ systems in the body at 2-hour intervals. Between 9 p.m. and 11 p.m., the organ systems as a whole are said to generate the highest amount of heat. Between 1 a.m. and 3 a.m., the liver is said to be engaged in cleansing functions. As such, sleeping between 9 p.m. and 3 a.m. is generally considered a good thing for the body. In contrast, a morning workout between 3 a.m. and 5 a.m. is seen as good for your lungs since these organs peak during this period.

Preparing TCM herbal concoctions is an easy way to alleviate sleep-related issues. Get some peppermint leaves and chrysanthemum flowers. Boil them together and drink the liquid. This is believed to increase the Qi flow in the liver and help you sleep better. You can also use Chinese red dates for insomnia. Just add them to your soup or stir fry with vegetables to eat them. Chinese red dates can improve the Qi and blood deficiency of the body, thereby harmonizing the yin-yang disorder and allowing you to get a good night’s rest.

There is an acupressure point in your body called the “anmian,” which roughly translates into “peaceful sleep.” “Locate the point behind your ear, between the ear and the base of the skull, where there’s a slight depression next to a bone called the mastoid process. Place your finger on this depression and apply pressure in a circling motion to massage it. After circling 100 times, you should feel more relaxed and ready to sleep,” according to Tao of Wellness.

Food to help you sleep better

Changing your diet might also help you resolve sleep disorders. An overactive liver and an excessively burdened stomach can cause sleeplessness. As such, avoid consuming foods that are too sweet, spicy, or pungent. Such foods are typically seen as yang or heating foods.

Instead, you should eat foods classified as having a yin or cooling property. These usually include items that are high in moisture and tend to be green or pale in color, like green beans, cucumber, watermelon, tofu, bananas, and so on. Longan fruit is said to improve circulation in the body. Eating them together with some goji berries is also recommended.