Tanzania Says No to Chinese Loan, Mocks Terms and Conditions 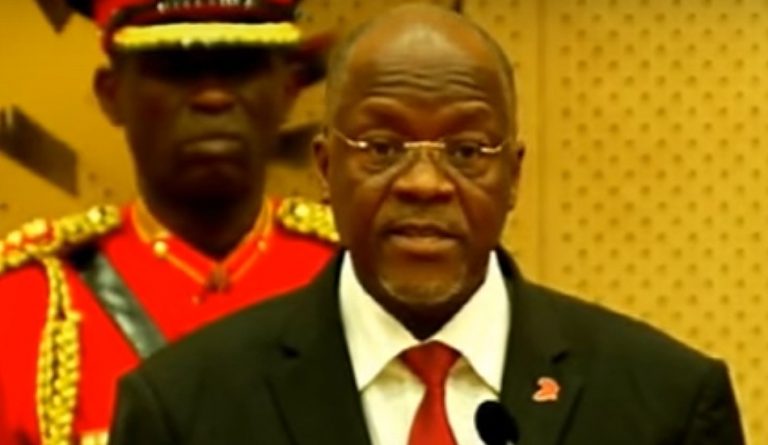 John Magufuli, the President of Tanzania, has announced that he is canceling a US$10 billion loan offered by China. He called the terms and conditions of the loan so ridiculous that “only a drunkard” would accept it.

The canceled Tanzanian loan was signed when the predecessor of Magufuli, Jakaya Kikwete, was the president. The purpose of the loan was to construct a port at Mbegani creek in Bagamoyo. According to the conditions of the loan, the Chinese investors were to get a 30-year guarantee on the loan as well as 99 years of uninterrupted lease. The loan had attracted widespread criticism even back then. In fact, many called it the “killer Chinese loan.”

Demands were made by the Tanzanian government to reject the loan and some even warned Kikwete of dire consequences. However, Kikwete ignored the concerns of the people and went ahead with signing the deal. After Magufuli came into power, he started a renegotiation process and wanted the lease period to be reduced from 99 years to 33 years. However, after the Chinese investors did not give an answer by the deadline, Magufuli decided that enough was enough and terminated the loan.

Magufuli has also called on international creditors to cancel some of the loans owed by African nations so that these countries can utilize the repayments toward fighting the CPP coronavirus. “African countries’ economic capacity is not the same as that of developed countries… Instead of offering more loans to fight corona, they should forgive debts,” the president said, as reported by Reuters. He asked African countries to stand together and push for a debt write-off.

Tanzania has to spend close to US$303 million every year in repayment of its debts. If the lenders were to offer a moratorium for only a year, the money could be used to boost facilities to deal with the virus outbreak. However, Magufuli’s request to cancel Africa’s debts seems a bit too ambitious since no lender in their right mind would agree to part with their loans completely. At best, some portion of the loan might be forgiven.

Fortunately for Tanzania, the country has only recorded about 300 cases of infections and 10 deaths. Magufuli has ruled out the possibility of imposing a lockdown in the country’s commercial capital of Dar es Salaam, arguing that such a move would be devastating for the economy since the city contributes almost 80 percent of the country’s revenues.

Dar es Salaam is the place that has reported the most number of virus infections in the country. The President reminded us that fear is deadlier than the virus and advised people to utilize traditional medical solutions like steam inhalation.

According to data provided by China’s General Administration of Customs, trade between China and Africa fell to US$41 billion in the first quarter of 2020. This is a 14 percent decline compared to the same period last year. China’s exports to Africa decreased by 10.5 percent while its imports from the continent dropped by 17.5 percent. China mostly imports raw materials like metals and oil from Africa.

In a recent report by the World Bank, the organization warned that countries in Africa that have high trade connectivity with China will be the most vulnerable economically due to the COVID-19 outbreak. With experts expecting the global economy to remain muted during the second quarter, China-Africa trade numbers will likely fall even more. Bilateral trade between the two regions totaled around US$208 billion in 2019.