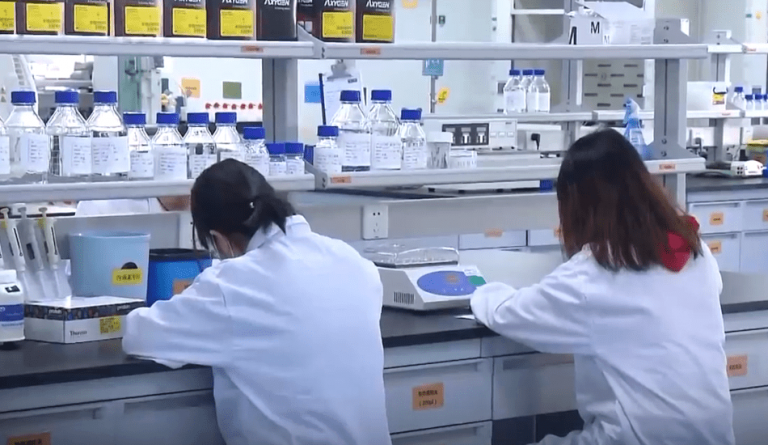 There is fear that Beijing may misuse the DNA database. (Image: Screenshot / YouTube)

The United States and the UK are apparently looking into China’s Wuhan Institute of Virology (WIV), which is rumored to be the source of the coronavirus that is ravaging the world. Beijing has claimed that the virus emerged from a wet market that sells meat, fish, and exotic animals. However, U.S. officials are said to be confident about the WIV’s involvement in the crisis.

It has been almost five months since the CCP coronavirus outbreak started. Yet, no one has a clear idea of how it all began. The popular theory is that the first case of infection took place through bat meat sold by the Wuhan market that was consumed by a random buyer. But an investigation by Fox News that accessed classified Chinese documents revealed that the wet market in Wuhan never sold bats.

U.S. intelligence officials believe that the virus escaped from the WIV, which studies infections in bats. “It is understood that the initial transmission of the virus was bat-to-human… Patient zero is believed to have been an intern who was accidentally infected while working at the controversial Wuhan laboratory before spreading it among the general Wuhan population,” according to Express.

U.S. President Donald Trump has repeatedly asked China to come clean about the origin of the coronavirus. Australian Prime Minister Scott Morrison has announced plans to push for an investigation at the World Health Organization (WHO) assembly in May. But given the organization’s pro-China bias in the matter, a positive outcome seems unlikely. Meanwhile, China has refuted the idea of the coronavirus originating from the lab and has consistently refused the possibility of any third-party investigation into the matter.

Petr Chumakov, chief researcher at the Engelhardt Institute of Molecular Biology in Moscow, believes that the Wuhan lab has been actively developing several variants of the coronavirus for more than a decade. The scientists at the lab reportedly did some “absolutely crazy things,” including modifying the genome to make the virus capable of infecting human beings.

Back in 2018, U.S. embassy officials in China raised some concerns about what they believed were inadequate safety procedures implemented at the Wuhan lab. An embassy report pointed out that the place had a serious shortage of trained technicians capable of professionally operating high-containment labs. The officials warned that a SARS-like pandemic could be triggered due to such sloppy conditions.

Meanwhile, the UK’s National Health Service (NHS) has issued an alert, warning that there has been a massive spike in the number of children being admitted to clinics due to an inflammatory syndrome that might be related to the coronavirus. The alert was sent to NHS doctors. Since youngsters are believed to be the least affected by the virus, the NHS alert has raised concern among many experts.

According to the organization, children seen with such a syndrome show signs of cardiac inflammation, stomach pain, and gastrointestinal issues. Along with COVID-19, both Kawasaki disease and toxic shock syndrome also present with such symptoms. However, testing some of the affected kids showed that they have not been infected with the CCP coronavirus.

This has perplexed experts who theorize that the condition could be triggered by another pathogen. Even though pediatricians have asked for more information, the NHS has remained silent. Doctors have been asked to refer children with such symptoms immediately. The UK plans to ease lockdown restrictions soon and schools are expected to reopen in June.