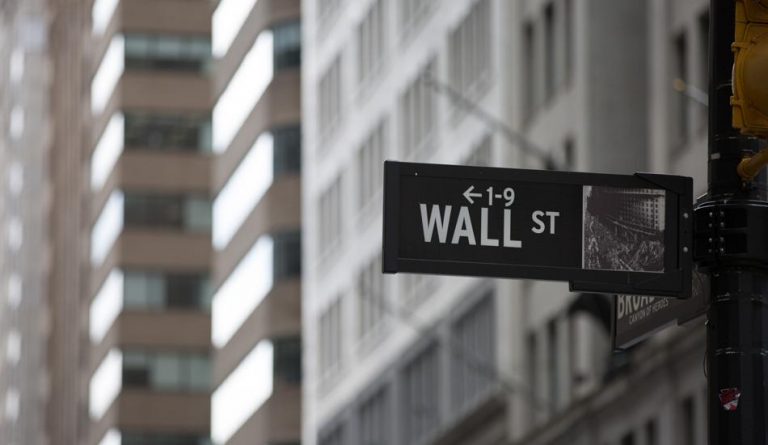 As of October 2020, the number of funds invested in Chinese firms listed on American exchanges equaled roughly US$2.2 trillion. (Image: via publicdomainpictures / CC0 1.0)

The worldwide trail of destruction that comes with the spread of the Chinese Communist Party (CCP) virus has forced countries to re-examine wholesale their relationship with the CCP regime. The United States is no exception. Courtesy of the regime, the entire world, overnight, fell into the devastating grip of the communist-level lockdown: restricted movement, housebound, quarantine, social distancing, no gatherings, no worship, no sport, no school, no travel.

People and countries are asking how much more of this pain can we take? People are asking, is the collaboration, support, and reliance of Wall Street titans on the CCP worth the loss of our rights and norms, the collapse of the economy, health care systems, supply lines? Is it worth it?

That the CCP is malicious is not a conspiracy theory for everyday people anymore. That reality has come knocking on every door. Wall Street may have started out with good intentions. Indeed, it is very difficult for decent and honorable people to take-in how perfidious and implacable the CCP really is. However, that genie is out of the bottle.

The CCP is a sinking ship. The world has only one way to avoid going down with it. Cut loose from it immediately, and cut our losses. The losses will be big, but the alternatives, as we are experiencing, are much worse.

Hospitals are overwhelmed, enterprises are locked down and Times Square, which in the past was lively and bustling, is now empty and desolate — a forlorn ghost town. Why is the epidemic in New York so severe? What is this fatal connection between New York and the CCP? Let’s start with Wall Street.

The former U.S. Secretary of the Navy, Richard Spencer, talked candidly about the U.S. pension policy in a column published in The Wall Street Journal last year. “Think about it, when your long career ends, you find that the savings over the years have been used to fund American enemies to develop advanced weapon systems.”

The Federal Retirement Thrift Investment (FRTI) Board of Directors that oversees the fund has decided to include the retirement savings of these U.S. government employees in the emerging market index developed by Ming Sheng. Headquartered in New York, Ming Sheng is the world’s largest stock price index compilation entity. The Emerging Markets Index includes the following Chinese companies:

Aviation Industry Corporation of China (AVIC). The company’s main shareholder is the Chinese military weapons developer “China Aviation” Industrial Group. It is a Chinese state-owned aerospace and defense conglomerate. It is ranked 159th in the Fortune Global 500 list and has over 100 subsidiaries. Its subsidiaries have been sanctioned by the U.S government for assisting Iran in developing missiles.

Hangzhou Hikvision Digital Technology is a partial Chinese state-owned manufacturer and supplier of video surveillance equipment of which their controlling shares are owned by the CCP. It is known that this entity provides monitoring equipment in Xinjiang concentration camps, detaining millions of Uighur Muslims.

Tencent Holdings is a Chinese multinational conglomerate holding company and its subsidiaries specialize in various internet-related services and products in China as well as globally. The company owns the social media application “WeChat,” a social media platform developed by Tencent. It assists the CCP with monitoring dissidents, particularly now, during the CCP virus period, and suppressing those who expose the truth of the epidemic.

The U.S.-based non-profit organization “Citizen Power” is pursuing a class action lawsuit against WeChat on the grounds of “suppressing key information related to the epidemic, leaving the world in the dark and unprepared.” Citizen Power said that hundreds of thousands of overseas WeChat users have signed up to participate in this class action.

In November of last year, Ming Sheng increased the weight of China’s A-shares market from 5 to 20 percent in some Indexes that may cause US$80 billion of capital flow into the Chinese market. China A-shares are the stock shares of mainland-based companies that trade on the two Chinese stock exchanges, the Shanghai Stock Exchange (SSE), and the Shenzhen Stock Exchange (SZSE). China A-shares are quoted in RMB, unlike B-shares that are quoted in foreign currencies.

The Wall Street Journal reported that Ming Sheng’s decision was pressured by the CCP government, as the CCP is trying to reduce the business of Ming Shen in China. China Ming Sheng, founded in 1996, is actually the first bank in China to be owned mostly by non-government enterprises. The report also said that the influence of the CCP regime on Ming Sheng has made the company’s independence questionable.

In the past few decades, the elites of American political and business circles had initially imagined that if more funds flow into China to promote China’s economic development, the CCP may change its totalitarian approach and integrate into universal values ​​and the world order. However, the CCP has not changed its behavior pattern, leading to the global spread of the CCP coronavirus pandemic, and New York quickly became the hardest hit.