A Different Perspective of the CCP Virus Outbreak 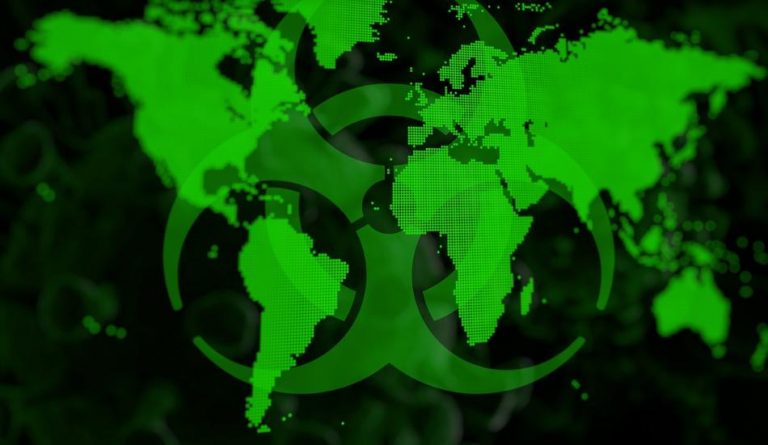 COVID-19 has spread across the globe at unprecedented speed. (Image: Pixabay / CC0 1.0)

Though we might tend to think so, a global pandemic is not something we as a species have not encountered many times before. Throughout the course of history, the world has faced the wrath of highly infectious diseases and almost entire civilizations have been wiped out. The reason the current CCP virus situation seems to be unprecedented is the speed of its reach across the globe.

Whereas earlier, people tended to live in isolated communities, today’s globetrotters and teeming cities have provided the perfect scenario for a virus to spread quickly and extensively.

“European diseases killed an estimated 20 million people, 90-95 percent of the pre-Colombian population of the Americas. Germs, not guns or steel, conquered the New World,”  according to TheHill.com

Whether it was the “Black Death” that annihilated almost half of the European population in the late 1340s, Spanish flu that killed more than 50 million around the world, or the SARS outbreak most recently, as much as we have suffered monumental losses, it has helped us understand and improve the inner mechanics of government, and push forward medical research.

In a pandemic such as the one we are now facing, the social impact of the fear caused by the CCP virus can be far greater than the medical impact of the virus itself. This is essentially the intrinsic quality commonly observed in almost every global infectious disease situation in the past. Advanced technology and knowledge gleaned over the years will help us contain and overcome the disease, but the fear remains the same. It’s interesting to note how different communities around the world respond to this fear.

It takes strong leadership to reinforce a community and bring them to a collective mental space where they can deal with this fear effectively and behave in a positive manner to overcome a pandemic situation. The most common negative trends that run through a community during the initial phases of a pandemic include hoarding or manipulation of essential commodities for personal profit or greed, spreading of misinformation, or continuously downplaying the threat.

An effective leadership dispels the fear through focused and accurate information provided at a regular frequency. The manner in which this bridge of communication is established, along with firm actions backing it up, determines to a great extent how a community will respond to it. The compassion, wisdom, and strength conveyed in this communication will reflect ultimately the interaction between community members, enabling them to keep the situation under control.

The power of virtue

While such an emergency situation can reveal the dark side of humanity, it also brings to light the heroic side of humanity. In any medical crisis, you will see a lot of death and destruction, economic ruin, and self-centric behavior. At the same time, it is in these times that you can witness shining examples of heroic deeds being done, with people inspiring other people to help each other out and pull themselves out of fear and hopelessness.

In the Newyorker.com, historian Frank Snowden states: “A really good example is Doctors Without Borders in the Ebola crisis, and the way in which they put their lives and their futures knowingly, directly on the line for no self-interest whatsoever and no reward, but purely because they were committed to defending the lives and health of the weakest people in the world.”

There is an ancient Chinese story that sheds light on these concepts. The story is about a respected imperial chef who upon retirement from the royal court returned to his hometown and opened a tavern. Soon, a plague broke out, killing people swiftly. The wealthy imperial chef at first remained protected in his mansion, but when he realized that he had also been infected by the deadly plague, he experienced a moral shift and decided to use his resources to help the needy.

He hired men to help him bring his town back to life and inspired other rich members of society to help their communities. Over time, the chief survived the plague and through his services, the town was healed and he achieved a spiritual awakening. The projected moral of the story is that solid virtue is the golden cure for any problem.