COVID-19: How Beijing Is Trying to Change the Story 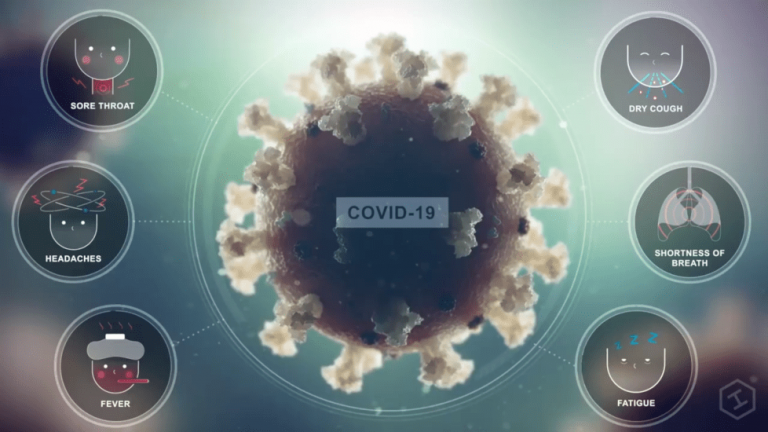 The Chinese Communist Party (CCP) has been frantically trying to influence the discussion on the CCP coronavirus and COVID-19, the disease it causes. (Image: Screenshot via YouTube)

The Chinese Communist Party (CCP) has been frantically trying to influence the discussion on the CCP coronavirus. The international community not only blames the CCP for being lax in their attitude toward controlling the COVID-19 epidemic early on and holding back important information, but it is also looking to make the Chinese regime pay compensation for the loss of business revenues and individual lives.

Ever since the coronavirus broke out, there has been a strong suspicion that it might have come from a lab in Wuhan. China has consistently denied it since such a revelation would expose the country’s inefficiency to operate high-containment facilities. And if it is later revealed that the lab has been engaged in the development of bioweapons, the culpability of the Chinese government for unleashing COVID-19 will be very high.

As such, Beijing’s official narrative has always been that the virus emerged from a Wuhan wet market, with the first case being the viral transmission from a bat to a human being. This narrative allows China to argue that the coronavirus outbreak is an accident.

However, media reports suggest that the wet market that Beijing quotes as being the source of the virus never actually sold bats. Instead, a Wuhan lab is said to have been studying different strains of the coronavirus in a bid to ensure that China’s capability to identify and fight viruses was equal to or greater than that of the U.S.

The first transmission is said to have taken place inside the lab from a bat to a human being who worked there. This “patient zero” later infected other people in Wuhan, triggering the outbreak. If this is true, it is clear that the Chinese government will try to hide it at all costs.

The Wuhan lab is known to be researching viruses like the coronavirus, SARS, Ebola, the West African Lassa virus, and so on. In a 2018 diplomatic cable, U.S. officials noted that that lab’s work on bat coronaviruses had the potential of resulting in human transmission and eventually a SARS-like pandemic.

Beijing has been silencing whistleblowers who expose the inefficient and negligent way in which the administration is dealing with the outbreak. By doing so, Beijing expects that no citizen will spout any negative view of the government. One well-known incident is related to a Chinese doctor named Li Wenliang. He sent warnings about the potential virus outbreak to his friends in late December. The authorities detained him and forced him into silence. A few weeks later, the doctor died due to being infected by the virus.

A Chinese journalist, Li Zehua, went missing in February after he posted video footage of what was happening in Wuhan. It was later revealed that he was arrested and forcefully quarantined for a month under charges of visiting sensitive epidemic areas.

The whereabouts of two additional journalists who also talked about the Wuhan situation before going missing has yet to be discovered. By eliminating all criticism against the government, Beijing ensures that only positive comments from China appear in international news, thereby creating a false impression that everything is okay in the country.

The coronavirus was initially popularly known by the name “Wuhan Virus” since Wuhan was the place it originated. However, the Chinese government was afraid that such a name would bring increased attention to Beijing’s role in the viral outbreak. As such, it went on a propaganda campaign, arguing that the term “Wuhan Virus” is racist. This is quite surprising, since many diseases do have a name that reflects the place of their origin.

For instance, the Spanish flu is named after the country of Spain; MERS, which stands for Middle East Respiratory Syndrome; Ebola is named after a river in Congo; and so on. After people started calling it the CCP virus, Beijing was even more upset. The propaganda campaign has been a partial success since most people do not currently call the virus either the Wuhan virus or the CCP virus, even though the latter name is definitely appropriate given that the Communist Party is responsible for the outbreak.

The Chinese government unleashed conspiracy theories regarding the origin of the coronavirus, blaming other countries in the process. One story suggested that the virus was brought to China by the U.S. military in October last year. Another story argued that the coronavirus emerged in Italy last year before spreading to China.

The good news is that these accusations are so over the top that literally no sane person in the world believes them. Unfortunately, due to Beijing’s iron grip over the media in China, some Chinese citizens seem to have bought the story.