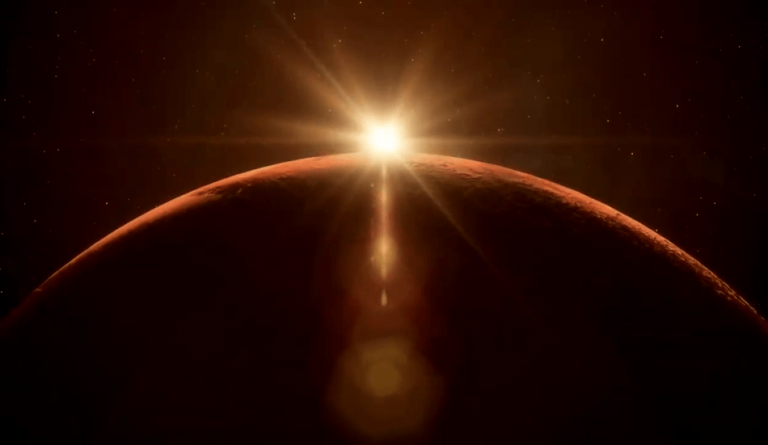 NASA will launch a mission to Mars in 2020 that is scheduled to land the Perseverance rover on the red planet by the following year. (Image: Screenshot via YouTube)

Sometime in 2020, NASA will launch a mission to Mars that is scheduled to land the Perseverance rover on the red planet by the following year. The mission is aimed at exploring the ancient environment of Mars and researching its geological processes as well as determining its past habitability. The rover will be carrying NASA’s Mars Oxygen In-Situ Resource Utilization Experiment (MOXIE), which is basically a golden box that can convert carbon dioxide to oxygen.

The atmosphere on the red planet is apparently 95 percent carbon dioxide. The MOXIE experiment will try to separate the oxygen from the CO2. The idea is that when the time comes for human missions to Mars, we would already be able to produce liquid oxygen propellant from the red planet itself, thereby eliminating the need to carry filled oxygen tanks from Earth to the planet for a return trip.

MOXIE uses solid oxide electrolysis technology, which takes low-pressure gas from the atmosphere and compresses it until it is similar to the atmospheric pressure found on Earth. The equipment then heats the gas up to 800°C. Once energy is injected into the anode and cathode, oxygen will be isolated from carbon dioxide and will be collected separately. This is where the gold comes in.

“[The box is made from gold] because we were concerned that Moxie itself would run hotter than anything else around it and we wanted to make sure we didn’t impact any of the nearby electronics boxes inside the rover. Gold has very low emissivity, which means it doesn’t radiate heat effectively,” Asad Aboobaker, instrument systems engineer at NASA Jet Propulsion Laboratory said to Seeker, as reported by KITCO.

The system will analyze samples from different Martian conditions — day versus night, summer versus winter, and dust storm versus clear weather. MOXIE is capable of manufacturing 6 grams of oxygen per minute, which is only enough to keep a small dog breathing. In the future when human exploration of Mars begins, the space agency expects MOXIE to be scaled up 200 times.

NASA is also joining with the European Space Agency (ESA) on a project aimed at bringing back rock samples from the red planet . The Perseverance mission will collect rock samples next year. In 2026, the two space agencies will send a pair of spacecraft to the red planet. One of them will land with a rover on Mars to collect the samples from Perseverance in 2028 and then launch back into orbit. The second one will rendezvous with it to collect the samples from orbit and come back to Earth by 2031.

The Perseverance rover is presently undergoing pre-launch testing at the Kennedy Space Center in Florida. The launch is scheduled to take place on July 17, 2020, which falls within a 20-day window that is ideal to launch for Mars. Should the mission miss this window, it can only be launched after a period of 26 months when the next window opens up.

As such, despite the chaos caused by the CCP coronavirus, NASA is continuing mission operations. Team members at the center are following all CDC rules and practicing social distancing to keep themselves safe from the viral infection.

As part of the “Send Your Name to Mars” campaign, NASA has stenciled the names of more than 10 million people on three microchips using an electron beam. The microchips have been attached to a commemorative aluminum plate on the rover.