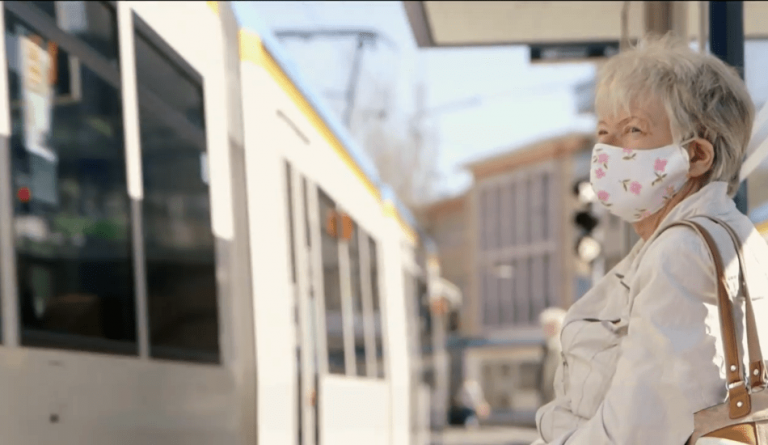 Germany has made wearing face masks compulsory as a measure to restrict the CCP coronavirus. (Image: Screenshot / YouTube)

Germany has made wearing face masks compulsory as a measure to restrict the CCP coronavirus. All the states have implemented this rule with slight changes. The number of infected CCP coronavirus patients in Germany has crossed 157,000, while the death toll is nearing 6,000.

In schools, kids have been asked to wear masks when they go out on breaks and in corridors. However, they do not have to don masks while in class. Kids are also expected to maintain a safe distance and rooms are to be cleaned frequently with disinfectant. Most children still remain at home since parents are cautious and do not want them to interact with others until the COVID-19 outbreak has at least stabilized.

In the state of Bavaria, the face mask rule is apparently being followed pretty strictly, with everyone aged 7 and above required to follow it. In Berlin, shoppers have been exempted from wearing masks. This has surprised some people who wonder why one of the most crowded places is not being brought under face mask rules. In Mecklenburg-Western Pomerania, the administration has announced a fine of 25 euros (US$27.70) for people who ride public transportation without face masks.

The German government has not insisted that people wear medical masks. Instead, homemade cloth masks are also acceptable. Several vending machines have popped up, selling these masks. Critics have argued that mandating masks creates a false sense of security since they are incapable of blocking air particles fully. Shops are apparently cashing in on the demand for masks, even selling “artistic” ones that feature patterns, paintings, and so on. Some believe that face masks are becoming the new fashion accessory.

At present, Germany ranks 5th in terms of the total number of coronavirus infected people (without counting China, since official data is likely manipulated). Other European nations like France, Italy, and Spain have more cases. Germany has surprisingly kept the death toll low. While the mortality rates of Spain, Italy, and France are 503, 441, which is 350 per million people respectively, Germany’s death rate is just 71.

Experts have been baffled by Germany’s low mortality rate. It is theorized that this largely has to do with the average age of people infected by the virus. The CCP virus is known to be very fatal for older people. As such, the greater the number of senior citizens who get infected by the coronavirus, the higher the death toll and mortality rate of the country will be.

This seems to be the case with nations like Italy and France, which have an average age of coronavirus patients of 62 and 62.5 respectively. In contrast, Germany’s average age of patients is only 49.

The German government has announced an economic package to aid people whose incomes have been affected due to the outbreak of COVID-19. “Workers forced to stay at home by the pandemic and government measures to contain it will now receive between 70 and 77 percent of net salary from the fourth month of unemployment, a ten percent increase on previous provisions. From the seventh month, they will receive between 80 and 87 percent,” according to The Local.

As far as citizens who are already unemployed are concerned, they will see benefits extended for an additional three months this year. The catering industry, which has been one of the hardest-hit business sectors in Germany, will see taxes lowered from 19 percent to just 7 percent for a one-year period between July 1, 2020, and June 30, 2021.